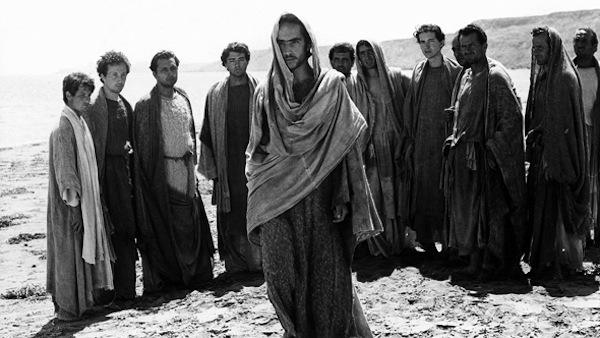 Made by an Italian non-believer, this classic and controversial black and white film has 10 screenings at the BFI over Easter – and all but one (on Monday) are sold out.

So get in quick to book for Pier Paolo Pasolini’s extraordinary re-telling of the story of Jesus Christ, which aimed to film St Matthew’s gospel exactly as it was written.

Having abandoned Palestine as a location – the director thought it lacking in visible history – Pasolini’s movie is shot in Italy, and stars a Jesus who is “a fiercely virile and political figure whose attacks on hypocrisy and social injustice guarantee him an early death.” As the BFI’s notes have it: “He may not have been the Messiah, but he was certainly a revolutionary.”

At the time of publishing, there were still seats remaining for Monday’s screening. Find out more at the BFI website. One of ten screenings still available to book at the BFI.

Next: A blaze of colour at Zandra Rhodes’ Fashion & Textile Museum