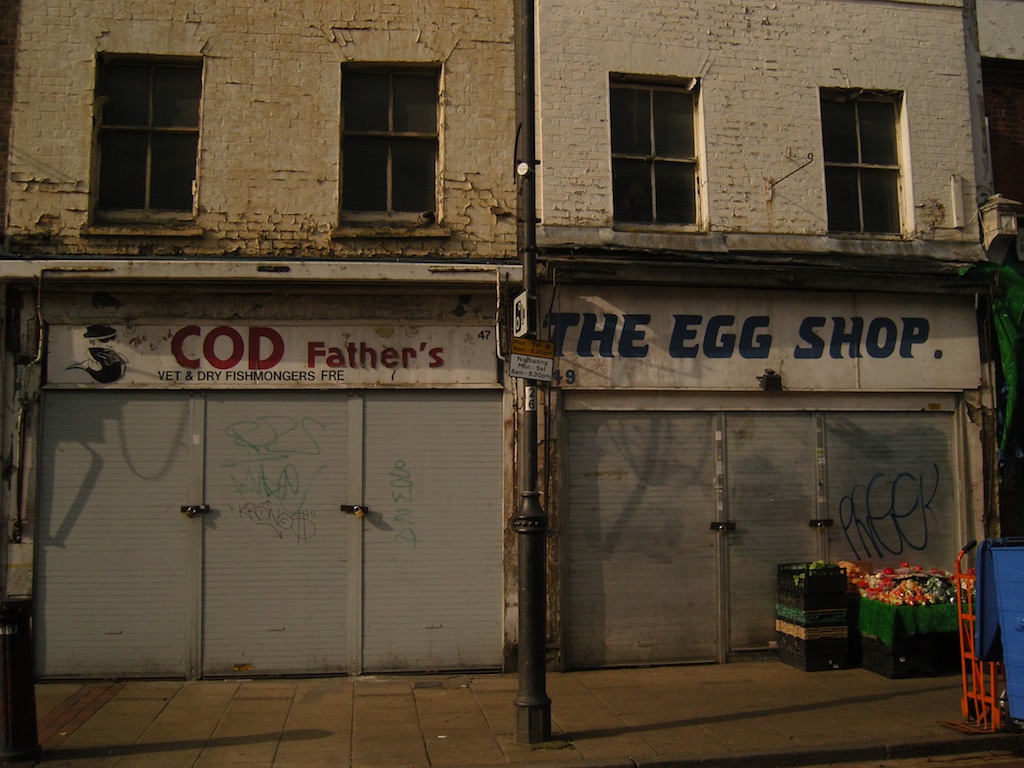 A couple of weeks ago, our review of Little Nan’s, a new bar in Deptford, caused a bit of an online debate – with one reader branding the area “a very, very scary part of London”. Discussion spread across Below the River, and also on the design blog that editor Kate runs, which featured a story about the bar’s interior.

Readers on both sites hit back: “Hot foot it back to where you came, you wimp!” wrote Iris, angrily. Hannah commented: “I live round the corner and find this bar and Deptford in general a very interesting and fun place.” And Omalleycat added: “I’ve lived in New Cross for two years now and have never had any trouble.”

So we asked our writer, Abi Zakarian, a Deptford local for more than 15 years (and the reviewer of the hotly debated bar) to give us her guide to the area. Over to Abi.

A few years ago the New York Times ran a fulsome travel piece on Deptford, describing it as “an inglorious corner of southeast London” and advising that “those with well-cushioned sensibilities need not make the journey.” It did, however, concede to Deptford’s “urban edge”.

Yes, that’s Deptford. And as a long time local of this deprived, grubby – yet, dear NY Times, glorious – borough I am happy to report I did not notice a sudden influx of camera wielding Americans asking me if I knew the Queen (I do, as it happens, but that’s another story). Thankfully we have remained a rather down-at-heel but jolly corner of London, happily going about our business amid a rather heady mix of communities, cultures and fried chicken shops. But that’s not to say a little trip to Deptford shouldn’t be booked – we’ve got more going on that you’d imagine. So, let me take you by the hand, and lead you on a trot through my lovely manor.

Best place to start is slap bang in the high street; a hotchpotch of ragged-round-the-edges shops selling everything from tattoos to religious artefacts. Come out of the newly revamped train station (opened in 1836, Deptford station is reputedly the oldest railway station in London, and the oldest suburban station in the world to survive on its existing site) and turn left to take a stroll up towards Creek Road which will lead you to Greenwich. You can pop in for a pie at Manzes, a traditional pie ’n’ mash shop that’s been here since 1902 – proper fluffy mash and parsley liquor all at super cheap prices. (When this place first opened, discovered the excellent BBC series The Secret History of our Streets, see right, Deptford High Street was so affluent an area that most of the shopkeepers had domestic staff.)

Or there’s The Deptford Project,  a decommissioned tube carriage installed next to the station and running a jolly nice cafe inside it selling breakfasts, sandwiches, soups, cakes and great coffee – all cheap and cheerful too (they host brilliant outdoor cinema nights in the summer, too, and get the – rather good – barbecue fired up). It’s worth a visit just for the bonkers décor: all personalised seats, shrines to Elvis, and Keith Haring-esque graffiti. My favourite café, though, has to be The Waiting Room, a vegetarian and vegan cafe that serves up hotdogs, burgers, pancakes and wraps in a tiny little room complete with bookswap scheme, faded pictures of the Chippendales and a soundtrack of metal.

Take a detour down Albury street to see some fine examples of homes dating from 1705-1717. These beautiful houses were occupied by naval captains and shipwrights; not unsurprising considering Deptford’s naval and shipbuilding heritage. And it’s worth finding your way to the 14th century St Nicholas’s church near the old Convoy Wharf; one of Deptford’s most famous alumni is buried in an unmarked grave here: Christopher Marlowe, who was stabbed to death in a nearby house. Look out for the creepy skull and cross bone sculptures atop the entrance gate to the church. Inside the church there’s a carved panel that’s attributed to none other than wood-carver superstar, Grinling Gibbons.

History aside, there can be no greater opportunity for people watching than having a stroll down the high street on market days: Wednesdays, Fridays and Saturdays. Awash with bric-a-brac, clothes, home products and lots of fresh fish and produce you get the whole enchilada with loud local stallholders giving it the proper patter, fantastic African, Caribbean, Chinese and Vietnamese goodies and, around Griffin Street and Douglas Way, a flea market of Brick Lane standards – junk and jewels by equal measure although you’ll need to prod and poke to find that hidden treasure.

If it all gets a bit much then head away from the high street because there’s loads more things to discover in Deptford: we’ve got a world famous dance centre at the Laban, a brilliant local arts theatre in The Albany, and thanks to Deptford being the home of Goldsmiths University there are always resident artists at work in places like The Faircharm and Creekside Artists (see right); not to mention numerous festivals and art fairs as part of Deptford X.

Read on to find out where to find Deptford’s own Banksy, and more on “that” bar…