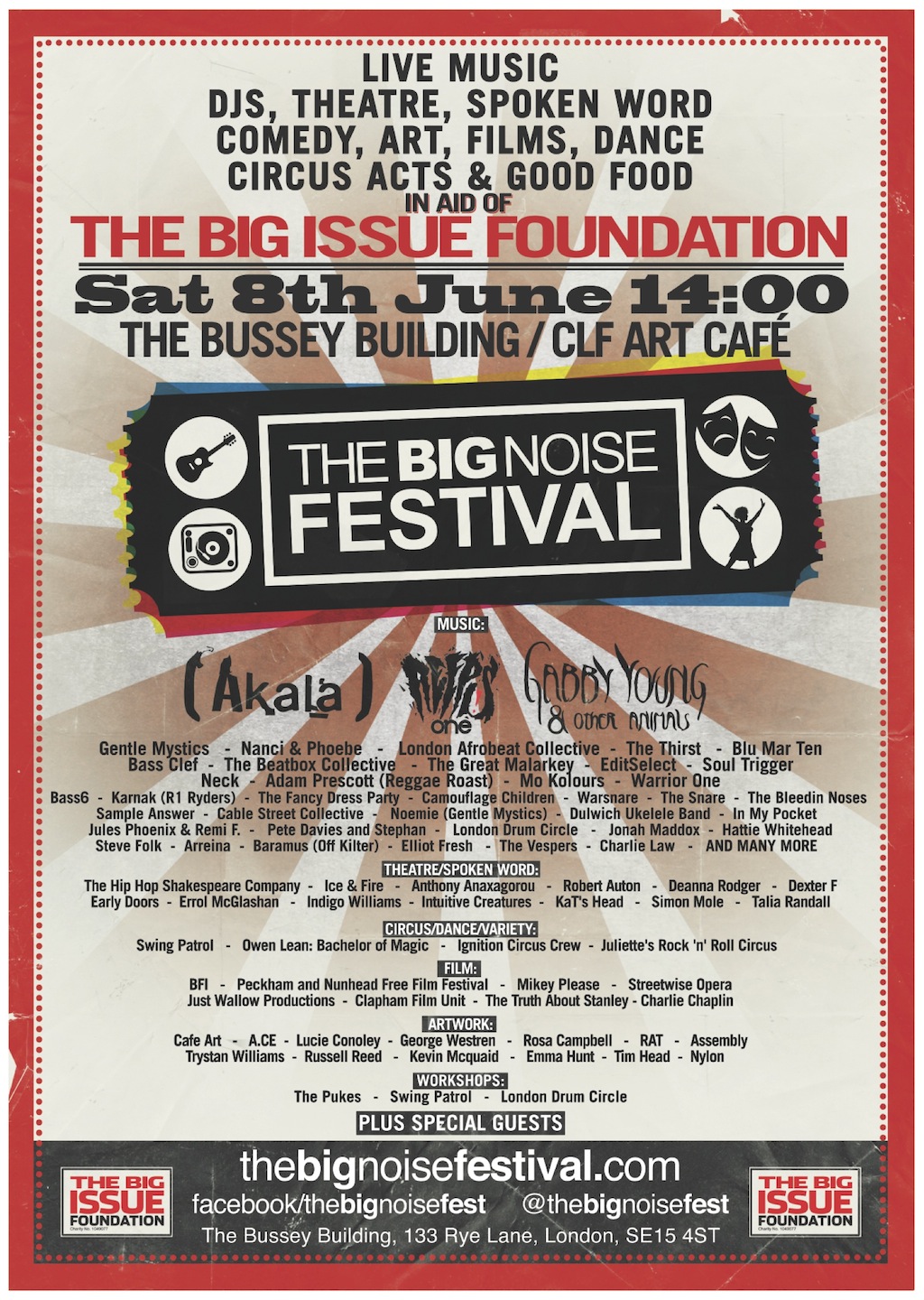 MOBO-award winning hip hop artist Akala, above, is just one of the acts performing at the first ever Big Noise festival, a 14-hour music and arts bonanza taking place this Saturday, 8 June, at Peckham’s ever popular arts venue, the Bussey Building/CLF Arts Cafe.

The event kicks off at 2pm and features DJs, live bands, theatre, spoken word, comedy, art and even circus acts, spread throughout the venue. Illustrating the diverse arts on offer, Akala’s  Hip-hop Shakespeare Company will also be performing in the theatre space.

Other musical acts include Gabby Young and Other Animals (right), and a DJ set from the Orb’s Alex Paterson, as well as beatboxer extraordinaire, Reeps, London Afrobeat Collective, Gentle Mystics, The Thirst, Blu Mar Ten, DJ Switch, Bass Clef, Mo Kolours, Warrior One and the Beatbox Collective, while on the performance poetry tip, you’ll be able to catch Robert Auton, Deanna Rodgers and Simon Mole. There will also be films gathered from the BFI as well as the Peckham and Nunhead Free Film Festivals – the latter two are local partners, along with Camberwell Arts festival, and promotes local and socially conscious organisations, businesses and individuals. All this – and tickets are a mere £10. Best of all – the event is all in aid of  The Big Issue Foundation, a Southwark based social enterprise that supports homeless people.

Big Noise Festival takes place at the Bussey Building 133 Rye Lane, London, SE15 between 2pm and 4am on Saturday June 8 2013.

Click to enlarge the image on the left for full line-up.