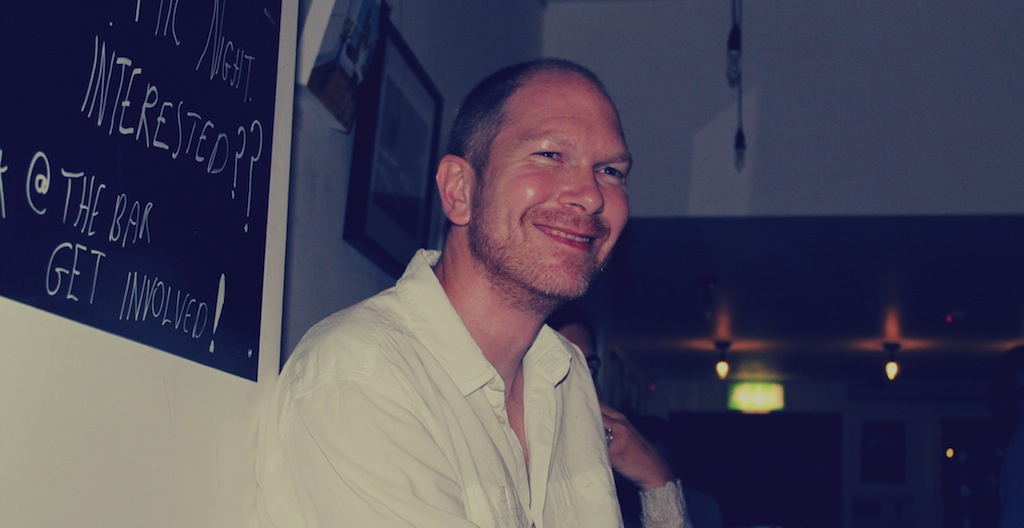 Toby Maclean is a 42-year-old “resolute Londoner”: born in Wandsworth, he later moved to Brixton for ten years and is now settled in Camberwell (in the rather marvellously redesigned flat above the Cool Cat’s Cafe – look out for its vast glass wall). “Being a structural engineer,” he says, “meant that I always harboured a desire to build the place I lived in rather than live somewhere someone else had built. I found this derelict building in Camberwell and rebuilt it and found I had a spare ground floor in which to curate the kind of restaurant/bar place that I thought should exist but is hard to find – low-key, relaxed but with good stuff.” Find him structurally engineering at TALLengineers.com and for his restaurant/bar CoolCatsCafe.com @coolcatscafe

When were you happiest?
Tomorrow – things always get better and the grass is always greener and it’s not always as a result of a new carcinogenic, biodiversity destroying pesticide. Sometimes it’s just the result of naturally fertile soil.

Where would you like to live in south London?
I’ve always quite liked the idea of living in Brockwell Park – there’s a walled and well-tended garden for privacy, the tree circle near the Herne Hill entrance for a feeling of camp-outed-ness, a swimming pool and several other water courses and a tea house for all nutritional needs. I also used to like encountering the late-night inhabitants as I short-cut through the park from Herne Hill to Tulse Hill. A happy bunch, as long as you didn’t land on their heads when you jumped the fence.

What is your favourite south London sound or smell?
The crack of summer thunder and the smell of rain after a dry spell; I’ve just looked this up – it’s called petrichor, with splash of ozone. Of course this is not strictly speaking a South London thing…

Who is your favourite south Londoner?
I know Michael Faraday, the electricity pioneer, was a south Londoner, mostly because he was born in Newington Butts just south of the Elephant and Castle roundabout [hence the name of the unusual building in the middle of it, once – wrongly – rumoured to be home to the Aphex Twin].

What is the most important lesson life has taught you?
The American author, Kurt Vonnegut, had good advice for life: when things are pleasant, look around and say to your companion, or to yourself if you are alone or your companion isn’t listening, “Well, if this isn’t nice what is?”. Take time to appreciate those moments.

What is your earliest south London memory?
The summer of 76 sticks in the mind as one of the first times I was sufficiently self-aware to think “this is hot”. And it’s been scientifically proven that there will never be hotter summer in south London. People from north London were flocking to the Lidos down here and reserving deckchairs with rolled up copies of the Guardian.

Your favourite south London building or landmark?
For me, Battersea Power Station is the most iconic, particularly now it’s a crumbling hulk. I like that it somehow stubbornly managed to withstand redevelopment for about 30 years despite hundreds of millions of pounds being squandered on grand schemes for multi-use, retail, living, work parks all, until recently, to no avail.

What is your guilty south London pleasure?
Everyone should have a Friday night at Giuseppe’s off Borough High Street at least once [check it out in full swing in the clip, above]. It’s an Italian restaurant that becomes a club on Fridays after about 11pm and there is normally someone crooning Frank Sinatra hits amid cheesy pop recordings as punters dance amongst the tables. For some reason there is also a shark’s jaw bone normally lying about which can be used for impromptu embellishment of dance moves.

Where do you hang out?
If I’m not at Cool Cats’ Cafe, then I’m probably at the Prince Albert in Brixton.

What simple thing would improve your quality of life?
I’m thinking about introducing a new clock that runs 1/11th faster than normal clocks – ie, every hour is compressed into 55 normal minutes – which means if every one carried on working eight hour days, sleeping eight hour nights etc but using the new clock we’d all have two hours free every day to use to do all the things we never get round to doing / see the people we never get round to seeing / or having an extended lie in.