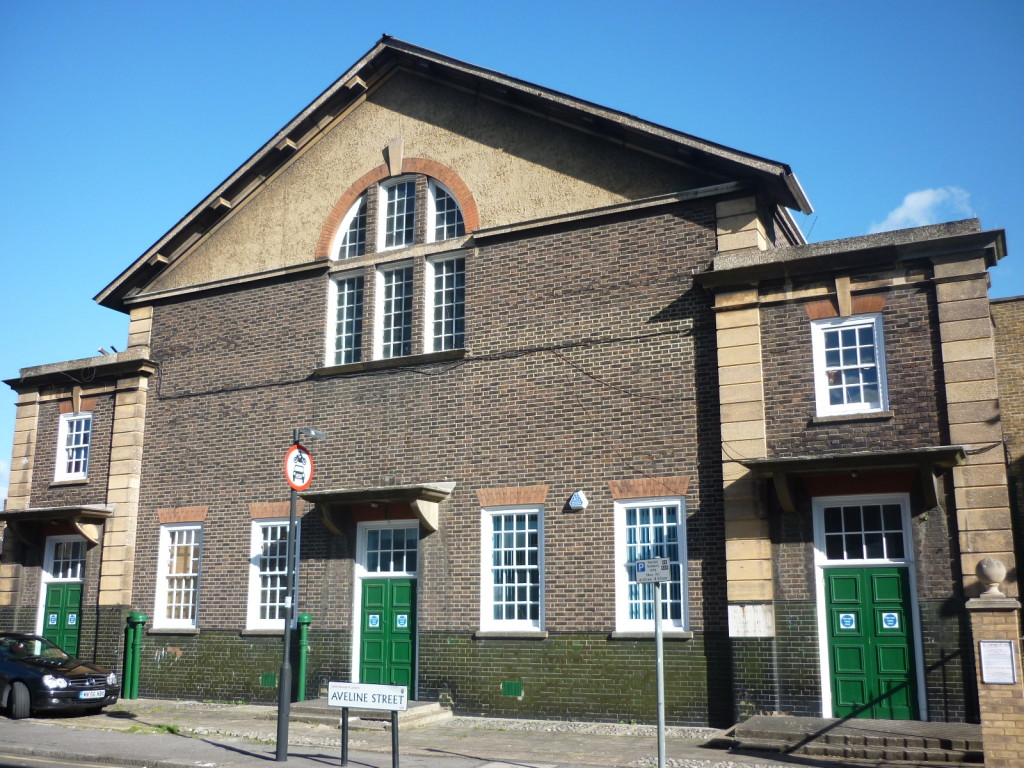 In 1959, Alford House became London’s most famous youth club. In fact, it probably still is. The SE11 establishment in Aveline Road, Oval, has been the focus of no less than three documentaries – and the first was the trailblazing ‘We Are the Lambeth Boys’, a 50-minute black and white film shot over the summer of 1958 and released to cinemas the following year – with the other two made as latter-day spin-offs. The initial film was trailblazing because it was one of the first positive celluloid representations of the working class: it follows teenage Teddy boy (and girl) members of Alford House at the club’s dance nights, hanging about their Kennington Lane estates, gossiping about ‘fellas’, smoking, at work – as postmen, butchers, pie factory workers – and going to the chippy at the end of a night.

‘Lambeth Boys’ – which represented Britain at the Venice film festival and won the Grand Prix at France’s Tours short film festival – was directed by Karel Reisz. Ring a bell? He also made 1961’s cult, ‘Saturday Night and Sunday Morning’ – his first feature film – and it’s not hard to see ‘Lambeth Boys’ as a stylistic and thematic warm-up act. Aside from the jaunty jazz soundtrack by Johnny Dankworth, the documentary’s social realism mirrors the then burgeoning genre of Kitchen Sink dramas of which, of course, Reisz’s debut feature was a key player. ‘Lambeth Boys’ also provided a different perspective on the youth of the day – who, particularly in their Teddy Boy incarnation – were feared. Or, as the film’s voiceover has it were “the ‘rowdy generation’, so often in the headlines”.

“The main difference between now and then?” asks current club manager, Tim Saunders, “then, if you’d have asked anyone around the Kennington area where Alford House was, they’d have known. Now, I’m not so sure.”

And he is pretty well placed to compare the then with the now – Saunders was a member in the 1970s, and – along with his sister, Kathryn Saunders, who also works at Alford House – he has followed in his father’s footsteps – Mick Saunders ran the club from 1959 to 1995.

Alford House was founded in 1884 “to promote the mental, moral, physical and spiritual wellbeing of, and, in particular to provide facilities for mental, moral, spiritual and physical training and recreation … particularly for those between fifteen and twenty years of age no longer in full-time attendance at school”. Its founder was local philanthropist, Frank Briant, latterly, the Liberal Member of Parliament for Vauxhall and the club had originally started life in premises on Lambeth Walk. It has been in its current location, a 1909-built neo Georgian mission hall style building, since 1950. Aveline Street – formerly Esher Street – was badly bombed during the war, and extensive repairs were needed before the club could set up shop. The building was recently ‘local listed’ by Lambeth Council.

When the film crew turned up in 1958 to make the documentary, word spread fast. One of the film’s stars, the angular-faced ducker and diver, Adie (left), is described in the commentary as a boy who’d “go anywhere for an audience”. Saunders recalls his late father – who knew all the boys from the film – telling him that Adie had been going to another youth club until this promise of fame lured him to Alford House.

So what other changes has Tim Saunders seen in his long relationship with Alford House? “Technology, obviously, has made a difference,” he says. “You won’t come in and hear music blaring out, or bands playing – instead there’s now a music studio.” The dances, too, no longer happen: “We used to have them when I first started,” he says, “but they attracted a bit of trouble…”

But overall, there is – perhaps surprisingly – far less trouble now than there was in the past. “I remember you’d come out of the club at closing time in the 1970s and people’d be looking for who was having a fight. And my dad used to tell me stories… it was very much a Mod club and so there was always trouble when the Rockers would come round.”

“That sense of community around Kennington has really gone,” Saunders says. “There was a recent Lambeth report saying that the borough had 35,000 people move in, and 35,000 move out in 2011 – so it’s not surprising with such a transient population.”

Then again, Saunders admits, the evidence is contradictory. “Only this morning a group of grandparents – all former Alford House members, who have stayed pretty tight – dropped off their grandchildren, telling them, ‘Get in there and stay out of trouble!’ It’s really nice to know that after their time here, they still think of it as a safe place to bring their families.”

Find We Are the Lambeth Boys on the BFI DVD compilation Free Cinema. Here’s a clip