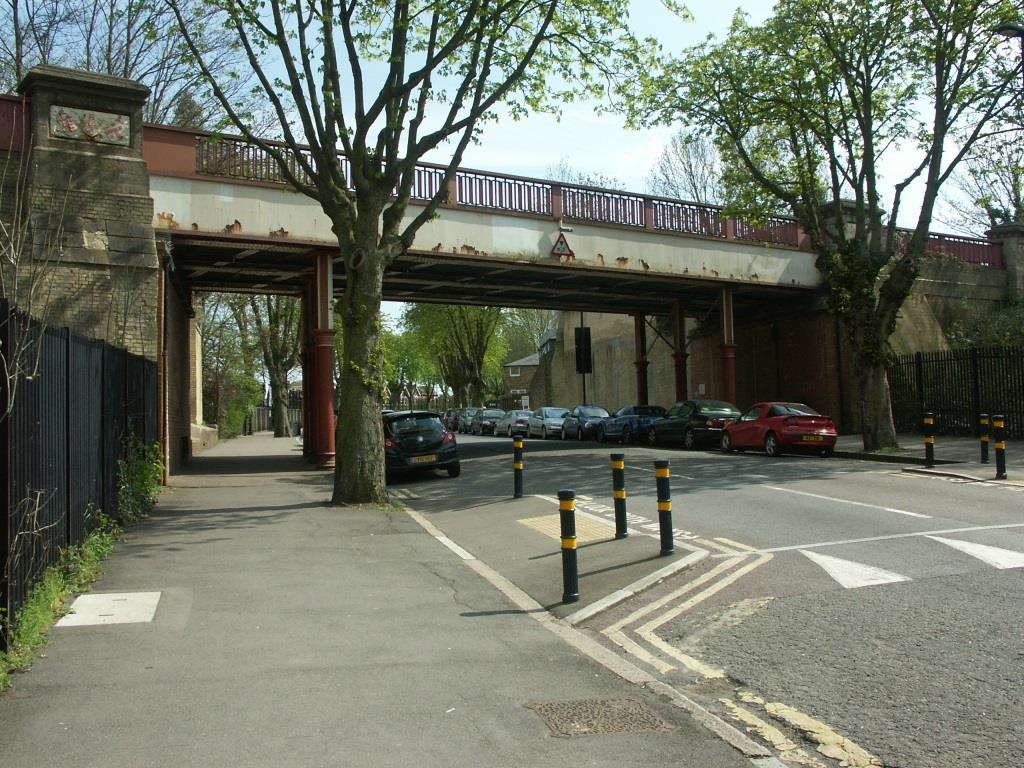 What’s special about this west Dulwich bridge? You may well ask. Rust-stained and peeling, this one – on Rosendale Road – and its two companion crossings on Croxted Road and Village Way are, arguably, architecturally unremarkable.

So their impending reconstructions later this year, by Network Rail, for strengthening, should be good news. But quite apart from the anticipated traffic chaos the building work will prompt (a recent South London Press headline warned it could “cause the biggest traffic jam in years”), some have also expressed fears that an important part of local history will vanish.

Though the bridges , built between 1865 and 1866, might not look very special, they were designed by Charles Barry Junior, also responsible for the rather more lavish Dulwich College. This extravagantly terracotta-clad, Italian Renaissance-inspired seat of learning was described by the 20th century novelist and poet Lawrence Durrell as: “A fair candidate for the wildest Victorian building in the whole of London, with a crazy Dostoevskian gleam in its eye.”

Barry Junior also had a rather famous father: Sir Charles Barry – with Augustus Pugin – was the brains and architectural drawing board behind the design of the Houses of Parliament, as well as the grand Reform Club on Pall Mall and notable country estates including Cliveden. Indeed, the Barrys were quite the design dynasty – with four of them following in their father’s footsteps and knocking up key London landmarks including the Royal Opera House, the Great Eastern Hotel and Tower Bridge between them. No wonder Dulwich has its own Barry Road (so named in 1867).

But back to the contentious bridges. Their construction was inextricably bound up with the land attached to the Dulwich College estate. The railway companies’ cash – they paid the estate handsomely for building across it – is what financed Barry Jnr’s construction of SE21’s most famous academic institute, between 1857-66. So, while perhaps drabber, they are important. And the Herne Hill Society and Dulwich Society say the plans from Network Rail will mean original Victorian features of the bridges will be lost.

Vice-chairman of the Herne Hill Society, Laurence Marsh, says the removal of six cast iron columns from each bridge is unnecessary. “They do not, it seems, have any functional use, and certainly would not in the future, though they would have done when put there 150 years ago. Network Rail, meanwhile, say that while they will not replace the columns, they will conserve the decorative crests [seen left, on the Rosendale Road bridge].

By way of precedent, previous restoration in the area includes the road bridge outside North Dulwich station where a plaque showing historic crests (pictured below) was put back to previous glory.

Bernard Nurse from the Dulwich Society explains that the plaques on all the bridges show the date of construction – 1866 – the former London, Brighton and South Coast train company’s coat of arms, and the initials of Alleyn’s College – once the name of Dulwich College, which was founded by in 1619 by the Shakespearean actor-manager, Edward Alleyn. (And in case you are wondering, yes, Alleyn’s School on Townley Road was the College’s original site until the 1866 move, and the schools – along with the nearby James Allen Girls’ school – retain links thanks to their joint founder.)

“Our society and the Dulwich Society,” continues Bernard Nurse, “want the columns to stay. They look rather sad and neglected currently, but that could easily be remedied.

“We do not claim these three bridges to be the grandest examples of Victorian railway architecture or engineering, but they are part of our local historical heritage and if you remove the columns you remove something that gives the bridges a certain style and character and adds to the interest of the streetscene, which will become just that bit more bland if the columns are lost.”

This is box title
Sources: Dulwich College and Britain in old Photographs: Camberwell, Dulwich & Peckham, by Stephen Humphrey (Sutton Publishing). With thanks to the Dulwich and Herne Hill Societies.