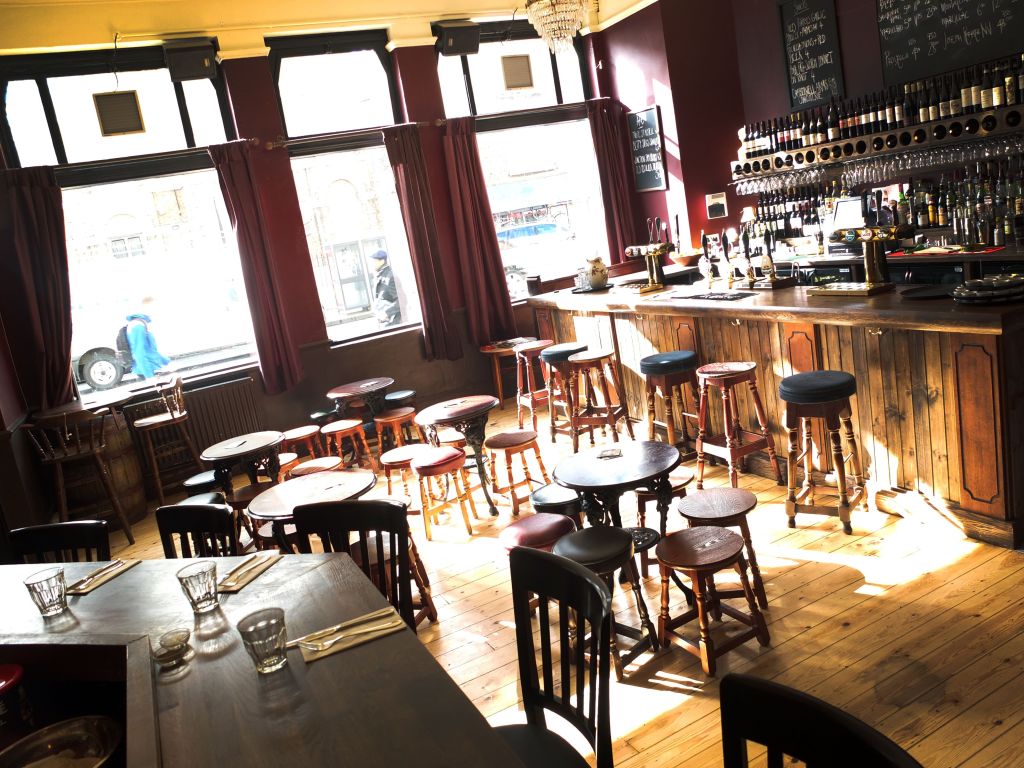 Camberwell exudes a pleasingly laidback feel on a Saturday stroll down Church Street.

And the other weekend it was nice to see that the folk behind some of the best foodie pubs in the capital – the Canton Arms, Great Queen and Anchor & Hope – had taken over the Camberwell Arms on this thriving stretch. I know, how did we miss that? Especially as the Canton is truly one of our favourite south London “treat” joints.

Step inside the CA and the interior is as classic as you’d expect: dark panelling, an eat-at counter overlooking the open kitchen, and emphasis strictly on food. It was half twelve, so the atmosphere was chilled, quiet even, but by 2pm a pre-wedding party was whooping it up at the bar over free-flowing pints and large glasses of Sauvignon.

Settling in the corner with a suitably livening Campari spritz and the menu, we’d happily have plumped for several of the starters, say the buttered shrimps with pickled cucumbers, or kofte and beetroots. But on this occasion, we decided to share just two mains from a list heavy with pork and beef dishes (the Barnsley chop being particularly enticing – perhaps next time).

And the food? A medium-rare sirloin (£20) arrived a tad overdone, all things considered, but being Dexter beef (you know, the small black cattle) its marbling yielded a real tenderness and buttery, nutty flavour. It also came powered up with a fiery mound of horseradish, peppery watercress, and some of the crispiest fried potatoes imaginable.

Even better was chargrilled octopus with white risotto and gremolata (£15). Marinated, braised in the oven, and finally chucked on the plancha, the process produces a transformative texture and roast-chickeny complexion, its big, meaty notes freshened by garlic, lemon and parsley. Wonderful.

Other points? Service was friendly, if laid-back: at one point several of the staff were doing the “everyday robot” thing on their phones, or having a chat amongst themselves, when it would have been nice to get their attention. And we were given the wrong bottle of wine, having ordered a Gamay, although the chilled Tragolargo Alicante that was served instead was so tasty we were happy to drink it.

The verdict? Pretty darn good. Go, perhaps, as we did, after a visit to the South London Gallery, which is showing a solo exhibition by acclaimed US conceptual artist Lawrence Weiner (until Nov 23). Oh, and to get the most out of a mooch in Camberwell, read our recent guide here. Stephen Emms