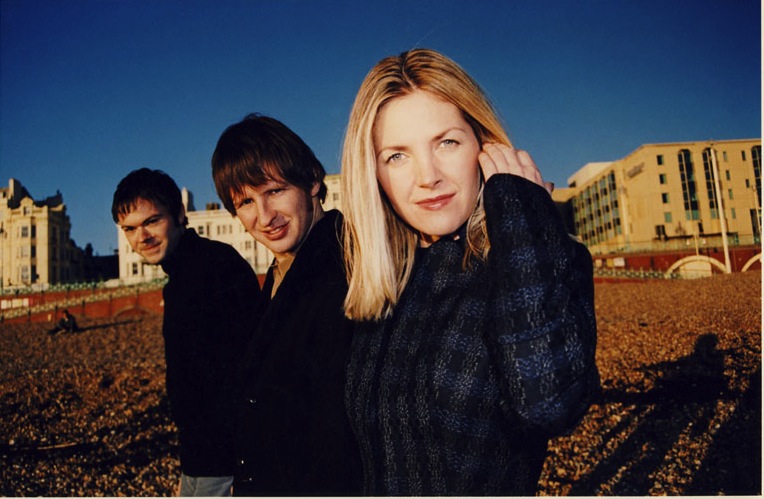 As much of a fan of Saint Etienne as we are? Well, the good news is that the original soundtrack for the film How We Used to Live is to be released on 9 December. (We even remember queueing up as teenagers at HMV Oxford Street to get our copies of So Tough signed. Sigh.)

For the uninitiated, the album also doubles up as the debut solo work from one third of the Et, Pete Wiggs. Vocalist Sarah Cracknell and Debsey Wykes (of Dolly Mixture and Birdy) provide typically gorgeous harmonies.

The film it’s attached to – How We Used to Live – was directed by acclaimed film-maker Paul Kelly and is a celebration of post-war London. Saint Etienne have become known for their cinematic paeans to the capital, and this latest collaboration between the band and Kelly is a prequel to their documentary Finisterre, which premiered in 2003 and has just been released with their subsequent films on DVD by the BFI entitled A London Trilogy.

So what’s it about? “Just imagine being able to take a time machine back to the recent past and make a contemporary film with the advantage of having seen the world from a twenty-first century perspective. How We Used to Live would be the result,” says writer and Below the River contributor Travis Elborough.

“Using footage from 1950-1980, the film covers the early days of the welfare state up to the opening years of Margaret Thatcher’s rein. From the shadow of the war and the great future created by the welfare state to the rise of individualism and the triumph of the consumer society, it is as much a meditation on life now as then.”

Elborough co-wrote the script with Saint Etienne’s Bob Stanley and the film, which mixes history with fantasy, is narrated by a fictional character who fell “hopelessly in love” with London as a child in the suburbs.

“We’ve actually been working on the film on and off for the last couple of years now,” Elborough told us. “I’ve known Bob Stanley and Paul Kelly for quite a while now – and I had the honour of doing the back cover sleeve notes for their last album Words and Music by Saint Etienne and for the deluxe reissue of Tales from Turnpike House. This film is for anyone who has ever tried to understand their city.”

This is box title
There will be a special soundtrack launch screening of the film on Sunday December 7, at Curzon Mayfair, 38 Curzon Street, London, W1J 7TY. Doors: 3.45pm. Post-screening Q&A with Saint Etienne (Bob Stanley, Pete Wiggs, Sarah Cracknell), Paul Kelly and Travis Elborough. The soundtrack is out Dec 9