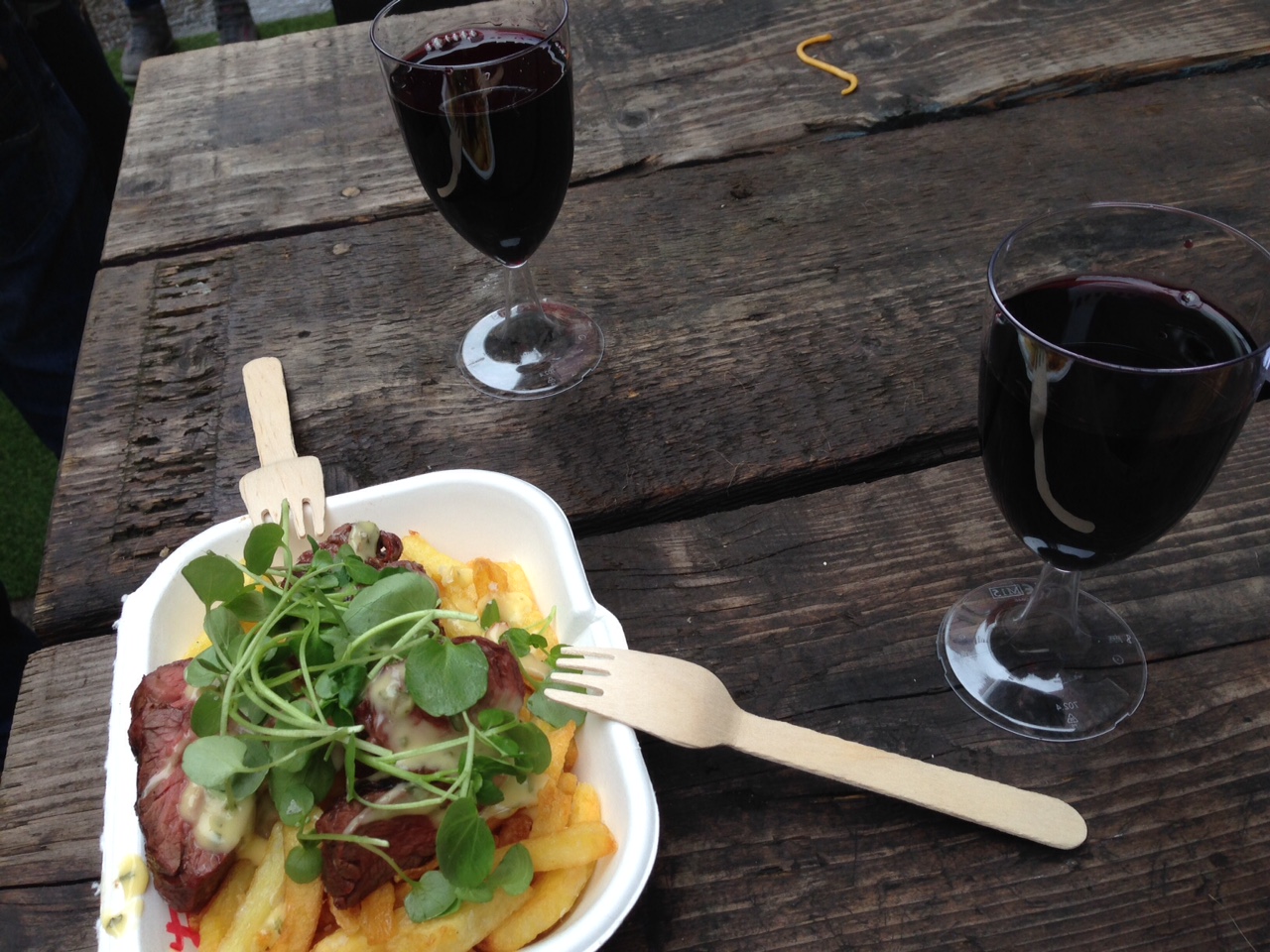 Maltby Street Market – and how to do a perfect riverside Sunday

From a surprise beach to a random drag contest, why an impromptu weekend walk is enough to restore your faith in the city

It was raining. Not torrential, but wet enough to instil a sense of ennui, lassitude even. A day for a slow-cook Sunday roast with the papers.

But then again, being a drizzly weekend morning, didn’t that mean it might be easier to, y’know, do stuff without battling the hordes?

Deciding on an impromptu adventure, the bloke and I hit upon on a plan: to follow the sludge-grey Thames to a much-hyped destination we had never visited: Maltby Street Market in Bermondsey.

It took an hour to walk to Blackfriars Bridge from our flat, where we were caught in the throng of the Tate Modern,  and press of tourists on Clink Street. Borough Market is mercifully closed on a Sunday, and yet this seems to push many thwarted visitors towards the now equally foodie-famous Bermondsey Street. But at least the rain – and wind – kept up. Today was not, we concluded, for the faint of heart.

First off? A quick bite at the acclaimed José (104 Bermondsey Street). Usually rammed, arriving before one o’clock meant immediate access to the counter seats for a perfectly cold glass of Estrella, garlicky pan con tomate, and salty, tender calamares.

Albarino in hand, we stared at the worsening weather through big dark windows. Waterproofs glistened on passers-by, umbrellas flailed in the wind. A decent breeze dragged the rain across the sky, although it was still not in any way about to pass.

But we paid up and pressed on. Maltby Street – or rather Ropewalk, as the bunting-strewn backwater is called – is just five minutes from Bermondsey Street. A colourful row of streetfood stalls line the right hand side, with a mix of pop-up and permanent bars tucked snugly under the arches on the left. Folk milled about, sighs audible from the weather.

At atmospheric and dimly-lit bodega Tozino, the barman shook his head. “It’s too much these days,” he sighed. “Too busy. Too many people know about it. You’re lucky it’s bad weather today.”

And perhaps we were. Because we were easily served everywhere. At Tozino we scoffed a plate of jamon (from corn-fed Iberican black pigs) with more pan con tomate (not quite as good as José, it must be said). Just down the way we shared a teeny but tasty lobster roll – a little pricey at £12.50 – with some Chablis. And to finish, the best bargain steak-frites in London, just eight quid from The Beefsteaks: a flavoursome onglet, with fingerlickin’ triple-cooked chips.

Then, perched on a make-shift wooden table with a dark Cotes de Roussillon from M-Wines, we watched the ebb and flow of traffic, from tourists on their first day’s holiday, to gay couples with dogs, and twentysomethings en masse cramming burgers into their mouths.

And we couldn’t leave without a wander round Lassco, the cavernous interior shop that owns the entire arches, its items becoming increasingly attractive as the wine kicks in. (Culture vultures should check out the nearby White Cube, Fashion and Textile museum and the Eames gallery, currently showing etchings by Jason Hicklin.)

And then – just like that – the rain cleared. It was a peach of an evening as we headed back west along the river: the tide was out, and the exposed sandy strip seemed inviting. Clambering down the steps, it was as if we were really on a city ‘playa’ somewhere far away: a group of Mexicans sang and played banjos on a rug, and curious loved-up couples tentatively hovered on rocks and pebbles. “It’s amazing how London continues to be inspiring,” I said to my bloke.

By now it was getting late, and we hurried along the embankment and over Charing Cross bridge to jump on the bus home. But we couldn’t resist a quick half at Halfway To Heaven, an institutional gay bar just off Trafalgar Square.

And despite the justified nationwide dismay over venues like this closing in their dozens, it was reassuring to see a packed-out crowd and a hilarious “Drag Idol” competition. Young guys whooped and screamed; and all around the feelgood factor was palpable.

Many in the crowd were in the their sixties and beyond. As we left, one older man leant on his stick, perhaps a regular here for half a century, quietly surveying the noisy scene all around him. What was he thinking?

It was a touching moment in a day that showed this city can always still surprise, even with rapid change afoot – and even if you’ve lived here for years.

Maltby Street Market: Ropewalk is open all day Saturday and Sunday ( till 4pm), with many of the permanent restaurants like St John and Tozino open evenings Wednesdays-Fridays too. More info here. Halfway To Heaven (7 Duncannon Street, London WC2N) is open daily until late.