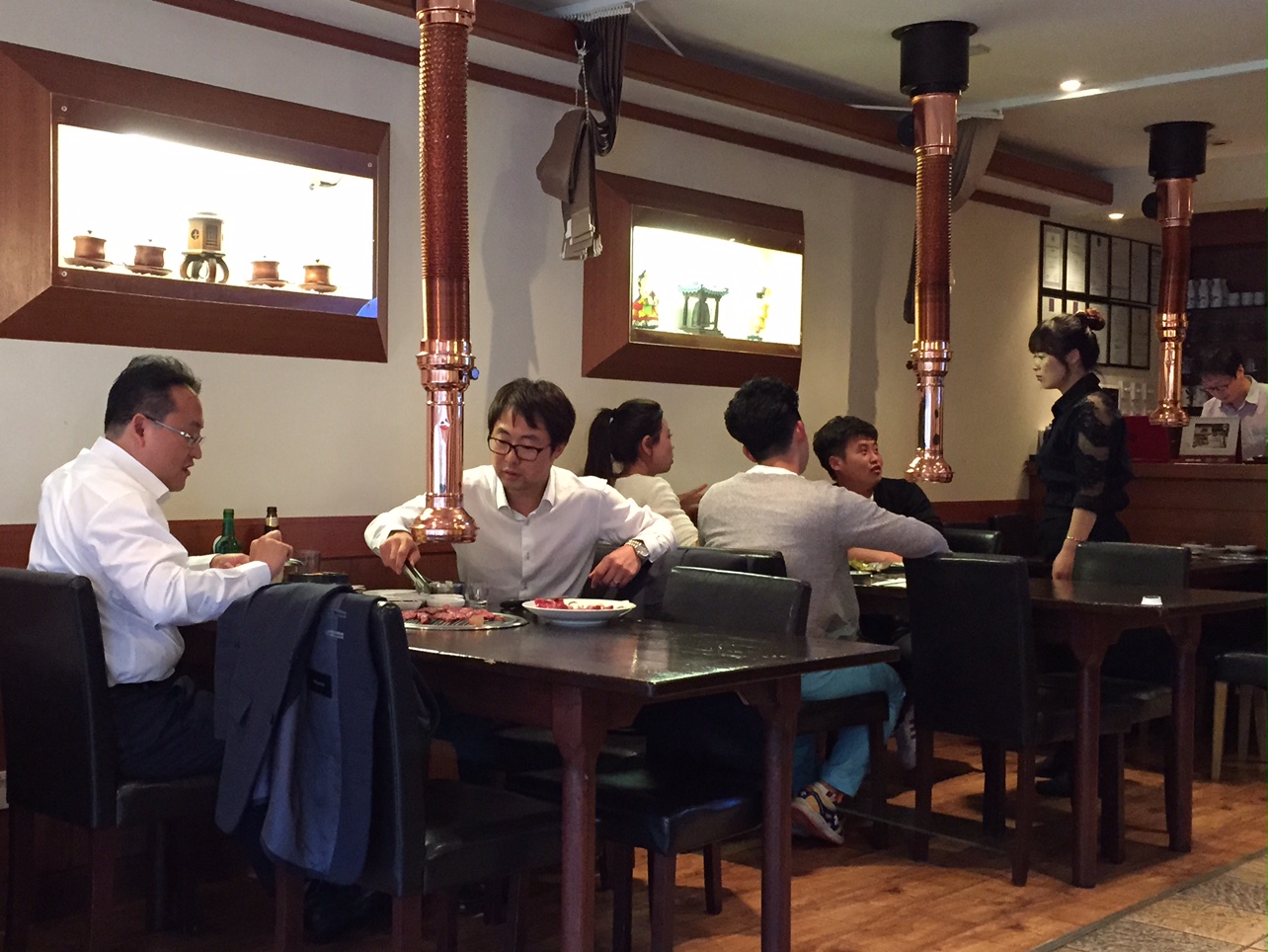 It's right down in south-west London, but 'Korea Town' (or 'K-Town') is well worth a hop on the Waterloo-Kingston line

It used to be my playground. Well, kind of. I grew up in New Malden – Zone 4, don’tchaknow – in the 1980s and ’90s. Most of my memories? Well, they revolve around spending far too much time on the nightbus after a gig or club, as it crawled through south London back to what was called the Fountain at the top of the high street.

But that train up to Waterloo! For a teenager it was a life-saver. You could be in “town” in twenty minutes. And drinking cheap cans on your way up there in expectation of a night at The Marquee (RIP) was almost as fun as the night itself.

In short, back then it was the kind of suburb that any urban-minded wannabe city kid dreamed of leaving. And yet, as the Korean population has taken hold in the area, a new, more interesting identity has emerged over the last couple of decades. Now there’s a different energy, not to mention an increasing array of buzzy restaurants that have won national – and international – acclaim.

But first, why and how did South Koreans (about 10-20,000 depending on which estimate you believe) come to New Malden at all? It’s generally attributed to two things: firstly, the residence of the South Korean ambassador in the area in the 1970s, prompting many Koreans to arrive following his example, and second, the relocation of brands like Samsung Electronics’ UK division.

Whatever the genesis, the good thing is that in 2015 the community is large enough to sustain a city-style bustling atmosphere in its eateries. Even on a Tuesday night every table can be taken in the most popular places – and mostly by Koreans. Which made me wonder instantly: why don’t more non-Koreans eat at these well-priced joints? If I still lived in New Malden, I wouldn’t eat anywhere else.

Last year when I visited mates in New Malden we all went to Yami, a very reliable BBQ grill bang in the the central stretch of the high street. The other week, however, I was keen to try the area’s most rated option, Su La, raved about by every broadsheet critic and blogger alike.

So imagine how disappointing upon arrival that it was randomly closed – for a three-day refurb, no less. Next door, the Genghis Khan was filled to the rafters, and has received praise online too, but as we were about to walk in, I remembered reading about another rated option a few doors down.

Korea Garden has a frontage that’s deliciously out of date, like a takeaway from the ’70s. But the decor inside is nice, smart even, with bronze snake-like extractors hanging over the grill in the centre of each table, all of which were occupied. My old friend Kate and I sat and waited – without being offered drinks – as the server cleared us a spot. Through a door into a private dining room we spied a riotous party of businessmen, all necking the easygoing, very fizzy Cass Korean beer.

Kate has lived in New Malden for eighteen months now (an emigrée from Earlsfield) and fancies herself as a bit of a dab hand at ordering correctly, so I left it to her. A starter of kimchee pancakes (£6.90) had just a bite of spice – and were light and crispy enough to polish off with ease. Another of pan-fried squid (£7.90) was less consistent: perfectly tender in parts, less so in others. But its fiery sauce was perfect to mop up with the pancakes.

Grills are the star attraction, of course. We ordered a side of bibimbap (£7.90), cooked meat stirred at the table by the waiter into rice and vegetables. And then the beef was whisked out – one plate a selection of rib eye cuts (£11.90), the other a slab of marinated meat (£8.90) – presented raw, with tongs and scissors to help you along the way.

Once the grill is lit and deemed ready by staff, you layer the cuts across it and cook it to your liking. Simple as that. The extractor sucks up most of the smoke, and a waiter will occasionally come along and prod bits of onion that have started smoking while you’re too busy nattering.

There was more than enough food all in all, and the chargrilled rib eye especially was tender and moreish. After trying both Korean beers – we preferred the Cass to the more popular OB – we switched to a glass of slightly uninspiring house red. But wine isn’t the reason for a visit. It’s the experience as a whole.

A couple of days later, Kate sent me an excited text. She and her partner Matt had finally made it to Su La for the first time since the refurb. It had, she said, been taken over by a chef trained at Umu in Mayfair,who plans to change the menu and introduce a wine list (which it didn’t have before). It was also packed to the rafters.

But actually, she conceded, although she enjoyed Su La, Korea Garden was much, much better.