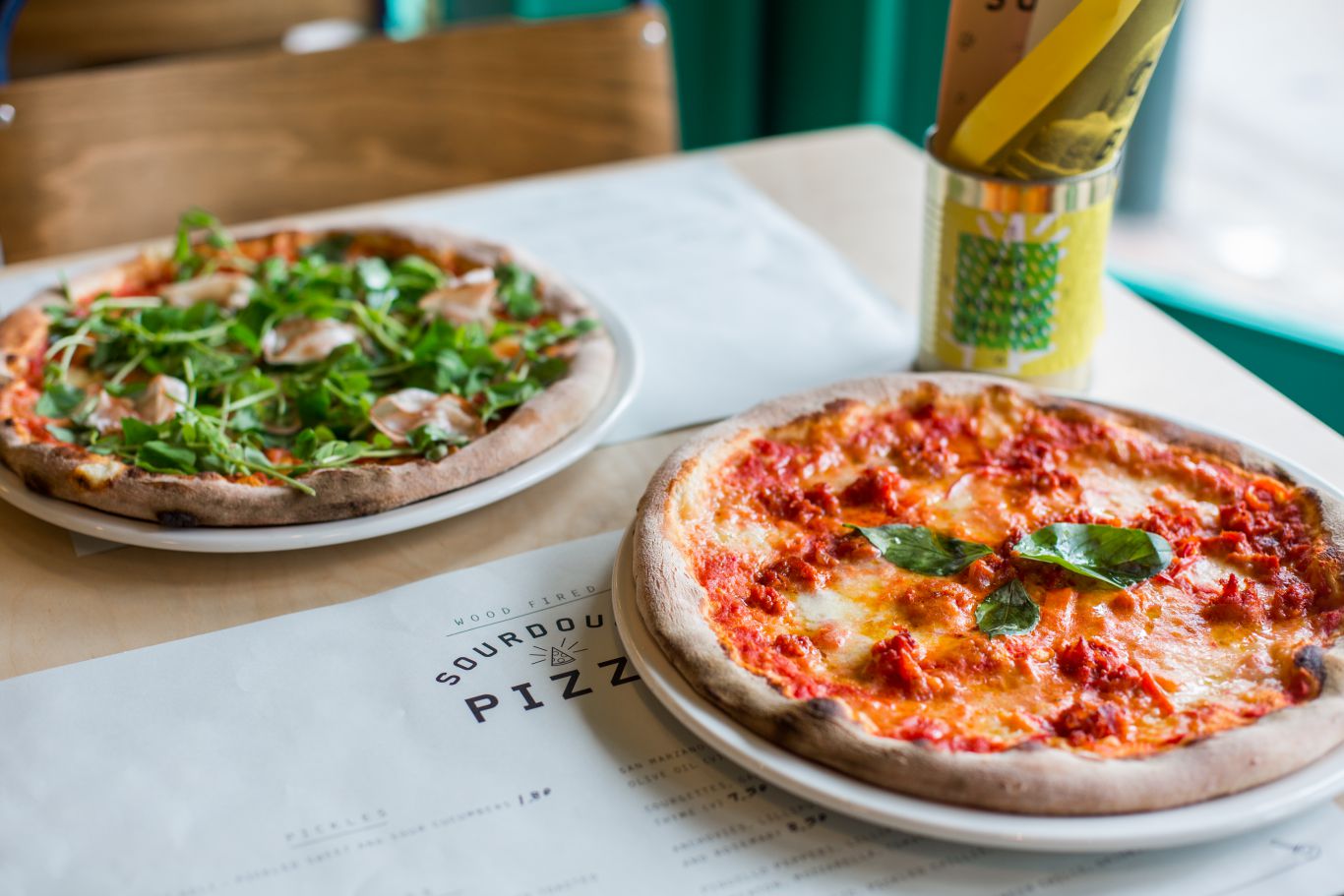 Start with a local beer two doors down at the friendly Beer Shop – we rate the Gypsy Hill’s Beatnik Pale especially – and then grab a high table at the ‘Rabbits’ to get full view of the 400 degree wood-fired oven.

The interior is a typically tiled industrial-minimal vibe populated by the expected clientele of families, twentysomething couples and student types. A good range of craft beer is chalked up (impressive to see the excellent Time & Tide from Deal, Kent), and service is fine with just a hint of insouciance, mostly down to the youthful age of the staff.

Food-wise, the USP is that the team use mostly British ingredients, and the specials are seasonal: charcuterie is from SE1-based Cannon and Cannon, and the beef is 35-day, dry-aged.

And they make a particular thing about the dough, which is left to rise for 48 hours: this, they claim, makes it easier to digest as much of the “work” to break down the enzymes has already been done before you eat it.

Our pizzas were pretty tasty, with a decent price point (around £7-£9), the bases yielding satisfying texture and chew. An anchovies, capers and onion regular from the main menu packed the woody hit of rosemary, while a meaty special of venison and red wine sausage, backed up by cavolo nero and pecorino, was as warming as a hug on Bonfire Night. Using top notch San Marzano tomatoes adds a strong sweetness to the toppings, too.

A couple of things? Although our side salad, with its radishes and toasted seeds, was more than decent, we reckon they should do starter sizes of their salad mains, too: a request for a beetroot special was swiftly refused. And a service hiccup meant the olives, which we’d hoped to nibble on as we waited, came out the same time as the pizzas. But at least they were discounted from the bill: a nice gesture.

So what of the name? It’s all about celebrating “fermentation and two of the best things it has given us, pizza and beer”. And yup, there’s plenty of both in this place. (On the restaurant’s website you can read an appealing backstory about the myth of the Aztec gods of fermentation and alcohol getting it together one night and creating the titular hedonistic bunnies.)

Afterwards? Well, we marched straight to the louche Montague Arms for a post-prandial. But we’ll save that yarn for another day.

This is box title
We paid £37 inc service for a 500ml of house red, two pizzas and a side salad. Four Hundred Rabbits is open daily from 5pm (12pm weekends) at 143 Evelina Road, London, SE15 3HB