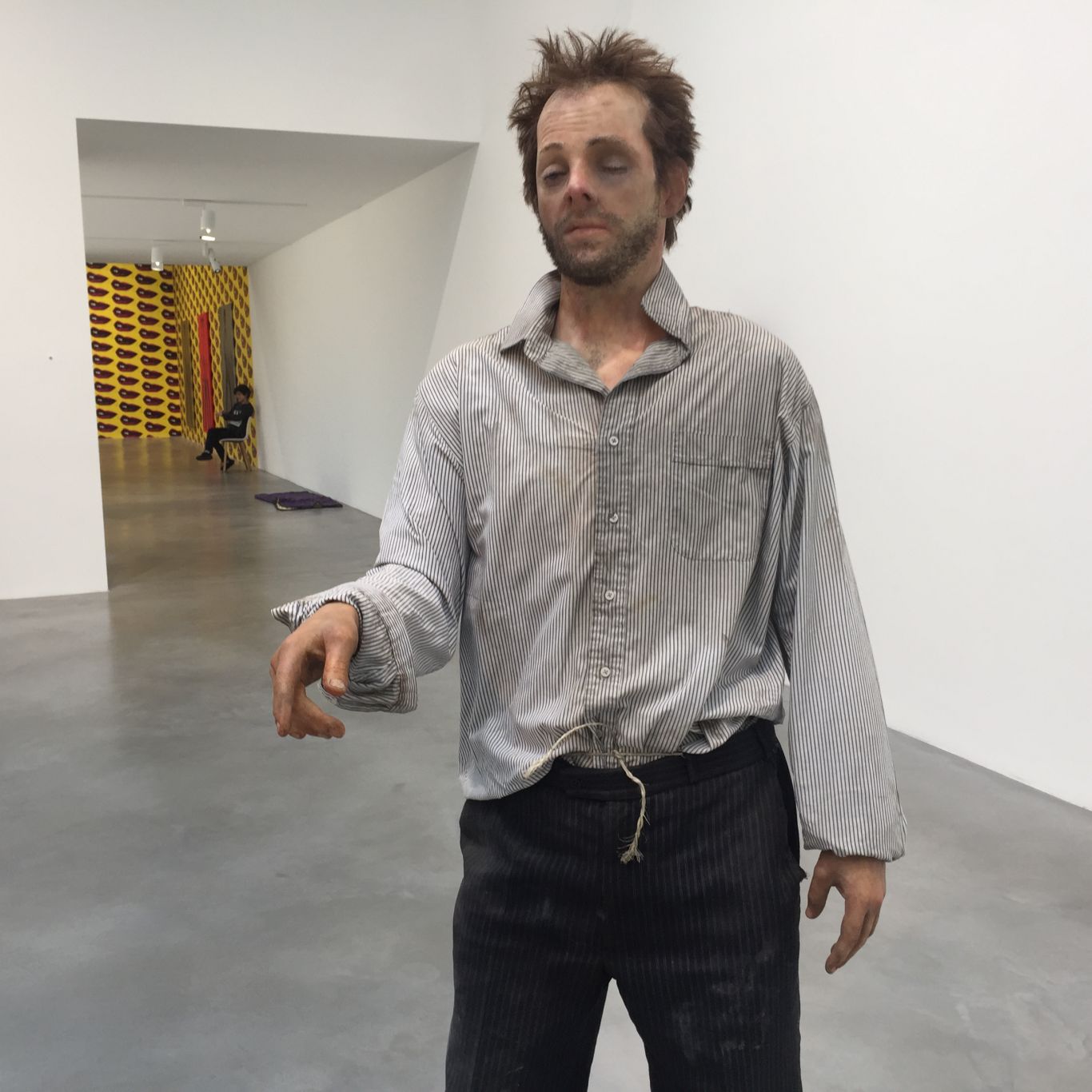 Finally, last Sunday, we visited Newport Street Gallery, the highly impressive new space in Vauxhall, which opened about a year ago.

It’s the realisation of YBA stalwart Damien Hirst’s long-term ambition to share his (no doubt extensive) collection with the public. Designed by architects Caruso St John, it spans a whopping 37,000 square feet and includes six exhibition spaces – one with a ceiling height of eleven metres – split over two levels.

Its construction involved the conversion of three listed buildings, which were purpose-built in 1913 to serve as scenery painting studios for the West End’s theatre industry. With the addition of two new spaces, the gallery now spans half the length of the street. It really is worth a visit in itself for a gawp.

Even better, until mid March it’s showing a Gavin Turk retrospective. Hirst first saw Turk’s work – which he has been acquiring since 1998 – at his Royal College degree show in 1991.

Thus the slightly awkwardly-titled Who What When Where How and Why spans twenty-six years of the artist’s career and features over seventy works, including new and previously unexhibited pieces.

Since emerging onto the London art scene, Turk has dedicated much of his career to exploring notions of authorship, identity and value. So here you’ll see many familiar everyday objects and (on the surface) instantly recognisable artworks by twentieth-century icons such as Andy Warhol, Jackson Pollock and Giorgio de Chirico. Wandering around the six capacious rooms, it’s all indeed strangely familiar – splashed canvases, pop-art wallpaper – and yet somehow fresh at the same time.

When you stop to think about it, there’s real depth to it all, too. What is clear is that Turk’s deployment of his own image is central to his oeuvre. In the first room there’s the intentionally unsubtle Identity Crisis (1994), first shown in the Saatchi Gallery’s ‘Young British Artist’ exhibition in 1995, which imagines a Hello! magazine cover featuring the artist with his family.

Upstairs, half a dozen life-sized waxworks of Turk are captivating, of which the infamous Pop, a waxwork of the artist as Sid Vicious, takes centre-stage. There’s also a laughing sailor, and careering artist-as-drunk (pictured above).

There are layers of allusion and ‘recycled’ references everywhere: our favourite room, the last in the exhibition, contains a skillful manipulation of materials. Cast in hard bronze are a dozen or so items rarely deified in art: rubbish bags, matchbox, styrofoam boxes, a dirty sleeping bag – all dotted around a black steel skip.

The end result? Against the meditative calm of the gallery’s elegant white spaces, the exhibition – with its lingering questions about celebrity, transience, value and disposability – is more thought-provoking than you might at first expect.
This is box title
Free entry. Gavin Turk at Newport Street runs until 19th March. Gallery is open daily from Tuesday – Sunday, 10am – 6pm, Newport Street SE11 6AJ