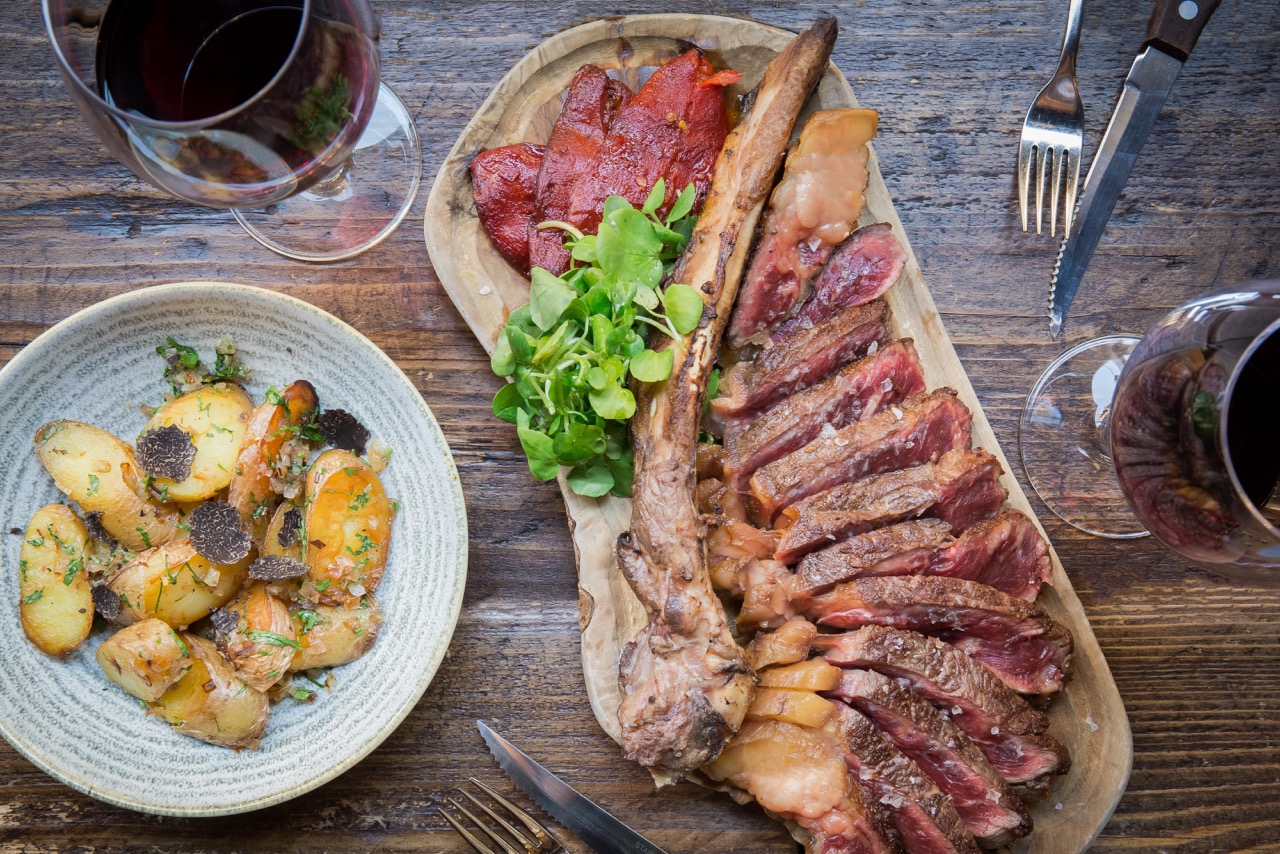 We’re big fans of the original Camino, tucked away in King’s Cross, but, despite several recent visits to the Tate Modern (which it sits behind), we weren’t aware of its southern sister.

This branch has just reopened after a refurb which has allowed a restaurant and open kitchen to take centre stage where once the bar did. It’s a lovely, airy, contemporary room, great to watch the bodies ebbing and flowing from the river, and with a bar that we clocked for a future post-gallery sesh.

Meat-lovers, however, may be keen as mustard to roadtest an offer for two that’s only on the chalked-up specials board for one month.

Asturias is the fertile region of north-west Spain that’s widely known for its food and drink, especially seafood and cheese. Its rib-eye beef is “ethically sourced” and appears on Camino’s menus regularly – but this special 600g (or 20 oz) platter is well worth sampling if you have a budding carnivore in tow.

At £45 for two it’s not exactly cheap, but a similar dish – or even two separate ribeyes and chips – at many West End steak haunts would set you back more.

The meat is 35 day dry-aged and, ordered medium-rare, blushingly rosy, with that all-important savoury, carbonised crust. A smattering of sea salt brings the umami-ness levels right up, while creamy sweetness comes from a tangle of grilled peppers from Lodoso in Galicia. Sautéed potatoes, served in a rather modest bowl, are best rolled about licentiously in the truffle butter.

Fancy an item or two of tapas to start while you wait? Course you do. We loved the light soldiers of garlicky, non-appetite-ruining pan con tomate, and also scoffed a small plate of meltingly soft Iberican red label acorn-fed ham, air-cured for 36 months. Or try the octopus tentacle, chargrilled and squatting on colourful beetroot puree.

But lest we forget: it really is all about that rib-eye.

This is box title
The Asturian rib-eye for two offer runs throughout February at Camino Bankside, 5 Canvey Street, SE1 9AN @Caminolondon