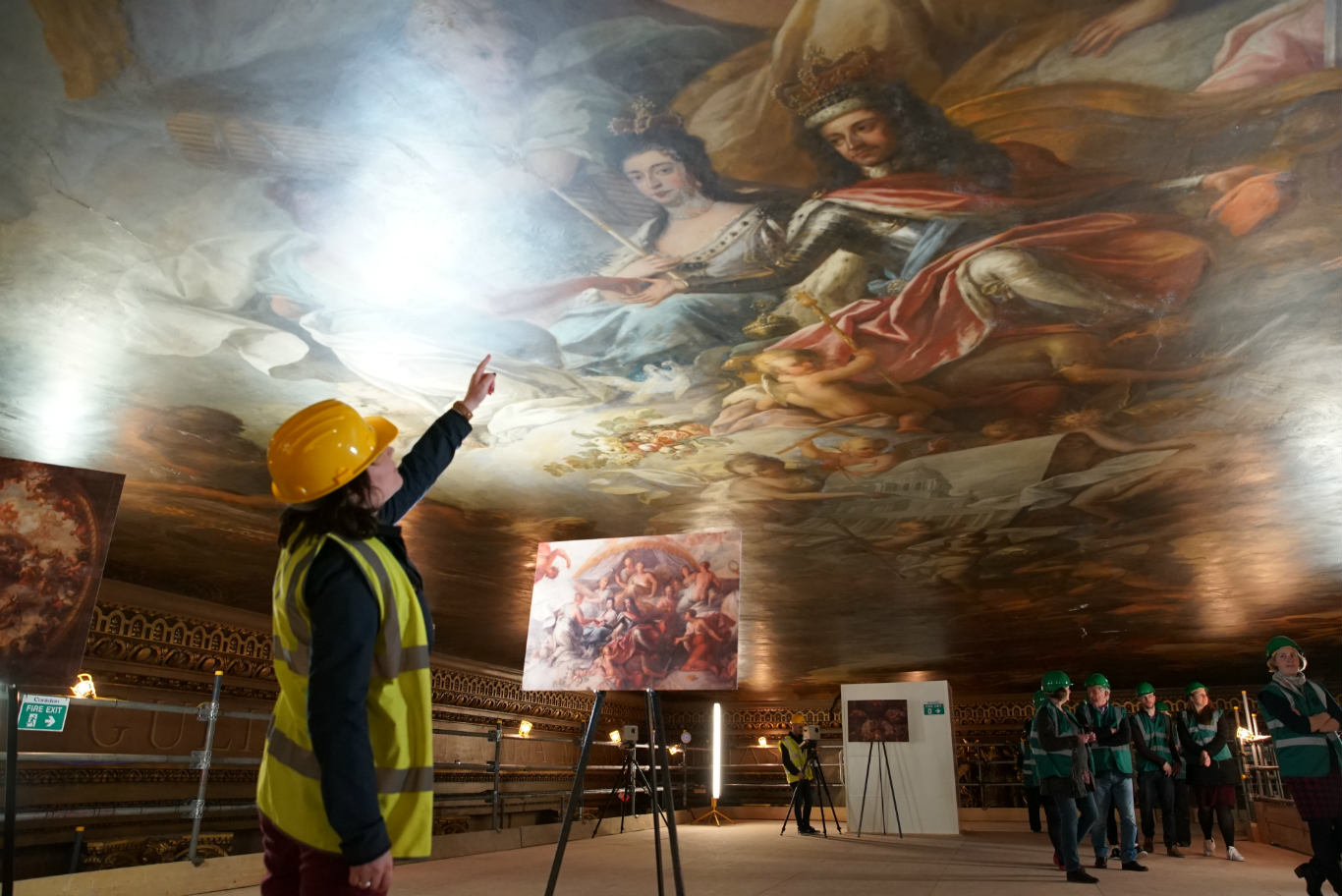 There’s a “once-in-a-lifetime opportunity” to get up close and personal to the ceiling of the Greenwich’s Painted Hall. And it starts this weekend.

The Painted Hall at the Old Royal Naval College Greenwich, described by those who know these things as ‘the Sistine Chapel of the UK’, is undergoing a major transformation, including the creation of a new visitor centre, Sackler Gallery and café.

Designed by Sir Christopher Wren and founded in 1694, the Old Royal Naval College is considered to be the greatest Baroque decorative scheme in England. The walls and ceilings were painted by Sir James Thornhill between 1707 and 1726 with a series of triumphant scenes framed by trompe l’oeil architecture.

The spectacular paintings are a display of British maritime power at the beginning of the eighteenth century, a story told with the help of more than 200 historical, allegorical and mythological figures.

And this is where you come in. Over the next two years, conservators will work on 40,000 square feet of the ceiling’s painted surface, bringing new life to paintings obscured by decades of decay. Environmental controls will ensure no further intervention on the paintings will be necessary for a whopping hundred years.

A 60-foot high observation desk has been constructed, and though ceiling tours on the deck you’ll be able to see conservators at work and get closer to Thornhill’s work that ever before. Not bad, eh?

The Painted Hall commission catapulted Thornhill to fame and he subsequently won other important decorative commissions, including the dome of Sir Christopher Wren’s newly-completed St Paul’s Cathedral, the chapel ceiling of Queen’s College Oxford and the hall at Blenheim Palace. He was appointed history painter-in-ordinary to the George I in 1718 and sergeant-painter in 1720, the year which also saw him become the first British artist to receive a knighthood.

After a recent crowdfunding campaign, the proscenium arch in the Painted Hall will also be returned to its original shimmer splendour through repairing and re-gilding the original decorations.

Things are looking up indeed.