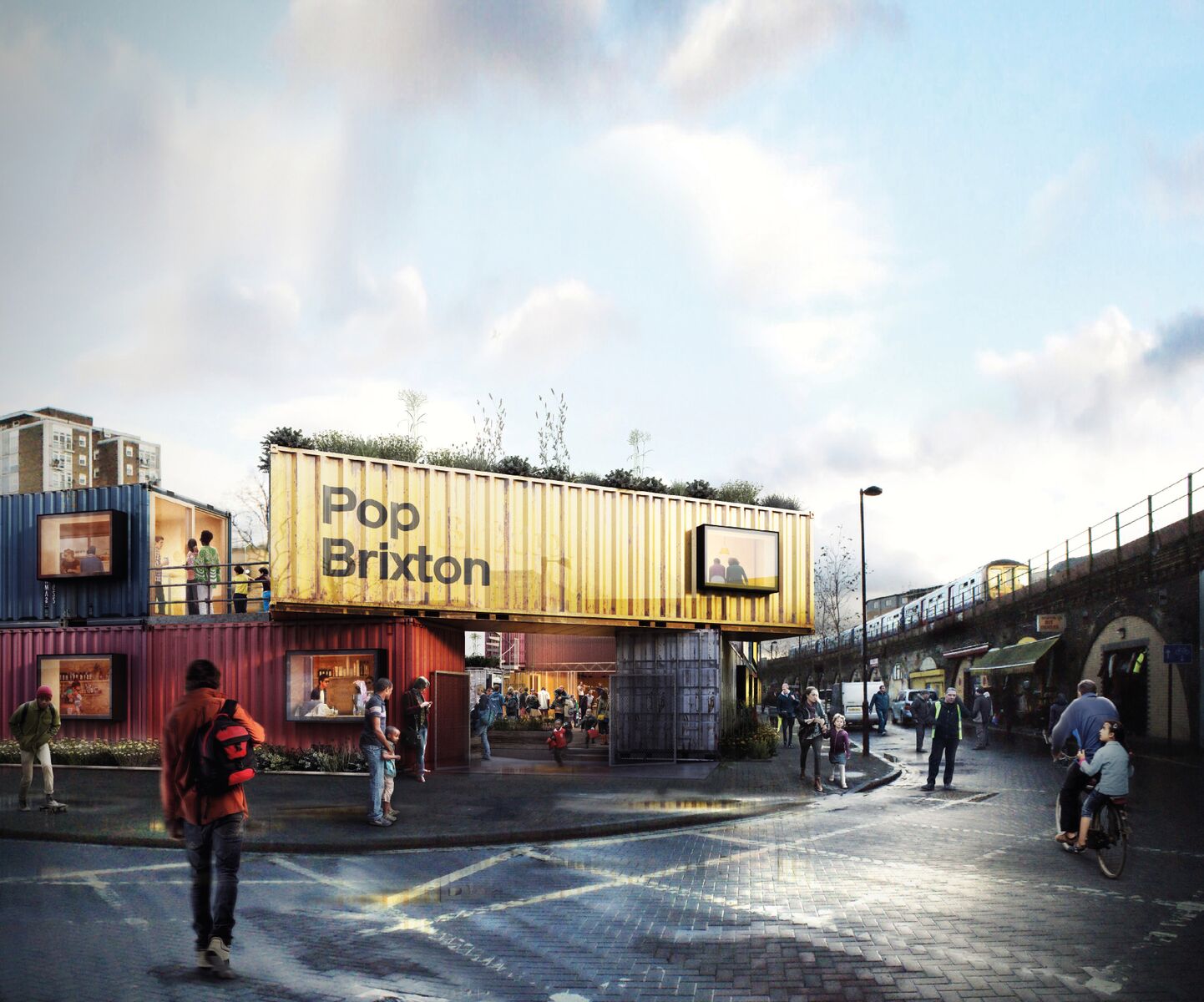 n case you’ve been on the moon for the last three years (or based, perhaps, in a distant outpost of north, east or south London), here’s the skinny: Pop Brixton, around the corner from Brixton tube, has transformed a disused car park into a home for some of London’s best streetfood traders and indie retailers.

Sixty small businesses currently operate from the site, including a radio station and even a local barbershop. Meanwhile, a multi-purpose event space hosts live music, theatre, cinema and supper clubs. Units are offered to community groups and social enterprises at discounted rates.

And the good news is that Pop Brixton has just been granted a two-year lease extension by Lambeth Council, meaning the project remains in place until at least 2020. A handful of our faves? Oh, go on.

Artisans of fromage Raclette Brothers have gone for it and opened up their first restaurant. Lovers of Reblochon, Gruyère, Ogleshield and the like will be in their element, but carnivores certainly won’t be disappointed either. Serving food inspired by, you guessed it, the Alps region, founders Steve and Jamie champion both British and European suppliers, with regularly changing charcuterie and small plates.

Beef cheek (£9.50) is braised with a mirepoix until meltingly tender and arrives atop a velvety shallot puree, strewn with pickled enoki (a long thin mushroom) and chunks of salty pancetta. Falling apart in shreds, it balances the sweet allium, schrooms and Italian bacon. Meanwhile Raclette Jurassienne (£8) is the Savoyard pièce de résistance: watch the half-moon wheel of nutty dairy rotate in a traditional melting machine as it colours and blisters. When it starts to bubble, it’s scraped into a heap and onto a mound of fried-off potatoes, cornichons and crisp pancetta. Oh so moreish. @alpeslondon

Style elements here are taken from Cha Chaan Tengs in Hong Kong – Western hybrid cafés that sprang up in the city post-war – the decor a modern take with pegboard walls and vinyl terrazzo tiles to complete the utilitarian look. Run by Old Brown, formerly Head Chef of Le Café Anglais and Rowley Leigh protégé, DDG is a nod to these democratic eating-places fused with a more contemporary London offer.

There are roasted, glazed and BBQ’d meats: duck, pork belly and char siu are air-dried on site in the custom-built dryer and then roasted in a traditional Hong Kong oven. We shared four small plates (£4-8): a pretty-as-a-picture duck and foie gras spring roll with flaked pickled rhubarb; a heady pile of salt and pepper courgettes; umami-rich prawn toast (a real, chunky highlight) and flat discs of lamb breast with pickled cucumber, cumin, Sichuan and chilli salt. And yet we need to return, having only skated the surface of the intriguing menu. @duckduckgoose

This Japanese fish bar opened last autumn and specialises in the two sakes: salmon and rice wine, creating what they call “head-to-tail salmon cuisine” that goes beyond sushi. Each dish can be paired with bespoke varieties of sake, although we stuck to craft beer. A dinky tray of ceviche, mixing marinated salmon with sea bass, onion, tomato and the soapy hit of coriander was good value at £4; better (though tiny) were the simple salmon avocado rolls with a dip of soy sauce (£6). @sakeyalondon

Thirsty? Course you are. Working closely with the likes of Gipsy Hill, Belleville Brewing Co, Anspatch & Hobday, Mondo and Brixton Brewery amongst others, this rackety bar on the eastern side of Pop Brixton serves as a useful showcase for the brewing revolution taking place south of the river. On our last visit we guzzled a strongish 5.5% pale ale from Canopy, based down the road in Herne Hill under the arches in Brockwell Park. At £6 a pop it ain’t cheap but at least it’s #supportlocal. @brixtonport