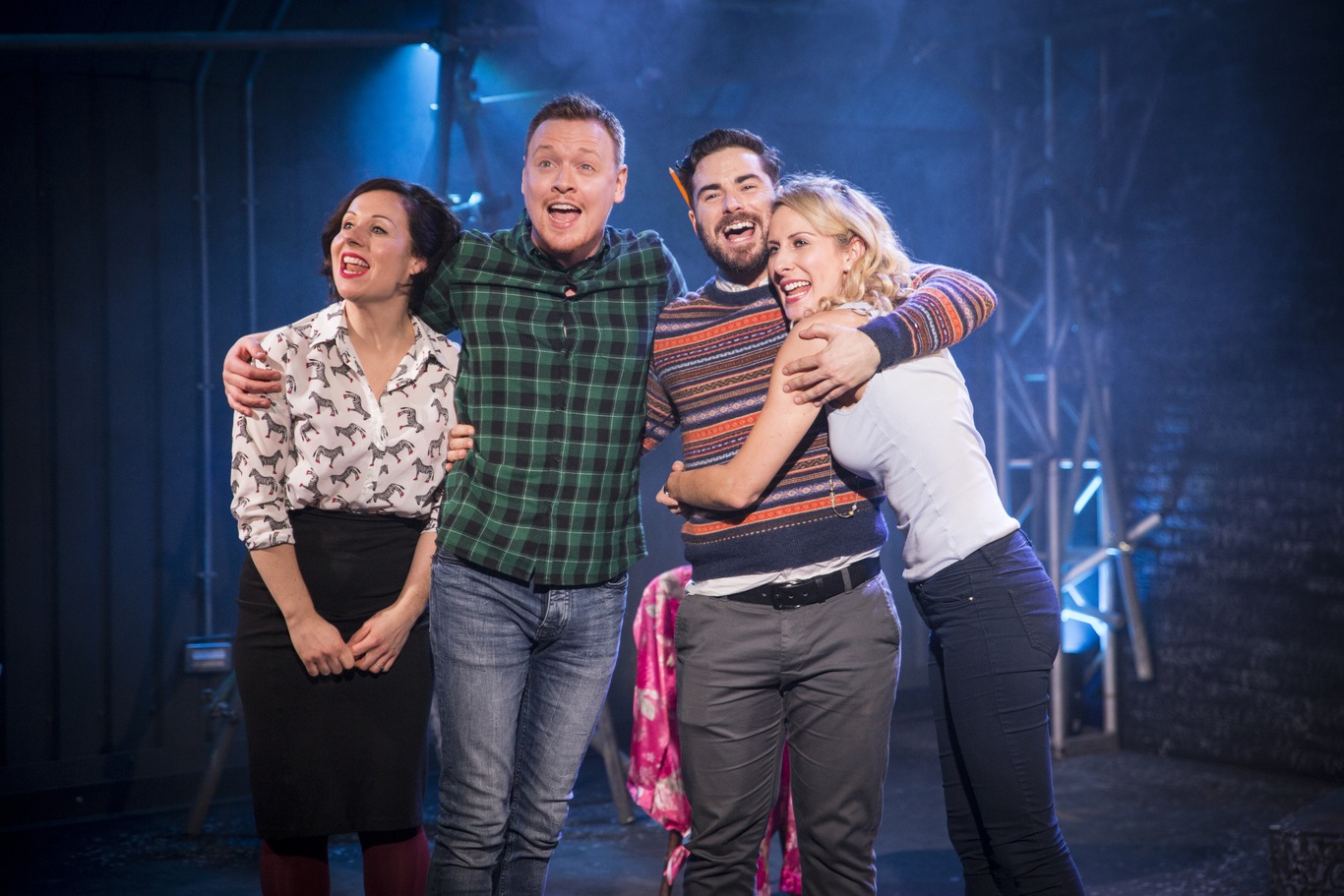 [Title of show] review, Above The Stag Theatre, Vauxhall

But part of the appeal of [title of show], directed by Robert McWhir, currently playing at the UK’s only LGBT+ theatre Above The Stag, is its backstory: you couldn’t make it up.

This energetic work goes back 15 years, and everything you see on stage did indeed happen in real life: it was chosen for production by the NYC Musical Theatre Festival in September 2004, and later ran off-Broadway at the Vineyard before being nominated for a Tony Award.

So yes, it’s a true story, the basic premise being that two gay mates, Jeff Bowen (Jordan Fox) and Hunter Bell (Michael Vinsen), have only three weeks to come up with a musical, recruiting friends Susan (Natalie Williams) and Heidi (Kirby Hughes), to help.

In a spare studio space with just four chairs as props, Fox and Vinsen are a natural double-act (I especially liked the former’s pedantic exasperation), complementing each other physically and in temperament; and Natalie Williams is a born comedian with true stage presence, while Kirby Hughes impresses in her solo number.

You don’t need to be Miss Marple to detect how things will turn out – but the delight of this production is its tight performances, witty choreography and hilarious gags.

Most of these, in fact, revolve around its meta qualities, with dozens of self-referential lines and in-jokes that constantly double-back on themselves.

In a satisfying real-life twist, as the characters on stage speak of how they dream of celebs in the audience, we spied legendary comic actress Su Pollard on the front row, hooting with laughter good-humouredly.

Like so many shows – including the mighty Everybody’s Talking About Jamie – the first half is a delight, but it slightly loses pace mid-way in the second act before the denouement, with its strong final two numbers.

Speaking of which, the songs are outstanding throughout, especially Die Vampire Die, Change it Don’t Change it (when the foursome are agonizing over a potential Broadway run) and Nine People’s Favourite Thing. And the funniest is Secondary Characters, the first song of Act Two, performed brilliantly by Williams and Hughes.

As for Above The Stag, it really has come a long way: founded in 2008 in a function room above the now-demolished Stag gay pub in Victoria, it finally moved to a permanent home in the railway arches on Albert Embankment last year.

It’s convincingly atmospheric as a venue: you won’t quite know whether the rumble of trains is part of the show or not. How very meta.