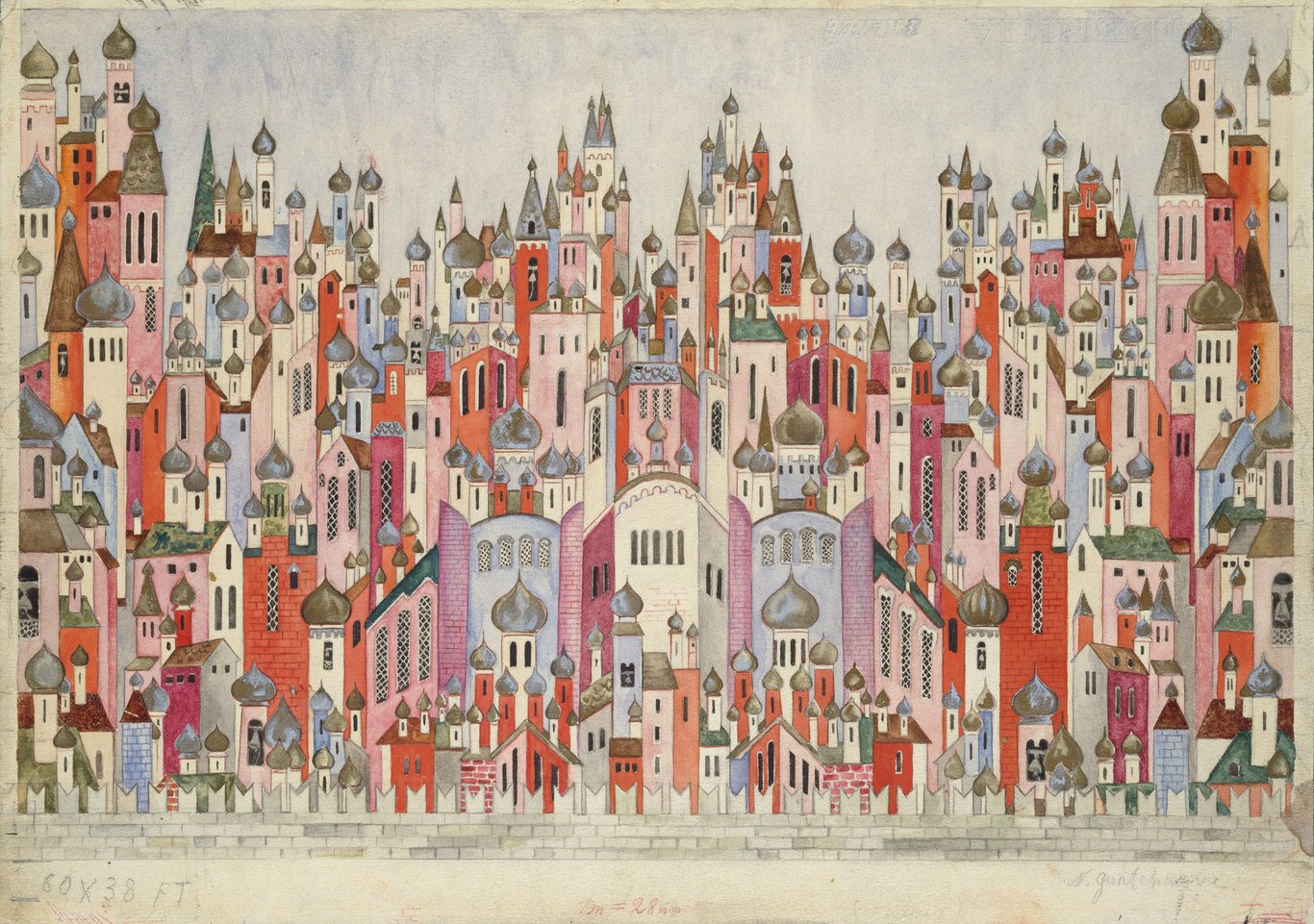 We’re familiar with pre-Revolutionary Russian writers – Tolstoy, Dostoevsky – but with the same period’s visual artists, maybe not so much.

Now, we can broaden our knowledge of its art scene with the Tate Modern’s colourful exhibition of Natalia Goncharova’s vast and varied output, which opened last week.

Born in 1881 to an aristocratic family, Goncharova enrolled at Moscow’s School of Painting. Inspired by traditional Central Russian cultures and customs, she went on to produce wide-ranging work tagged as ‘everythingism’.

Russian history might be considered grim – but if we’re tempted to think that its art follows suit, we’re in for a surprise.

In every section of the exhibition there is something to pull us up: ethereal icons, luxurious ballet costume and designs, war imagery combining Biblical prophecy with the horrors of modern conflict, and nudes: The Deity of Fertility (1910) is full-on its depiction of the female form, an astonishingly daring product given the artist’s conservative society. (Fact: in 1912, some of her icons were removed from a group show on the grounds that an avant-garde exhibition was an inappropriate venue for displaying sacred imagery.)

Marooned in the West by the Russian Revolution in 1917, Goncharova’s work diminished, and she died in 1962.

Unbelievably her first UK retrospective, this show not only rescues and resuscitates her reputation, but may also serve as inspiration for artists seeking stimulation in our own post-YBA era.

Main image: Goncharova, Set design for the final scene of The Firebird