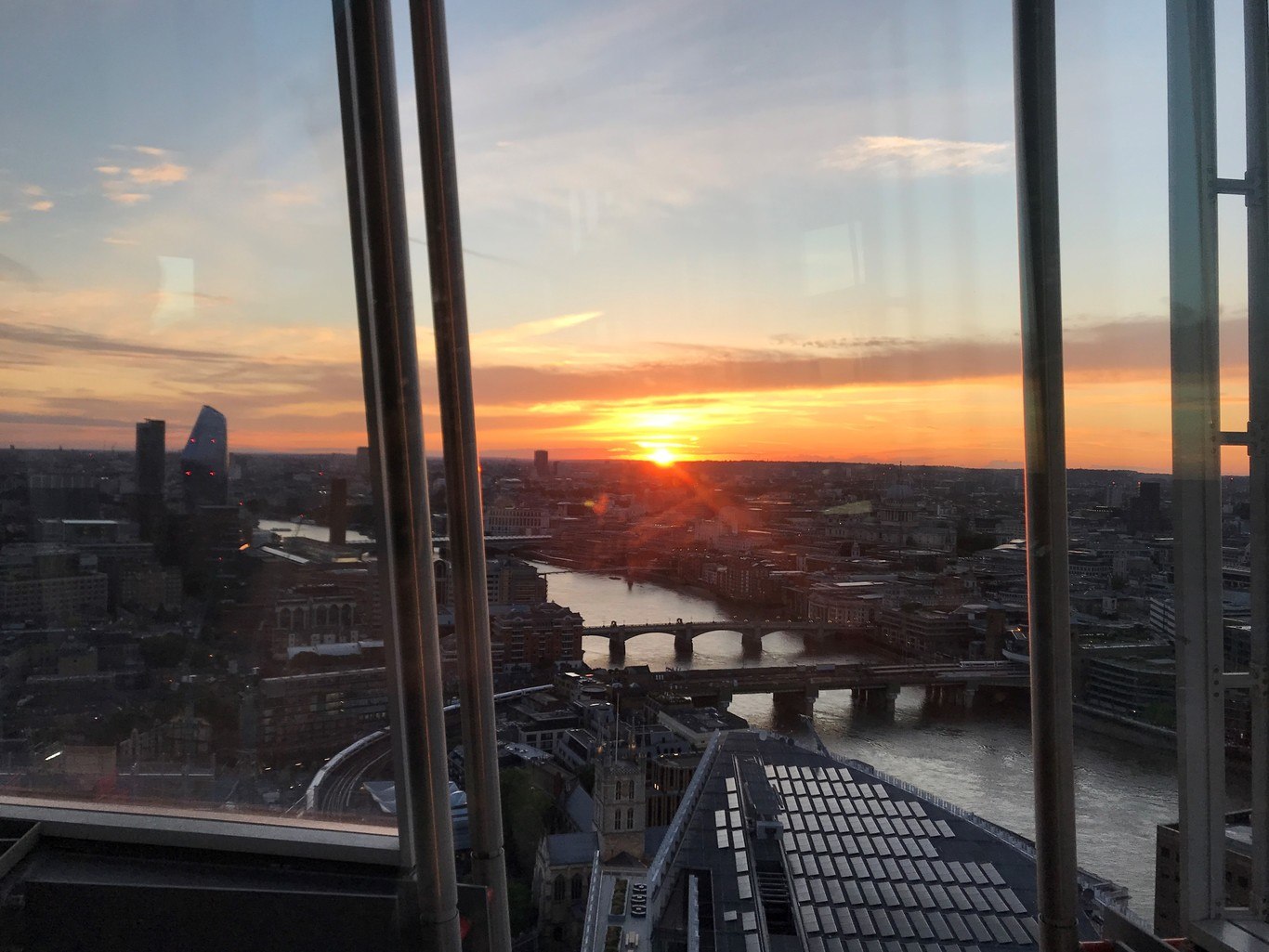 So you’ve never been…up the bar at The Shard?

In short, it's way more pubby and less pretentious than we ever imagined

Age: 7. The UK’s tallest building was finished in 2012 after a three-year build.

Where exactly is it? Right there by London Bridge Station. And visible from almost everywhere in London, whether you’re north or south of the river.

OK. So what goes on there? Well, if you’re not into bookings, head to the walk-ins only are at the Aqua Shard bar, with its enormo atrium ceiling. As a lifelong Londoner I had never dreamt of going – and yet, spat out by the lift a lofty 31 floors up, the gasp-factor was real.

So it’s not underwhelming? The view certainly isn’t. To the west the orange sun was sinking behind Waterloo Bridge, the sprawl of one of the world’s largest cities in shocking perspective. To the east was a rather pale Tower Bridge, the sun bouncing off Canary Wharf beyond.

The interior: discuss. Plush armchairs and jagged lines aside, here’s the thing: it’s very, um, democratic up there. In fact, it was way rowdier than we expected, with pissed-up city boys clapping the sunset, and other rather heteronormative male groups boisterously cheers-ing every few minutes. As my PR friend Sarah quipped, it’s like “Wetherspoons in the sky”.

What should I drink? Cost-wise, it ain’t nothing like ‘Spoons, of course. Don’t be silly. You’re paying through the nose for the elevators, the goddam building itself and that enviable view. Two thimble-sized 125 ml glasses of rose came to a whopping £27 including service (added without question at the bar). But it’s worth sticking it out for a drink for the singular experience alone – even if you never return.

What’s the service like? Incredibly tortoise-like on our visit. There was no queue for drinks but the member of staff worked eye-wateringly slowly, and without raising a smile. When our glasses were drained, however, it was a different story: a waiter dashed straight over to ask if we wanted another.

Don’t say: ‘Can I get two drinks for a tenner?’