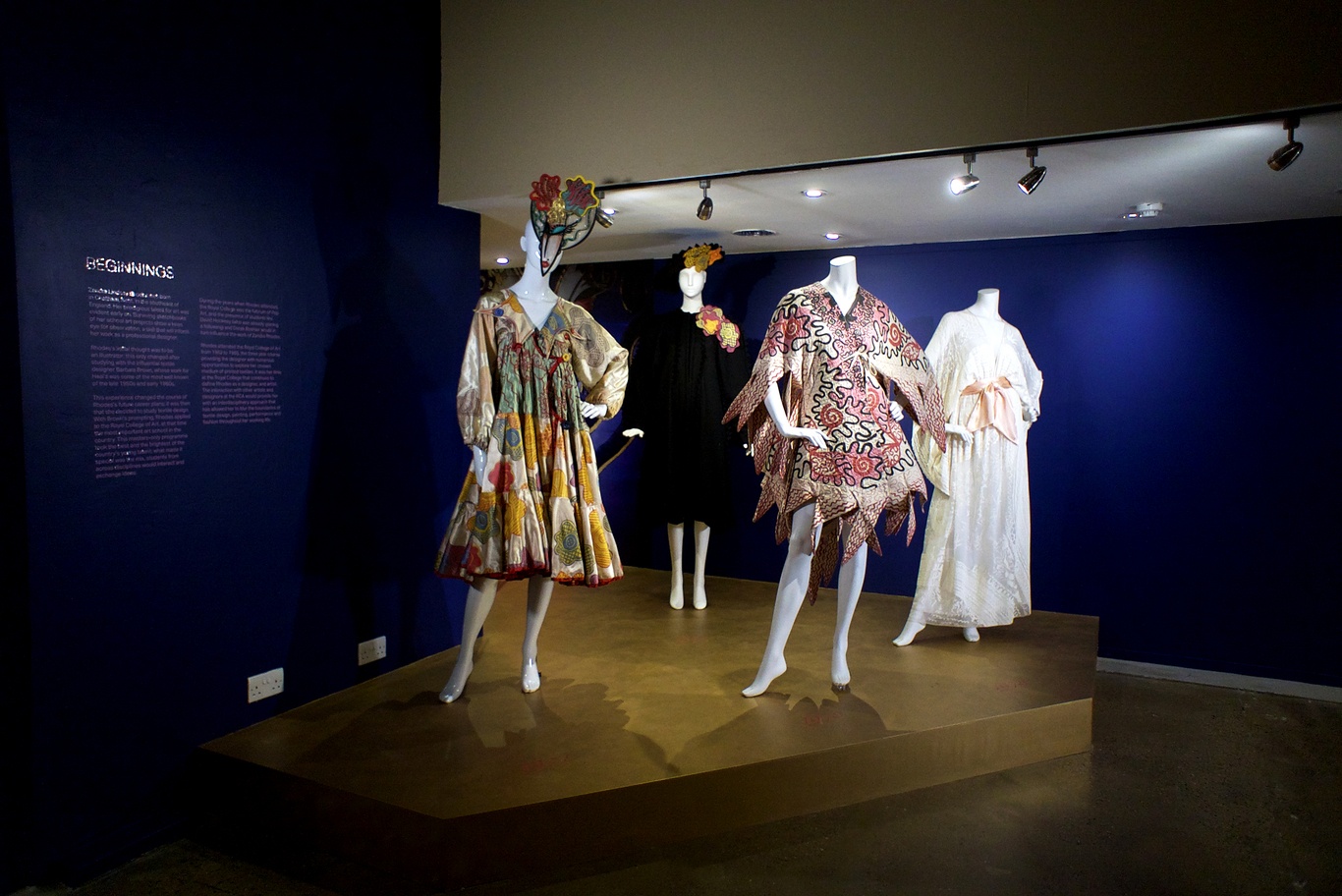 Dame Zandra Rhodes is a victor in the fickle world of fashion (forget survivor, with its connotations of victimhood). This exhibition, over at Bermondsey’s Fashion and Textile Museum, is a celebration of that victory.

But it’s not simply a roll-call reminder of the great and good she has dressed, including Diana, Princess of Wales, Elizabeth Taylor and Kate Moss. Nor is it the opportunity to see some of her creations, such as her punk-inspired ‘Conceptual Chic’, or her stage designs like those for the English National Opera’s production of Aida.

It’s a demonstration of that arguably much-misused word, artifice, which is all about creativity and its effective construction, getting the right thing, well, right.

So it’s a contrast with artificiality, which is all about deception. Dame Zandra has managed to combine bohemian exhibitionism (her career started in west London when it was home to hippies rather than bankers, the era captured in the 1972 film Performance) with a lasting sense of style, presented with a power palette of colour which is eye-catching whilst staying on the right side of flashy.

Arguably, this is because her sense of design and use of colour is childlike (that is, having a sense of wonder) rather than childish (slapdash).

This means that her work, compared with that from other designers, lacks that sense of pomposity that can sometimes affect fashion – there is humour rather than hauteur. And she is a walking style statement in a time when flamboyance seems to have vanished from our streets.

This is an exhibition for those who are weary of the safe and ordinary, and of fashion’s seeming fear of being visually celebratory. Make haste to Bermondsey and see for yourself.

This is box title
The exhibition runs until 26 January 2020, see ftmlondon.org for ticket prices and full details