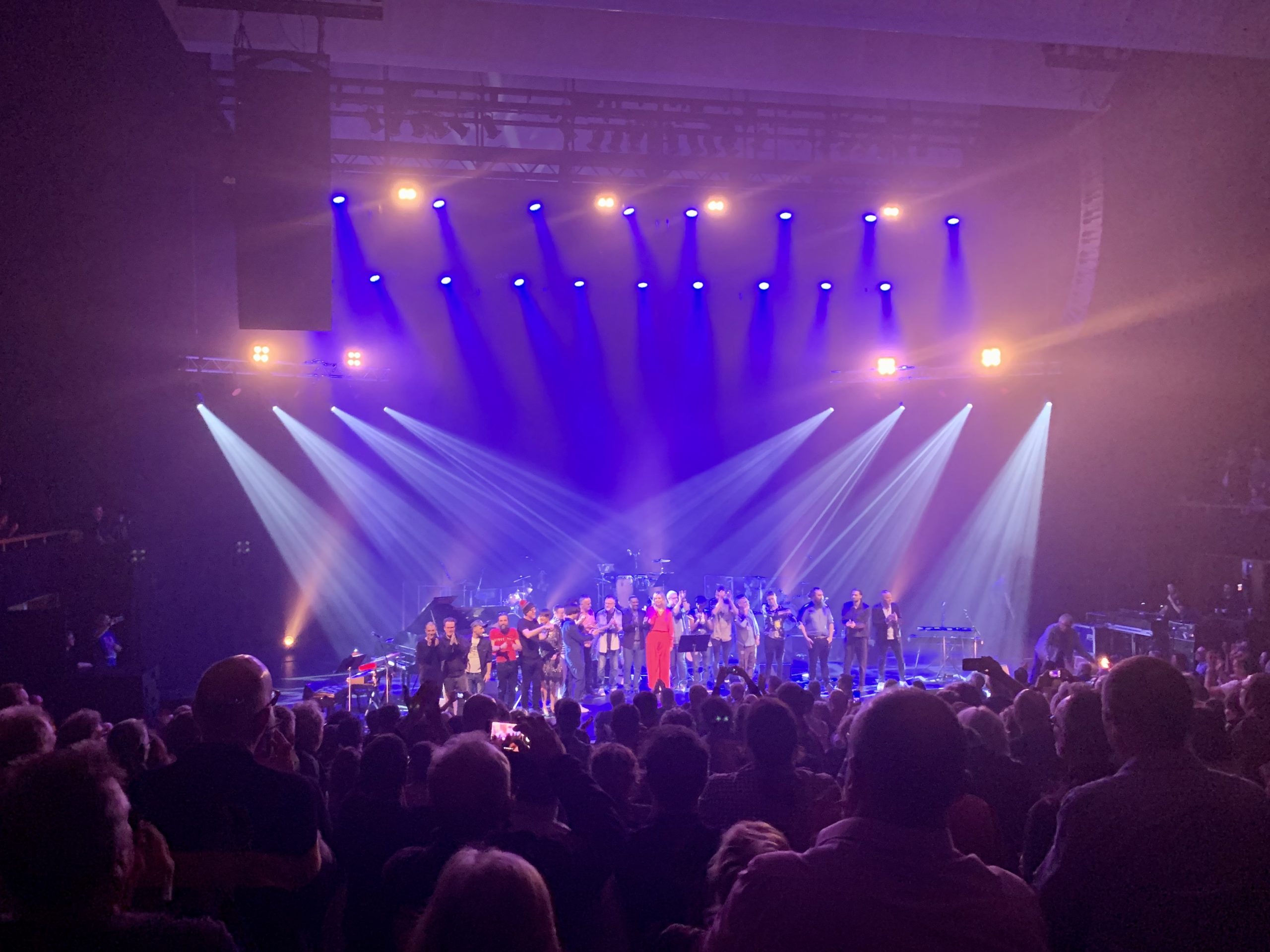 A Celebration of Talk Talk and Mark Hollis: ‘an eclectic tribute’ – review

A dozen indie stars, from Tim Burgess to Hot Chip's Alexis Taylor, took to the Royal Festival Hall in tribute

There was a moment, midway through the first half of this tribute to one of the UK’s most innovative ever bands, where the spine-tingling nature of Talk Talk’s best works really hit hard.

It struck me that Joan As Police Woman’s astonishing performance of Myrrhman, the first track on their final ever album, the experimental Laughing Stock, is surely their greatest, most radical interpretation yet.

A highlight from 2012 cult album Spirit of Talk Talk – also the name of the backing band here tonight – the song, with its yearning hook, swirling grandeur and enigmatic lyrics, underlines the remarkable potential Mark Hollis’s thoughtful work has in the right hands. Both on record and live, Joan’s version of Myrrhman is surely unchallenged – and certainly proved the highlight of an eclectic tribute to the band and their vocalist, who died earlier this year.

That’s not to say there weren’t other memorable moments in the energetically indie star-studded line-up: Maccabees frontman Orlando Weeks came in a strong second place with his masterful rendition of I Don’t Believe In You – close your eyes and it could almost have been Hollis himself – while Wild Beasts’ Hayden Thorpe’s powered-up version of Wealth, the closing track on 1988’s seminal Spirit of Eden album, also shone. Meanwhile, singer-songwriter My Brightest Diamond’s Happiness Is Easy was an early highlight, while ex-Zero 7 vocalist Sophie Barker’s Bond theme-like Tomorrow’s Started hit mesmerising heights.

alk Talk formed in 1981 and enjoyed a clutch of chart-pop hits in the early 1980s, before becoming more experimental in their last years up to their 1991 swansong; afterwards Hollis released just one solo album before retiring from the music industry.

So it was fitting that at the start of the second half the band’s Simon Brenner and band had fun with old school early synth pop hits Talk Talk and Today, the latter which veered slightly into Muse-style melodrama.

Less sure of himself was Tim Burgess doing his shufflingly coy Charlatans thing on Such A Shame (although wow: great hair), while his contemporaries Ride performed a rather workmanlike version of mid-period 1986 anthem Living in Another World.

And, while the entire audience was rooting for them, it was a similar story with the last two tracks. The band’s most famous hit, 1984’s It’s My Life, nearly-but-not-quite raised the roof, despite charismatic turns from vocalists Joan and Alexis Hot Chip. And closing number Life’s What You Make It, featuring folk star Jane Weaver, was pleasant in a St Etienne kind of way but couldn’t quite match the original’s joyously compelling drive.

But the overall mood at the Southbank’s Royal Festival Hall was one of bonhomie, reflection and nostalgia, aided by extremely tight musical direction from Grammy award-winning songwriter and Hollis collaborator Phil Ramocon, whilst the band itself consisted of former members Jeep Hook, Martin Ditcham and Rupert Black, alongside David Rhodes, Ian Curnow and bassist John Mckenzie.

Only shame? Absolute masterpiece Time It’s Time remained unperformed. Maybe next time. Speaking of which, there’s so much depth, quality and texture to Talk Talk’s work, especially the last trio of albums (Colour of Spring, Spirit of Eden and Laughing Stock), that I doubt this is the last chance we get to hear these unparalleled songs live. The spirit lives on.

Find out more about the Spirit of Talk Talk project here