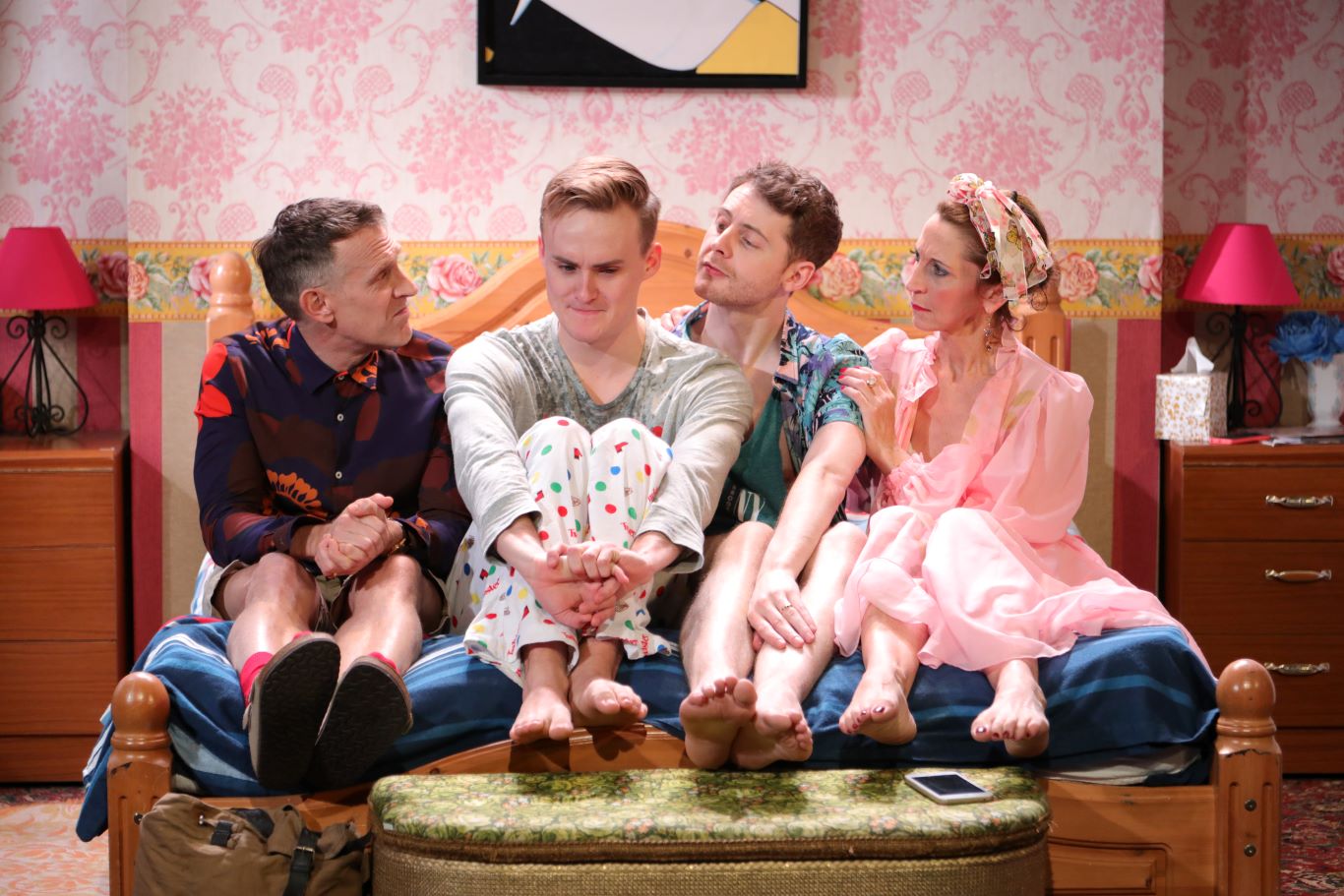 The Morning After, Above The Stag Theatre – review

This old fashioned comedy is being staged at Vauxhall’s LGBTQ theatre for the first time in its original same-sex version; a straight remake has previously been a hit around the world.

The playwright is Peter Quilter, who wrote both Florence Foster Jenkins musical Glorious! and The End of the Rainbow, adapted last year as award-nominated biopic Judy, starring Renee Zellweger.

So expectations are high. The engaging premise is that two early twentysomething men wake up in bed together and try and piece together what happened the night before. Blurry-eyed Thomas wants to leave straight away but Adam, whose bed it is, implores him to stay for a coffee.

That’s when his mum explodes through the door – and thereon the scene is set for the slapstick tone of the play. In true farcical fashion, the jokes, ahem, come thick and fast. Each scene sees the pair’s relationship move forward; to say any more would be a spoiler.

Ultimately it’s all a bit one-note and too heavy on its pastiching of late 70s British sitcoms like Sorry and Rising Damp (though noughties hit Miranda is somewhere in the mix too); in fact, mobile phone and Uber jokes aside, with David Shields’ retro bedroom set it’s hard to tell what year it’s actually meant to be.

So does it all add up to enough for a lightweight evening’s entertainment? Perhaps, in a good natured, Friday-night-theatre sort of way.

Sweet but forgettable, The Morning After, directed by the theatre’s Andrew Beckett, won’t go down as a queer classic. But it’s a curio to catch if hoary sitcom humour is your thing – in which case, grab a glass of vino and giggle along.

The Morning After runs until 1st March, Tuesday – Saturday 7:30pm, Sunday 6pm, at Above The Stag, Albert Embankment SE1