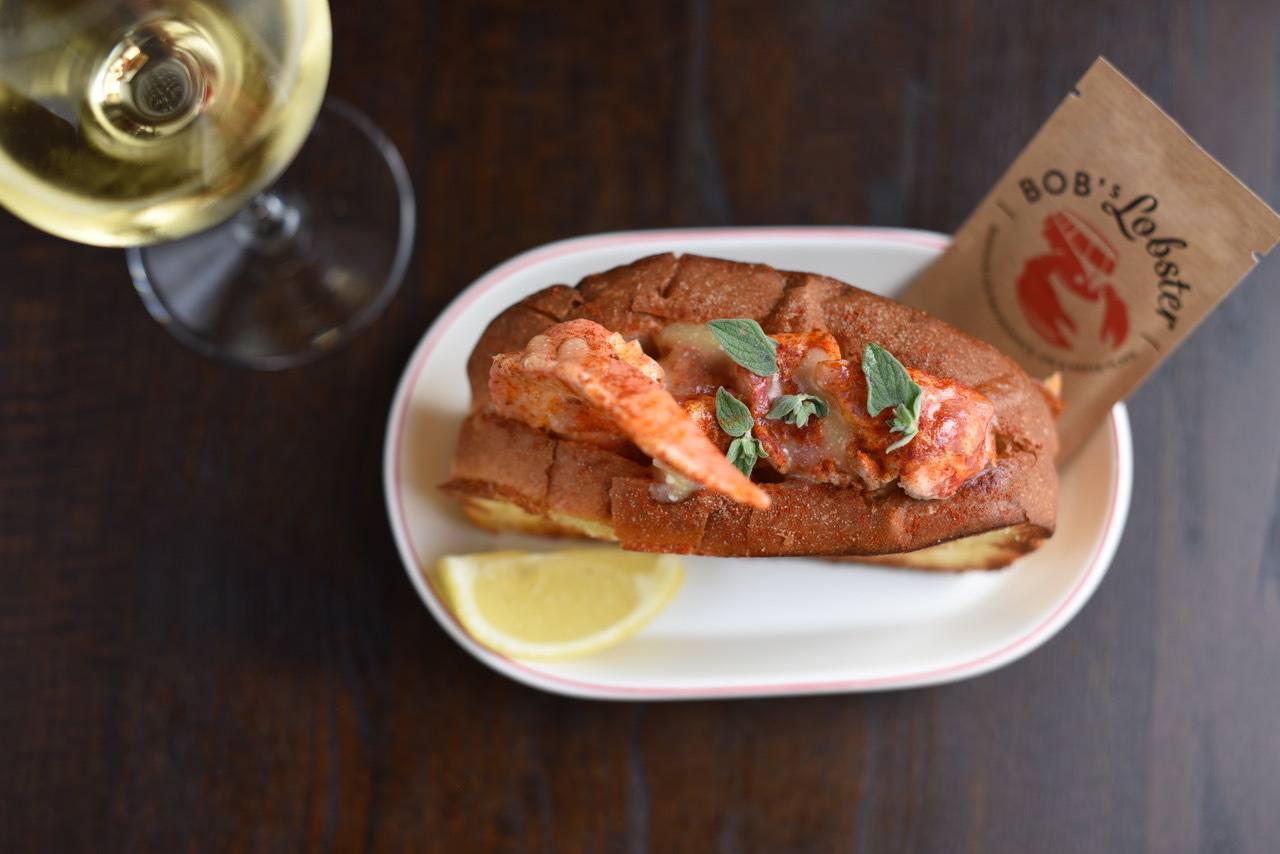 If you love all things piscine, you’ll be hooked on this new occupant of a restored railway arch within the London Bridge redevelopment.

Sister venture to established wine-bar Bedales in Borough Market, Bob’s started out life as a VW food truck at festivals and fashion shows, the baby of eponymous city-boy-turned entrepreneur Rob Dann. Fast forward to 2019 and here’s the bricks-and-mortar version.

The interior evokes American diner, with high ceilings, burgundy booths, counter stools and imposing backlit bar. On our visit, it’s packed early-doors on a weekday, too.

(And a heads up: it’ll get busier still now that instant smash Vinegar Yard has opened directly opposite.)

Against this backdrop – and the chatter of excitable punters – we take a pew and devour a succession of plates, under the aegis Head Chef Irene Barriga-Rodriguez.

It’s only fair to say that every single dish nails it, from a couple of briny oysters to a trio of tacos stuffed with glistening cubes of ruby tuna.

Washed down with a breezy Cotes De Provence (although a Verdejo or Albarino would be extremely companionable), the hits keep on coming, such as a small plate of salmon tartare, deeply herby and citrus-tinged, or a charmingly retro stack of avocado, sashimi tuna, pickled white crab and crushed cashew, its tongue-tingling warmth courtesy of a spicy papaya salsa.

This is all very well, I hear you say: but what about the titular sea creature itself? Well, the best comes last. A soft home-made brioche roll is filled with sweet crayfish and blobs of rapeseed mayo. Topped with generous meaty hunks of claw, tail and knuckle, its densely savoury flavour – heightened by celery salt seasoning – is an umami flavourbomb. It might even make you take a moment.

Now, how about the roll-out? We want a Bob’s where we live.