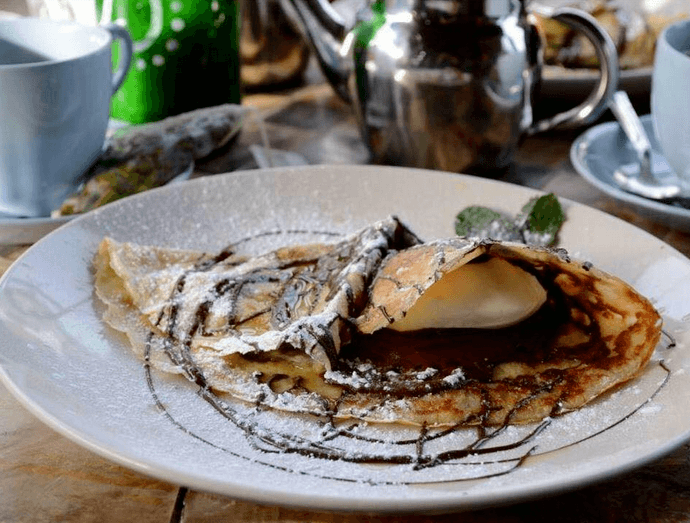 Where exactly? Sometimes called Collywood by its residents, it’s in south-west London, about midway between Wimbledon and Tooting, and a 25-minute tube journey from Central London on the Northern Line.

What goes on there? Let’s start with the tube station. It was designed by architect Charles Holden in 1926, and was the first one to depart from a neo-Georgian style. Built of concrete, it has a plain yet striking appearance. The main window over the entrance is sub-divided by square piers carrying balls, rather than columns, giving the building a small but eye-catching exotic feel.

It’s a reminder of the way in which since 1908 when Frank Pick – a former PA to the Underground’s Deputy Chairman – took over publicity for the Tube and showed a gifted amateur’s flair for choosing artists and architects.

A few minutes’ walk away, on Merantun Way near the Sava Centre superstore, are the remains of Merton Priory (established in AD 1117, St. Thomas Becket, martyred archbishop of Canterbury, was educated there). They’re a reminder of the art and architecture that was lost with the Dissolution of the Monasteries in 1538 following England’s change of religion in the 16th Century.

What else? From the 17th Century onwards, the site of the former Priory became known as Merton Abbey, with water from the River Wandle, a tributary of the Thames, providing motive power for small industries nearby. Early in the following century, the Merton Abbey Mills were established by Huguenot silk throwers and, in the 19th century, there was further change when artist and textile designer William Morris established his workshops there.

Textile production ceased there site in 1982. But the Morris and Ruskin ideal of small is beautiful still exists in the form of the small businesses which flourish there today along with restaurants. Art lovers can pay a visit to the Wheelhouse Pottery and the Craft Gallery.

What shouldn’t we miss? Try Hair 2 the Throne (geddit?) for a reworked barnet. Worked-up a thirst? Try the William Morris Riverside Free House. And if you’re peckish, there’s the Belgian Brasserie, or the Rock Star Sushi Bar. Although reached by a busy main road, the Mills have an almost rural feel to it, enabling the visitor to forget nearby electricity pylons and tall buildings. With gentrification starting to make its presence felt in Colliers Wood generally, there’s no reason why Merton Abbey shouldn’t become much better known.

Anything more? Earlier this year, a new public library was opened in Colliers Wood High Street. This was to replace an older one (full disclosure: I used to work there). Spread over three light and airy floors, the interior has been designed to be dementia-friendly and contains books, computers and meeting-rooms available to hire for classes and other activities. There’s also an adjoining cafe, so readers can slake their thirst for food and drink as well as the written word, whether in books or on-screen.

Have we missed your favourite SW19 spot? Tell us below.