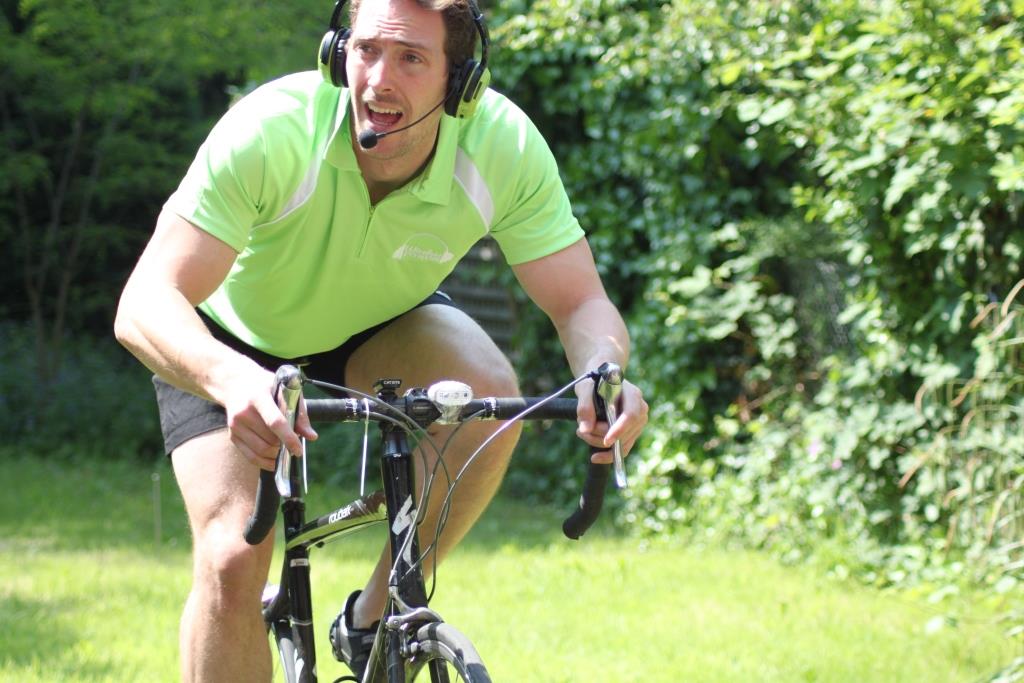 Dom Thorpe runs Wireless Fitness, which provides wireless sound systems for fitness instructors – the company also runs Zumba in the Park on Clapham Common. “Imagine a huge crowd of people exercising in the park all wearing a pair of bright green wireless headphones” says Dom. “We hope it will be a regular fixture in parks and open spaces within the next five years.” He has lived all over south London for the past 13 years, “bombing around Tooting, Streatham, Kennington, Elephant & Castle, Clapham Junction, Balham and Clapham South”. He is now back in Streatham, and lives next to Tooting Bec Common.

When were you happiest in south London?
I was happiest when living in Balham as there’s a great community vibe there and it has everything you need in your local area.

What is your favourite south London sound or smell?
I love the smell of Greggs bakery on the way to the tube station in the morning.

Who is your favourite south Londoner?
Susannah Reid from BBC Breakfast. She lives in Lambeth and can usually be seen around Balham but I’m always too scared to approach her.

What is your earliest south London memory?
Moving here and being a student at London South Bank University. I used to live on a diet of 9p noodles from the store on the corner of my street.

Where do you hang out?
I tend to go to the local pubs to socialise. A few of my favourites are The Grove [Oldridge Road], Harrison’s [Bedford Hill] and the Avalon [Balham Hill] and my favourite restaurant is Four O Nine above the Clapham North pub [pictured left]. It’s like a well-kept secret and you have to ring a doorbell before they let you in. From there you follow the stairs until you reach an atmospheric little place with quite a romantic vibe.

What makes you unhappy?
The thought of not being able to try new things.

What simple thing would improve your quality of life?
A zip-wire from my flat direct to the tube station.

What is your most unappealing habit?
I don’t know. Is farting a habit?

Best south London gig or night out?
Infernos on Clapham High Street. I hate it but everybody needs to go there at least once. And rumour has it they used it to film the clubbing scenes in The Inbetweeners movie.

What is your guilty south London pleasure?
The 99p store on Streatham High Road. I love a bargain!

Who or what do you dislike and why?
Dog owners who don’t clear up after their dogs. I spend a great deal of time exercising in south London parks and the last thing you need is to put your hand in a pile of dog poo when you’re doing press ups.

What do you most dislike about your appearance?
My receding hairline is quickly becoming my least favourite feature, but before that it was my slightly wonky teeth.

What’s the worst thing anyone’s said to you?
My “best friend” told me I was selfish and that he didn’t want to be friends anymore because he felt our friendship was entirely one-way. It was a bit of a wake-up call.

Tell us a secret
When I was young there’s was tree at the bottom of our garden with a hollow opening in the trunk. When we lost a tooth and put in the opening overnight, we’d return to find a gift in there the next day.

The house I live in is…
Amazing! I’ve just moved into a new place opposite Tooting Bec Lido. It has a massive garden and Tooting Common is 30 seconds away. I feel very at home there. If only I could move it slightly closer to a tube station on the Northern line.

What is your greatest life achievement?
A couple of years ago I completed the Bolton Ironman. It’s a 3.8km swim, immediately followed by a 180km cycle and then a marathon. It took me over 13 hours which isn’t a particularly fast time but when I say in my head that I’ve run a marathon straight after nine hours of exercise it sounds like a pretty big deal.

Describe yourself as an animal
I’d probably be a cross between a sausage dog and a giraffe. I do love a dachshund but I’ve got quite long legs and a short torso. What a combination!

Zumba in the Park takes place on Clapham Common (meeting at the bandstand) every Tuesday at 7pm. It costs £8 per session. To find out other class locations call: 0845 6807 354 or email: info@wireless-fitness.com