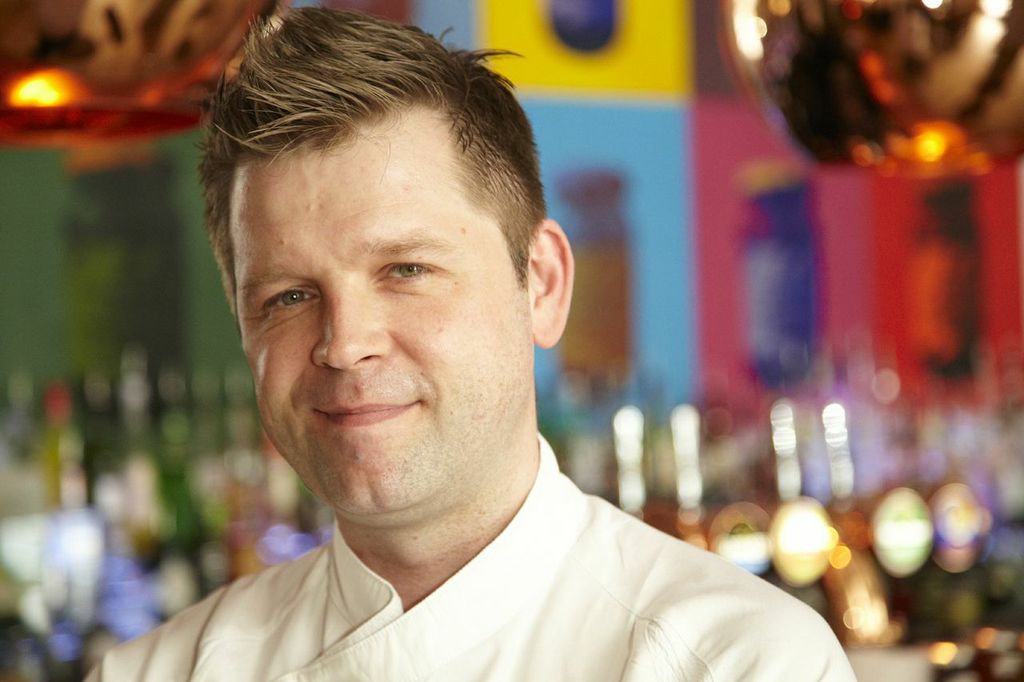 My worst south London memory? Having to go to school in the aftermath of the Brixton riots in 1985

Old-school south Londoner James Browne was born at Lambeth Hospital in 1973 and grew up in Clapham and Brixton, where he developed a love for food – especially Caribbean. He trained with Michel Roux Jnr, before cooking in some of south London’s most established kitchens: Brixton’s Satay Bar in the late nineties; Bah Humbug, once down the road at St Matthew’s Church (any vegetarians remember his amazing “duck” rolls?); SW4’s Rapscallion; the Settle Inn, Battersea and Alchemy, Gipsy Hill (where his food won awards). After a Stateside stint, soaking up influences from New York, South Carolina and LA, James returned to south London, eventually taking over the ovens at the Jam Tree, where he’s hosting a temporary Jamaican-themed kitchen, details below.

When were you happiest?
As a child.

What is your favourite south London sound or smell?
The smell of flowers in Myatt’s Field Park, pictured left, on an warms summer’s day.

Who is your favourite south Londoner?
David Bowie, born and bred in Brixton.

What is the most important lesson life has taught you?
Cherish those you love, you never know if you’ll see them again.

What is your earliest south London memory?
A street party in Clapham old town in 1977 for the Queen’s Silver Jubilee.

What makes you unhappy?
Growing old.

What simple thing would improve your quality of life?
A garden with a green house or shed.

What is your most unappealing habit?
Talking over people.

What is your guilty south London pleasure?
The occasional bit of fried chicken from Shalamar in Clapham Common.

Where do you hang out?
The Kennington pub [on Camberwell New Road, pictured right] – my local. Or any of the Jam Trees.

Who or what do you dislike and why?
North London because i am a true south Londoner so have to hate north London……..

Best south London gig or night out?
Whenever the Thirst perform at Jamm in Brixton

What do you most dislike about your appearance?
My head, its way too big!

What’s the worst thing anyone’s said to you?
An old head Chef once told me I would never ever make it a chef, six month later he was sacked and I became the head chef. Far worse things have been said to me but I don’t think you would print them! Chef have the foulest mouths on earth.

Tell us a secret…
I very much enjoy watching the x factor or britains got talent! Other than my wife no one knows, until now!!

What has your career taught you?
No matter how good you think you are there’s always room for improvement. Always be open to learning.

What is your greatest life achievement?
Watching my daughters grow into beautiful young ladies.

Your worst?
Having to go to school in the aftermath of the Brixton riots, pictured left, in 1985. Brixton and all my favourite shops were totally destroyed. Plus I wasn’t allowed to play out with my friends for a long, long time.

Describe yourself as an animal…
My wife thinks that I am a gremlin or, at best, a monkey.

Jamaica Jamaica is a new pop-up themed around the titular cuisine taking place Tuesday 6 August – Tuesday 20 August 2013 at The Jam Tree, 13 Old Town, Clapham SW4. For more information or to book, tel: 020 3397 4422. @The_Jam_Tree. You can read about it and check out one of James’s Jamaican recipes in this previous post.