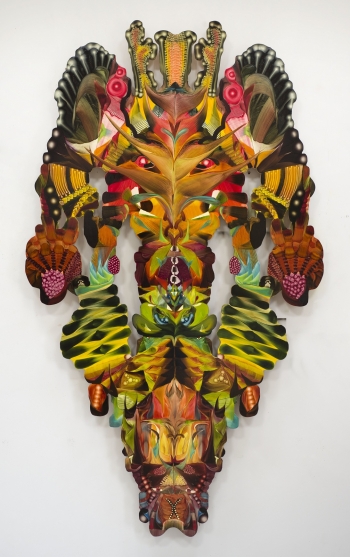 Not been to Pump House Gallery for a while? Well, the enormo news is that later this month it’s going prehistoric.

A distinctive four story grade I-listed Victorian tower set in the middle of Battersea Park – where, ahem, humans once hunted woolly mammoths on frozen boglands – the gallery will be filled with primitive-looking artefacts and primeval geology. But in fact, everything has been newly made by artists.

Many works in the show, entitled The First Humans, are spoof or tongue-in-cheek; others make reference to sci-fi, sending prehistory hurtling into the future. Visitors are invited to wonder whether the artists might be expressing the fantasy of humankind starting over again – or whether they possess an apocalyptic sense of our race as destructive and tragic.