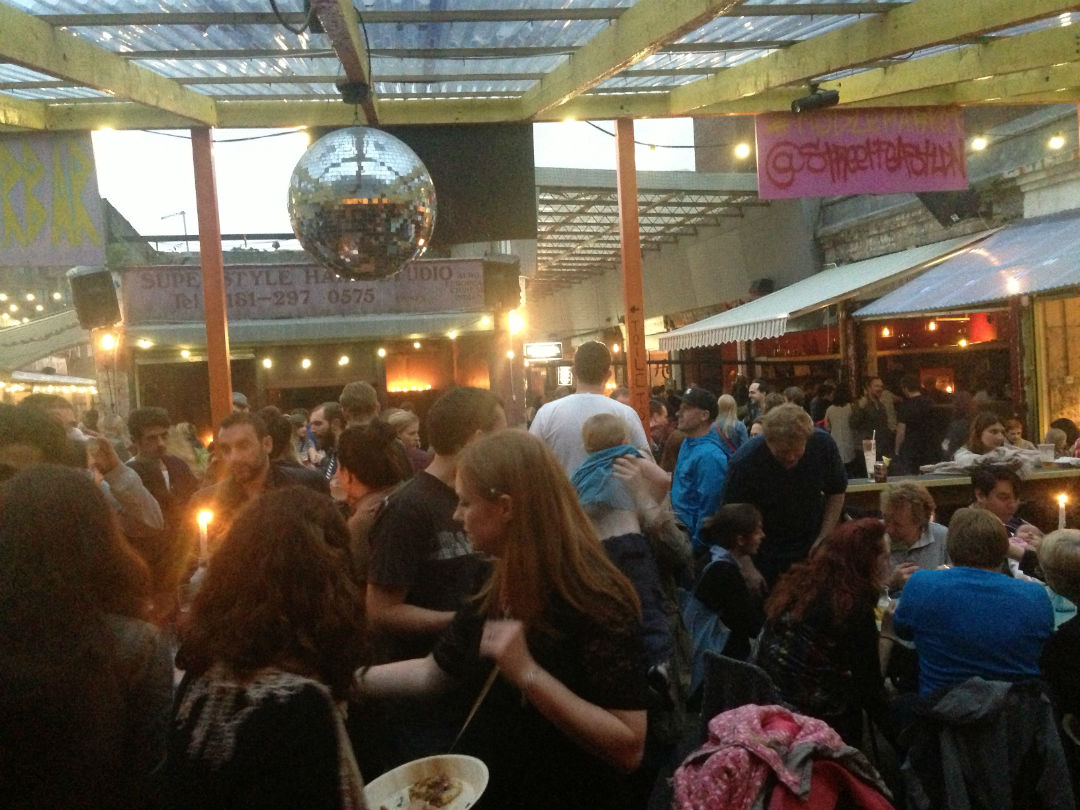 Model Market is back – for a six month stint

The news that Lewisham’s Model Market returns tomorrow for a whole half-year was so vital to Londoners that it trended last night on Twitter.

And deservedly so. It was, after all, one of the highlights of the summer, partly due to the surprise factor of its dilapidated location: eight cute “micro-diners” occupy characterful peeling former outlets, offering all manner of (mostly unhealthy) temptation, from hot dogs and tacos to a BBQ grill.

You can either sit sedately in, restaurant-style (a la Brixton Village), or gobble it down en plein air yard to a lively soundtrack (The Cure’s Lullaby sounded particularly fine blasting out on a lively Saturday night).

And the crowd’s a mix, too: young families with kids crawling about, half-chewed bun in paw; students and hipsters smoking rollies; Saturday night funsters guzzling cocktails; and thirtysomething couples, cooing over their shared plates. As the night-time descends, a younger scene moves in.

Be prepared this year for even longer snaking queues, especially for top streetfood purveyors like Spit & Roast, Rola Wala (we loved their deliciously sweet beetroot, coconut and paneer daal), Mother Flipper (genuinely superlative burgers) and one of our absolute favourites, Bill Or Beak: try the “Beak”, crammed with juicy grilled chicken, an anchovy dressing, and topped with garlic and rosemary croutons, capers and parmesan. Delish.

And let’s hope the team can this year resolve the odd ongoing downside: on Saturdays the most popular dishes were often fast running out by 8pm on many stalls, with almost every outlet empty by 9 or 10pm. And the draft microbrewery lagers and ales were snapped up very quickly too, with the only option then being far inferior bottles of Moretti, or dreary Red Stripe in cans.

So the only real solution is to get there early and tuck in. Although, if you all do that, hell, it’ll be even busier.

Model Market Lewisham runs every Friday and Saturday night from this weekend until October 3rd. Entrance £3 after 7pm.