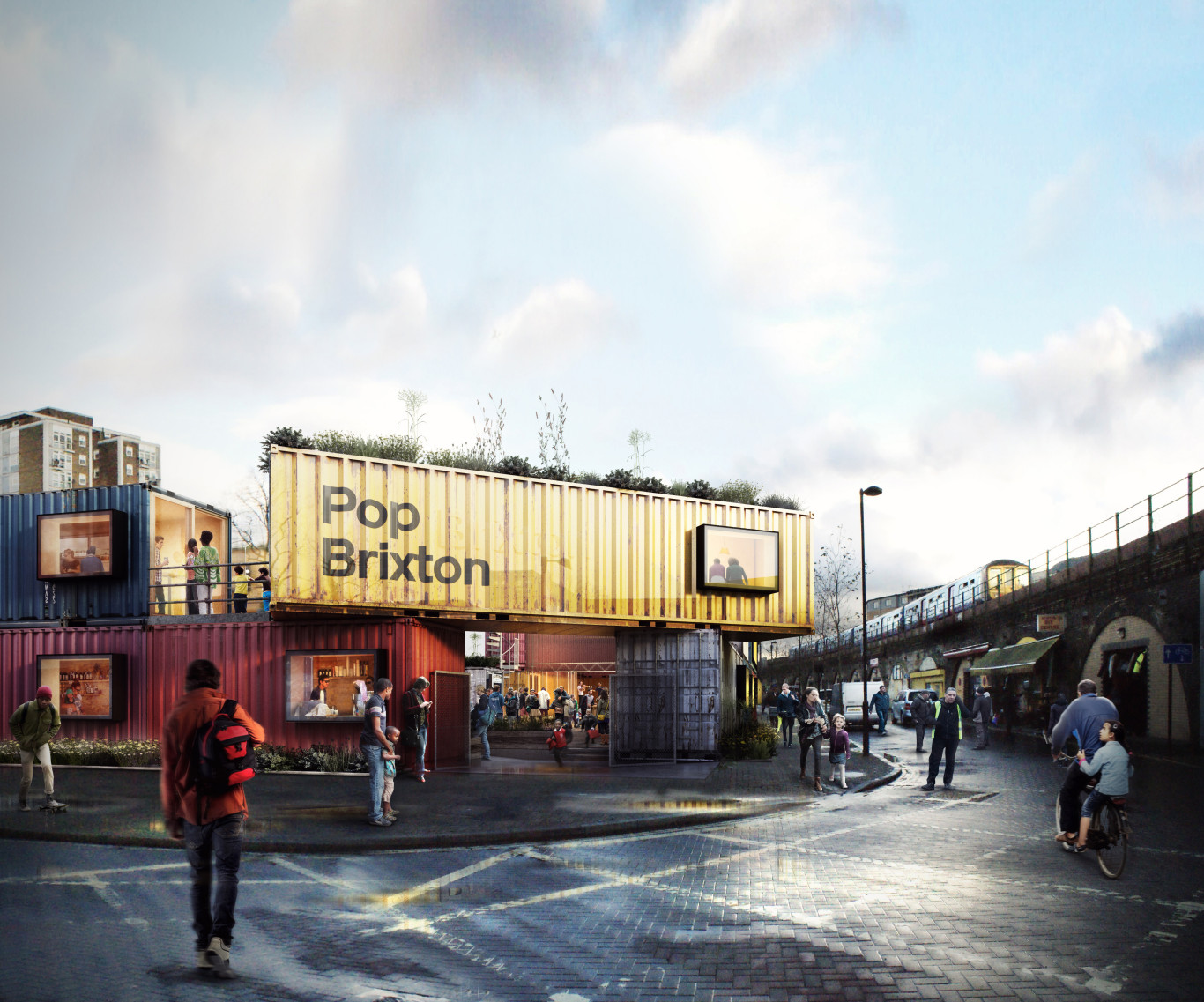 There can’t be many south Londoners who haven’t by now heard of Pop – y’know, the brand new container park opening in Brixton today.

Just a chicken bone’s hurl from the station, Pop – which has had something of a controversial genesis – hopes to support eighty entrepreneurs and create over two hundred jobs, say the founders. Commissioned by Lambeth Council, the space has been designed by award-winning Carl Turner Architects, and created out of up-cycled shipping containers.

And while some might argue that the rents of £800-£2000 a month may seem a little steep to the average start-up business, there are all sorts of stats being bandied around to counter it: 85% of the selected tenants “have connections to the local area”, for example, and ten affordable units will be rented at “20% to 50% of the standard charge”.

Sounds fair enough – but the gentrification debate is, of course, a hot potato in SW9. So maybe the twenty or so food stalls can distract us: options like Zoe’s Ghana Kitchen, Miss P’s BBQ ribs and Baba G’s Indian-British fusion.

And of course there’ll be plenty of stuff to buy, from vintage clothing sellers to Japanese tea. A garden and greenhouse area has been planted by the local community – and, as you can see from these pictures, there will be space to host local artist exhibitions, workshops, gigs and events.

What do you think of Pop Brixton? Let us know below.