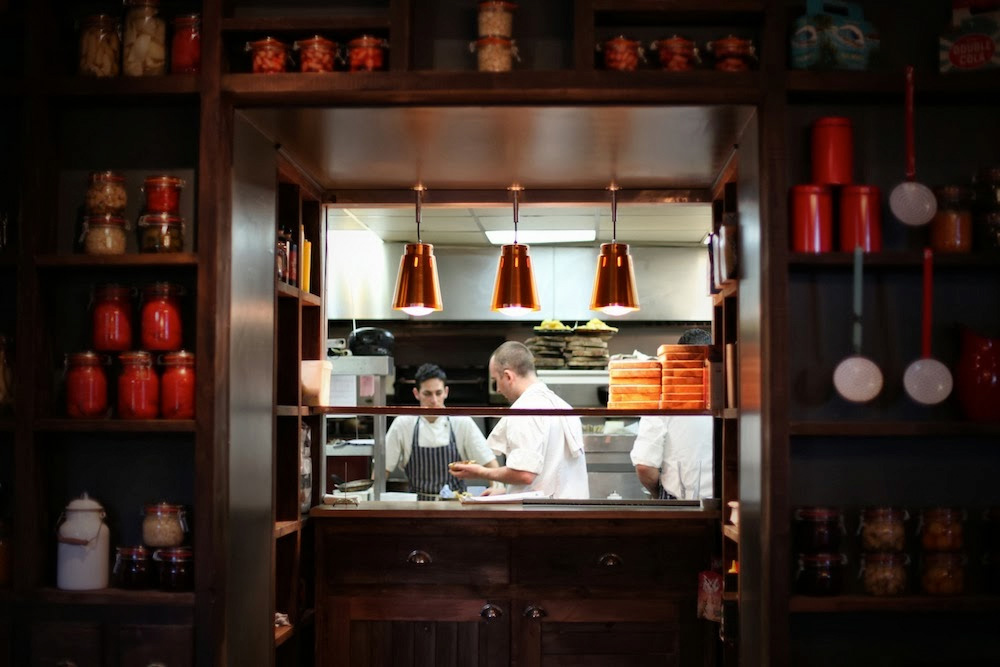 All-round affable foodie gent – and self-taught brewer – Daniel Tapper is more than happy to discuss one (or rather, three) of his favourite local haunts on a stretch of the A2214 road variously named as East Dulwich Road, Nunhead Green, and Nunhead Lane, home to a trio of independent specialist beer sellers: The Flying Pig, Hop Burns & Black, and The Beer Shop.

All three are focused, in the detail-obsessed manner common to all genuine enthusiasts, in bringing the best of independent beers to south-east London.

First stop on the route is where not only can you purchase fine craft beers from local brewers and sample some classic cocktails but, as the meaty name suggests, the pub also specialises in authentic American BBQ. So there’s everything from pulled pork sarnies, nachos, and Cobb Salad to “jospered” (meaning, Daniel informs me, that they use a Josper – a combination grill and oven ideal for indoor barbecuing) Ribeye steak, ribs or smoked chicken.

Why should you go? “They have good value offers through the week,” Daniel says. “Plus they also hold regular Meet the Brewer’s Events, a perfect way for a small micro-brewer to get some expert advice.” 58 – 60 East Dulwich Road SE22, website

Next up, a small, er, hop down the road is this watering hole which advertises itself as “the world’s greatest obsessions in one place.” Okaaay. And with over 300 bottled beers from all over the world, plus two bins packed full of vintage vinyl, music and beer connoisseurs are rather spoiled for choice in these particular obsessions.

For anyone who’d rather, God forbid, drink something other than beer, there’s also a great selection of ciders, biodynamic wines and freshly-ground coffee to keep all tastes happy. But why is it unique? “The selection of hot sauces,” says Daniel. “Artisan chilli sauce and beer. Hop Burns & Black is niche in that respect. I don’t know of anywhere else in London that throws up that combination.” 38 East Dulwich Road SE22, website

Last but not least, a 15 minute walk down the road and located opposite the rather ominously-named Pyrotechnists Arms (“which also happens to hold a really good selection of cask ales, if that’s more your thing,” says Daniel), is this less ominous sounding and more practically-named joint.

The Beer Shop is a husband-and-wife operation, a small and friendly micropub with a strong belief in supporting independent breweries. It does exactly what it says on the tin, supplying a range of craft beers, along with real ales straight from the barrel. You’re welcome to sit and chat in the cosy, living-room environment, or alternatively you can always indulge in the takeaway option.

And its USP? “There’s more of a café vibe to this one, with specialist books and magazines lying round to read,” Daniel says. “The owner, a big friendly bearded guy, takes time to explain things to you, without it being intimidating.” 40 Nunhead Green SE15, website