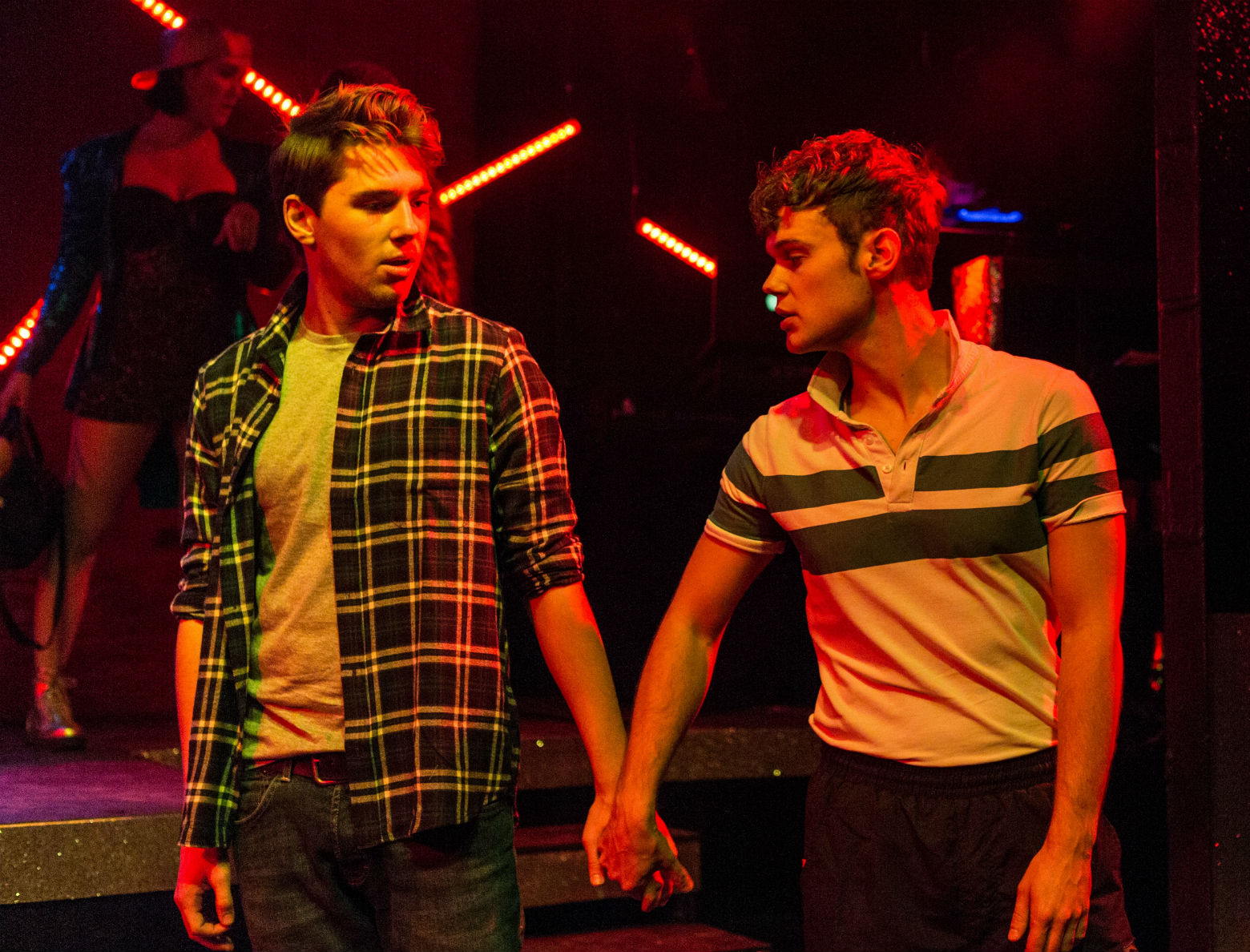 This turn-of-the-millennium musical is about to finish its run and is, I reckon, well worth catching. Written by Jonathan Harvey (most famous for his classic 90s play Beautiful Thing), it features an original score by Pet Shop Boys, and its first London revival, at the Union Theatre earlier this year, sold out almost instantly.  So it’s now back for a longer run.

In the relatively short space of time since it was written – 15 years – it’s become something of a period piece. How different the world now is, with many gay clubs and bars closed down, gay dating apps the norm and gay marriage legal. But a nostalgic quality is perhaps part of the play’s strength – especially as it’s a well-worn tale about hedonism, the dangers of excess – and finding yourself.

Set against the backdrop of late 90s Soho’s clubland, it tells the story of Dave, a new arrival from Ireland determined to “make something of himself”. Offered a job at a gay club, he quickly meets a ragbag assortment of scenesters including Billie Tricks, a camp vamp ‘mum’ figure to the club’s habitués, and Vic, the club’s owner and middle-aged gay father to estranged daughter Shell.

While the Harvey-penned script is a little light, it’s all still hugely enjoyable. The boy-meets-girl-then-boy storyline is believable enough, with talented young actors Molly Mcguire (Shell), Alex Lodge (Straight Dave) and Jonathan David Dudley (Mile End Lee) all caught in a tangle – not to mention some very convincing chemistry between the latter pair at one point.

Another notable turn is Ben Kavanagh’s Flynn, assistant to “evil” record company boss Bob (Nic Kyle), who steals the show whenever he appears. But I wasn’t so keen on the Vic character, especially actor David Habbin’s vocals on In Denial (the track originally a duet with Kylie) and the otherwise impressive number Vampires, which signals a change of shift in the play’s tone to a darker climax.

Being Pet Shop Boys, the songs are flawless and mostly filleted from the underrated 1999 album Nightlife. Typically for a musical, the catchy title track runs throughout as a motif, with different characters singing it at different stages. Other highlights are Kyle’s Bob belting out Call Me Old Fashioned, a superb Friendly Fire by Billie Tricks (Katie Meller, the character originally played by Frances De La Tour) – who also has the best lines in the play; and Shameless, a cult fan favourite and b-side from the Very era. Vocal – from the PSB’s most recent album Electric – makes a powerful finale.

By the end of it you’re pretty much rooting for all involved. And it’s worth adding that there’s a real sense of place. The Union Theatre, with its damp, under-the-arches atmosphere and dark, clubby set, is suitably evocative; and even the slightly louche bar and grungey-glam toilets add to the experience.

Catch it before it moves – perhaps – to a bigger venue.

Further reading: why Being Boring is the perfect pop song; and how the Pet Shop Boys are connected to Camden.