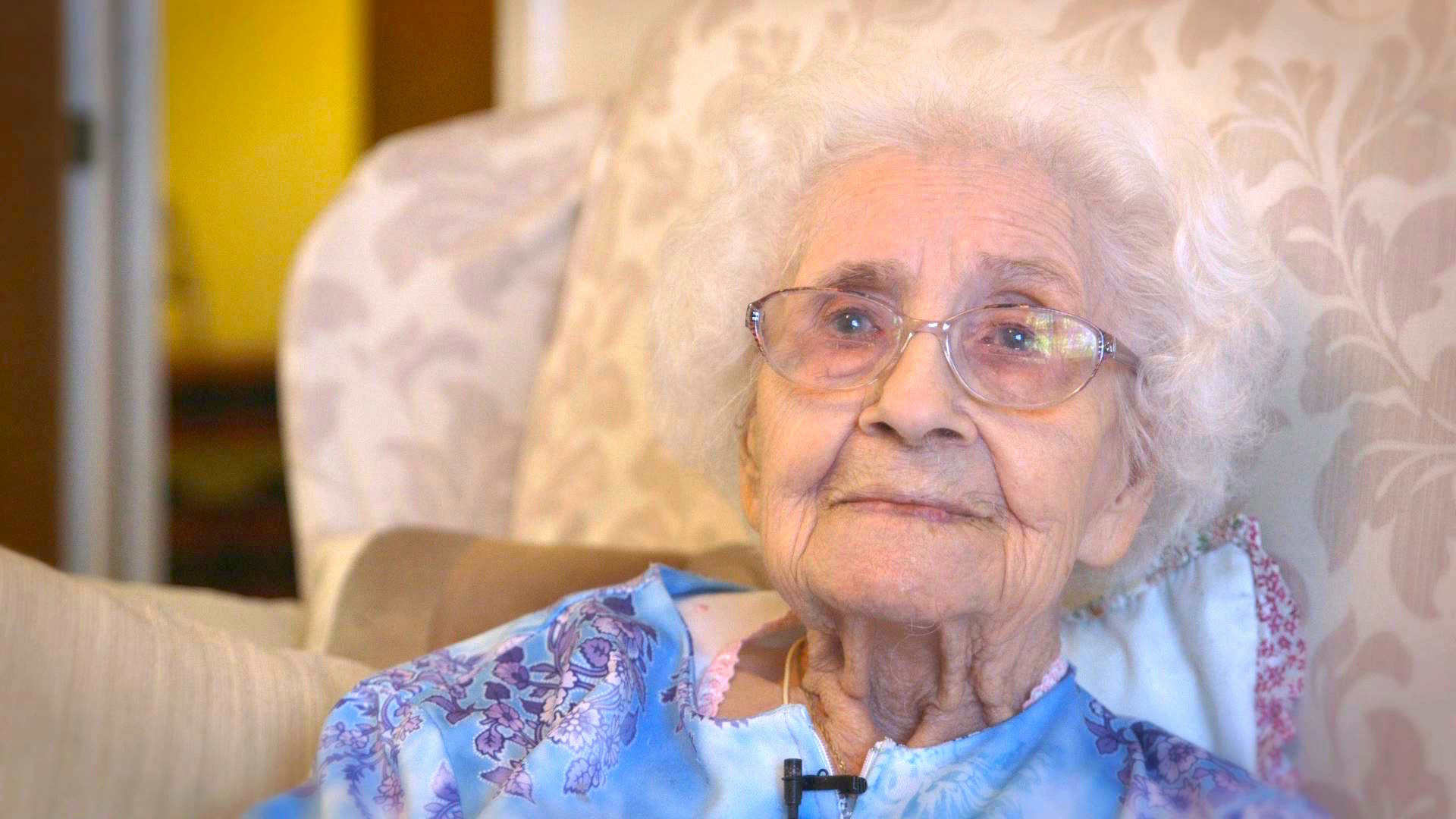 It’s not every day that you hear about life from someone who was born in 1919. Meet Margaret, our fourth hidden hero and south Londoner with 96 years’ worth of stories and wisdom to pass on to us.

Margaret began her adult life getting married three months before the outbreak of the Second World War whilst doing her bit to help out through the Women’s Auxiliary Air Force and the NAAFI. She remembers it as a time of great freedom when “the doors of life opened.”

This film could, in fact, have been ten times the length, for how to do justice to a lifetime of highs and lows, main events and sub plots, when the protagonist boasts nearly a century of experiences?

Margaret’s gentle banter guides us through her memories, a microcosm for how she explains having coped during the war: “You had to have a sense of humour: we could laugh at things that really you shouldn’t laugh at, you should cry at – but you couldn’t.”

South London is many things to many different people, and for Margaret it’s where she started out and where she’s ended up, for want of a better phrase. She’s lived in four continents, succeeded at a dozen different jobs and welcomed great grandchildren into the world.

The differences between the choices Margaret had as a woman reaching her 20s in the 1920s, and those of my generation are staggering. That may be normal of experiences 70 year apart. But how often do you gain the perspectives and insight of someone whose formative years were in another world, more or less? That’s a big part of what South London Cares tries to achieve.

Margaret gets on great with Patsy, our volunteer who’s lived in south London for just two years and visits each week. And while her partying days may only be memories now, Margaret told us that spending time recounting them to younger people who enjoy hearing about them makes her feel young again.

If you enjoy hearing Margaret’s stories, please share them, and come back next week to meet Jean and William, two south Londoners who have 50 years of marriage and a lifetime of travelling – together – under their belts.

This is box title
Words: Tess Young, who’s Programme Coordinator of South London Cares, a community network of young professionals and older neighbours hanging out and helping one another in a rapidly changing world. Find out more about them here.