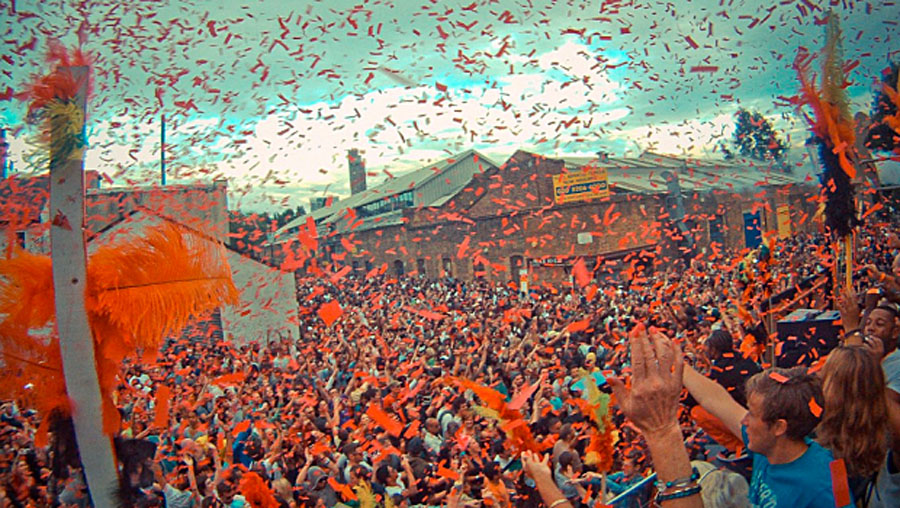 Notting Hill Carnival will forever remain our most cherished of all large-scale UK cultural events, but, as we reported last year, some of the key static soundsystems that give it such a uniquely London flavour have been unceremoniously forced out.

The financial and organisational headaches of throwing a completely free street party for millions of revellers are finally, tragically, seeing off some of its most loved institutions. And now, just as we suspected might happen, rival events are stepping in to fill the vacuum.

House of Common is a festival presented by everyone’s fave party-starting band, Madness, and though it might not have the heritage of Europe’s biggest street bonanza up the road, it is sure to lure the crowds with its musical offering. So how does Norman feel about going head-to-head with the event he made his own for over 30 years?

“It’s a new era now,” he tells us. “I’d known for a couple of years that we would be losing our Carnival pitch, and also that there wasn’t really anywhere else we’d be able to go. But I was determined to end on a high. I was the only one who knew 2013 was going to be our last year. It’s lucky I was wearing sunglasses at the end, as everyone was elated and saying ‘see you next year’ while secretly I had tears streaming down my face.”

But, having preserved his Carnival legacy perfectly, Norman is now firmly moving on. “I won’t be going anywhere near the place this year,” he says, which is fairly shocking for a man who was so regularly splashed on the cover of magazines as a living and breathing Mr. Notting Hill.

“It’s for lots of reasons,” he reveals. “Unfortunately there’s lots of politics, plus I don’t want to spend the whole day being asked the same question – when are you coming back? I’m afraid it’s over. We could never return Good Times to Carnival now, as it would be even more hectic than ever, plus we’d never have such a perfect pitch anyway.”

So instead, he’s upped sticks for Clapham, plus will also be tearing things up across town with his Good Times Goes East bash at Oval Space on Saturday 27th August too.

While the streets of west London are still sure to be filled with mas bands, chocolate-covered carousers and die hard sounds still holding their corner, something is undoubtedly being lost.

“I would hope that the spirit of Carnival continues for years and years,” says Jim Angell of legendary party system Sancho Panza, who similarly had to call it a day on their 20-year love affair with Notting Hill last year.

“Our fear is that the changing face of west London will force a new agenda through and some of the beautiful crazy spirit will be lost. In some ways I’m not sure we can comment on Carnival as since we’ve stopped doing it, we haven’t been back. It’s too painful to return.”

Exiled to consign the glorious memories to the past, they are forging ahead with an new direction: their very own festival, hopefully liberating them too from dodgy community politics and nervous policing, by leaving London completely.

“We hope to take a lot of the original energy of our Carnival system out to the country, basically,” says Jim. “Loads of people hugging each other, looking out for each other and feeling fantastic music together. We can’t take the streets of Middle Row with us, but we’ll certainly be glad to see the back of blocked off roads.”

However, away from the annual frenzy of Notting Hill, it’s not exactly plain sailing throwing a decent party anywhere else, either. Norman attempted to run a Good Times in the Park festival back in 2014, but the event was cancelled due to the complexities of staging anything new in today’s climate.

“I have first-hand experience of just how difficult it all is,” he says of the disappointment. “That’s also why I know we can’t return to Carnival, although don’t rule out another attempt at a large-scale Good Times at some point,” he smiles, tentatively.

And Jim sees all this in purely evolutionary terms too. “The future is unwritten, but this feels like our destiny,” he says of the inaugural Campo Sancho fest. “We still love music, we still love producing events and we still want to come together with like-minded people. Our vision is for this to grow into an annual event, but it’s not about getting bigger and bigger. It’s about finding a perfect size in a perfect location and being creative and free with friends and a load of kids. We feel we’ve already got the perfect location, let’s see if we can make the rest a reality.”