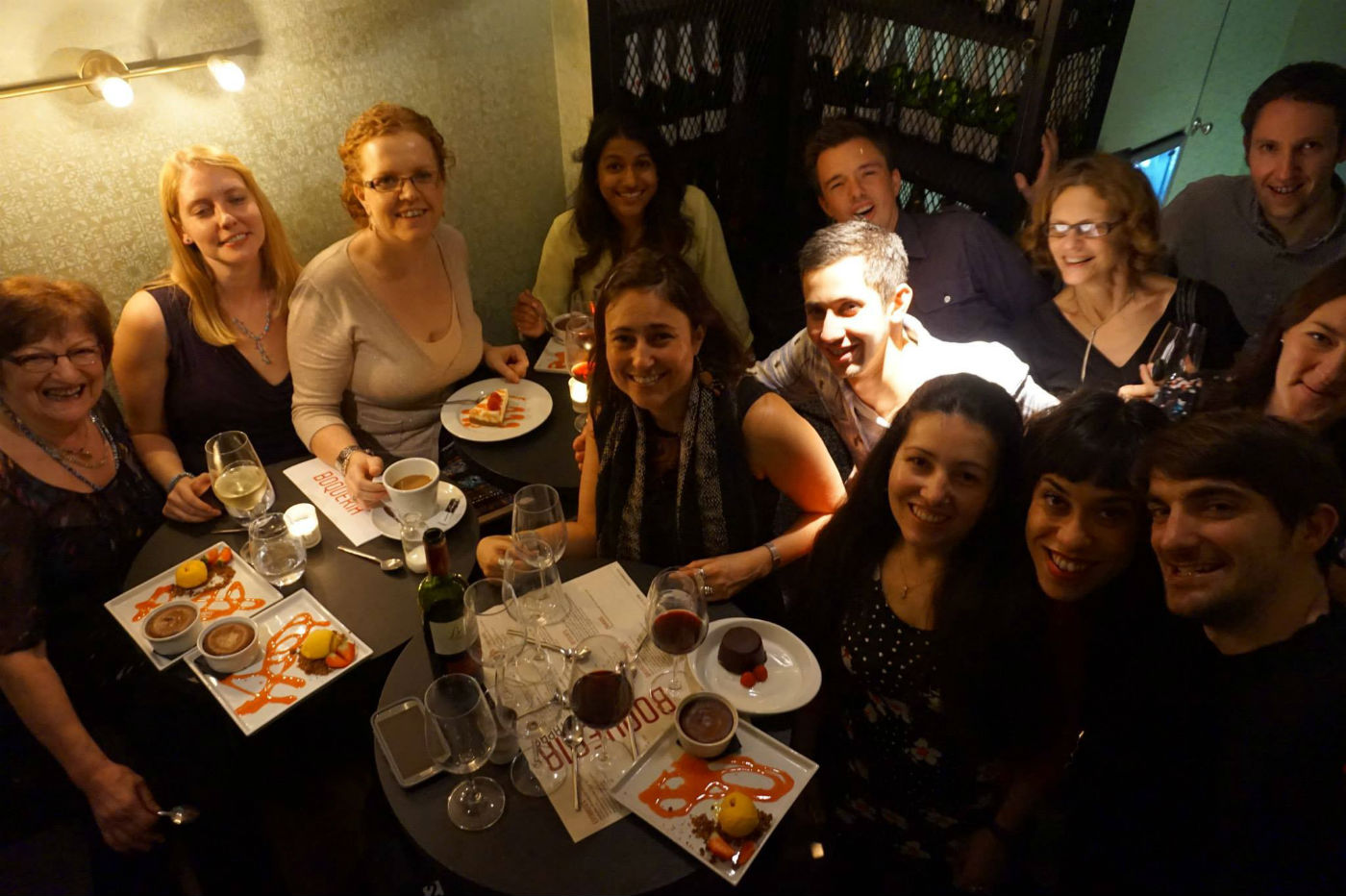 Jimmy Burns is chairman of the British Spanish Society, and a long-time resident and advocate for all things Battersea. “When I moved here over 30 years ago, my friends couldn’t believe it,” he says with a chuckle. “It was as if I was moving into some dangerous red-light zone, far away beyond the river.”

We are at Caffettino, a wonderful little Italian café on Battersea Park Road, the smell of freshly backed pastries in the air, drinking rich, bitter black coffee.

Born in Madrid and brought up in the UK, Jimmy has nurtured his Spanish identity as much as his British one, later studying Latin American Politics and Government at post-graduate level, before moving to Argentina to serve as chief of the Southern Cone bureau for the Financial Times.

In 2013, he became chairman of the British Spanish Society. Since then he has helped the institution grow from as few as 300 members to now over a thousand, with substantial partnerships in the corporate sector, helping the charity to fund post-graduate scholarships for both British and Spanish students. The society also publishes a bilingual magazine, La Revista, that reaches out to over 4000 readers per trimester.

There are British, Spanish and Latin American members, ever-increasing due to the Hispanic diaspora both in London and in Battersea. It appeals to Londoners interested in Spain and its culture, but also to Spaniards now local to the area, who continue to seek out experiences that keep them tied to their homeland.

“London has that marvelously unique quality which has allowed it to keep a balance between all the different ethnic idiosyncrasies of particular groups and nationalities, whilst still making you feel that you are in the UK and can benefit from everything this country has to offer,” he says.  “At the British Spanish Society we try to keep that balance. For example next month we’re organizing a bike ride around London, visiting landmarks that are related to Spain in some way, offering a cultural experience that is as tied to London as it is to Spain.”

Being bi-national means that Jimmy understands what it is to have an identity that is multi-faceted, and being from Battersea also means that he understand the importance of being part of a local community, whatever its make-up.

“Battersea has always had a very strong immigrant community,” he says. “The Irish working class were amongst the first in the area, then the Italians also started to settle. I would say now Spaniards are discovering it, but there is of course a bit of everything.

“Nonetheless, the Spanish element here is quite strong and, as a community, we do make the effort to engage amongst ourselves and support each other. We hold events at local restaurant Boqueria, as well as having strong ties with the school and cultural centre Battersea Spanish. It is in this very cafe in fact that I met for the first time the school’s founder, Sara Caba.”

I look around and take note of the other customers, happily sipping away at their cappuccinos or busying away on their laptops. “The wonderful thing in this area,” Jimmy continues, “is that it is a great place to meet people.”

They both greet me on a rainy day, a painfully sorry sight in August, and one that makes me slightly weary when I ask what it is that drew them to the UK. “Certainly not the weather!” We all agree.

Still, despite the deluge, Jaime insists Battersea is the future of London. “When we first came here there really wasn’t much going on, apart from the residential estates and the park. But I believe this is a great area to live in; great for transport, services and we really are quite central. Once they open the tube station here, the transformation will be even more radical.”

Jaime hasn’t been the only one to notice the potential in Battersea, neither is he the only Spaniard. “Whilst Notting Hill is probably more renowned amongst my people, I would say Battersea’s local Spanish population has significantly grown over the years, whilst in Brixton we have seen a huge number of Latin Americans move to the area.”

Jaime also denotes the marked presence of British people who are keen to discover the culture and food of Spain. “We have many customers who are English but are learning Spanish or who have a keen interest in our country. I believe it is in part because Spain is such a big tourist destination, but I also because British people love food, love culture and love learning new things.”

Boqueria offers its visitors fresh, homemade dishes, cooked from scratch with organic Spanish ingredients. “We aim to provide a fully immersive experience for our customers, so our menu still has the names of our dishes in Spanish. You cannot translate patatas bravas, but you can describe it in English. So our menus are bilingual, and this allows our customers to learn a little bit of Spanish as they eat.”

For Spaniards, the restaurant is as much a ticket abroad, or in their case, home, as it would be for anyone else. Being from Mexico, Alicia understands the ties people can have with their homeland and food. “In my country we have many problems and that is a sad thing. But we are still so proud of who we are and of our food, maybe even more than the Spanish.”

She laughs, and it is as if I can see the warmth of Mexican chilli glow from her eyes. “We hold many events here to honour particular areas of Spain. For example, we have Txoko nights to celebrate the Basque country and culture, which in its original sense means a traditional meet up when people come together to cook, eat and socialize. Or we serve calcotadas, typical of Cataluña, and this really brings in the crowds. I can see on their faces how their hearts are contented as they eat, finding again their roots through food.”

Both Jaime and Alicia have found London a welcoming place, a cosmopolitan city well accustomed to the continuous flows of new people and cultures. And their mission to serve food as a form of supporting their own identity is clear. “I am sure at Battersea Spanish, there are few students who have not at least been tempted to try out Spanish and Latin American cuisine. Learning a new language is to take on the whole package really; food, culture, experience. By eating the cuisine of the people whose language you are learning, surely you discover more about the people and understand them better.”

An analysis Sara Caba from Battersea Spanish agrees with, as I catch up with her at the tail end of a Friday afternoon. A prominent member of the Hispanic community in Battersea and proud representative of her home country Costa Rica, she has built with the teachers and the students the thriving hub that is Battersea Spanish today.

“My image of a community is people sitting around a table, sharing, nibbling at something yummy and chatting away; people connecting and feeling at home. It is being in a place that feels like home, which is what Battersea Spanish aims to achieve in every single, class, event and decision it makes.”

The school has formed vital ties with the people of Battersea, throwing parties for its students at Boqueria and stocking its classrooms with issues of La Revista from the British Spanish Society. Together, they share the love, language and culture of Spain, Latin America and surprisingly, of a very Spanish Battersea indeed.

This is box title
Battersea Spanish opens its doors on September 10th to invite you to come and see for yourself what it’s all about. More info here