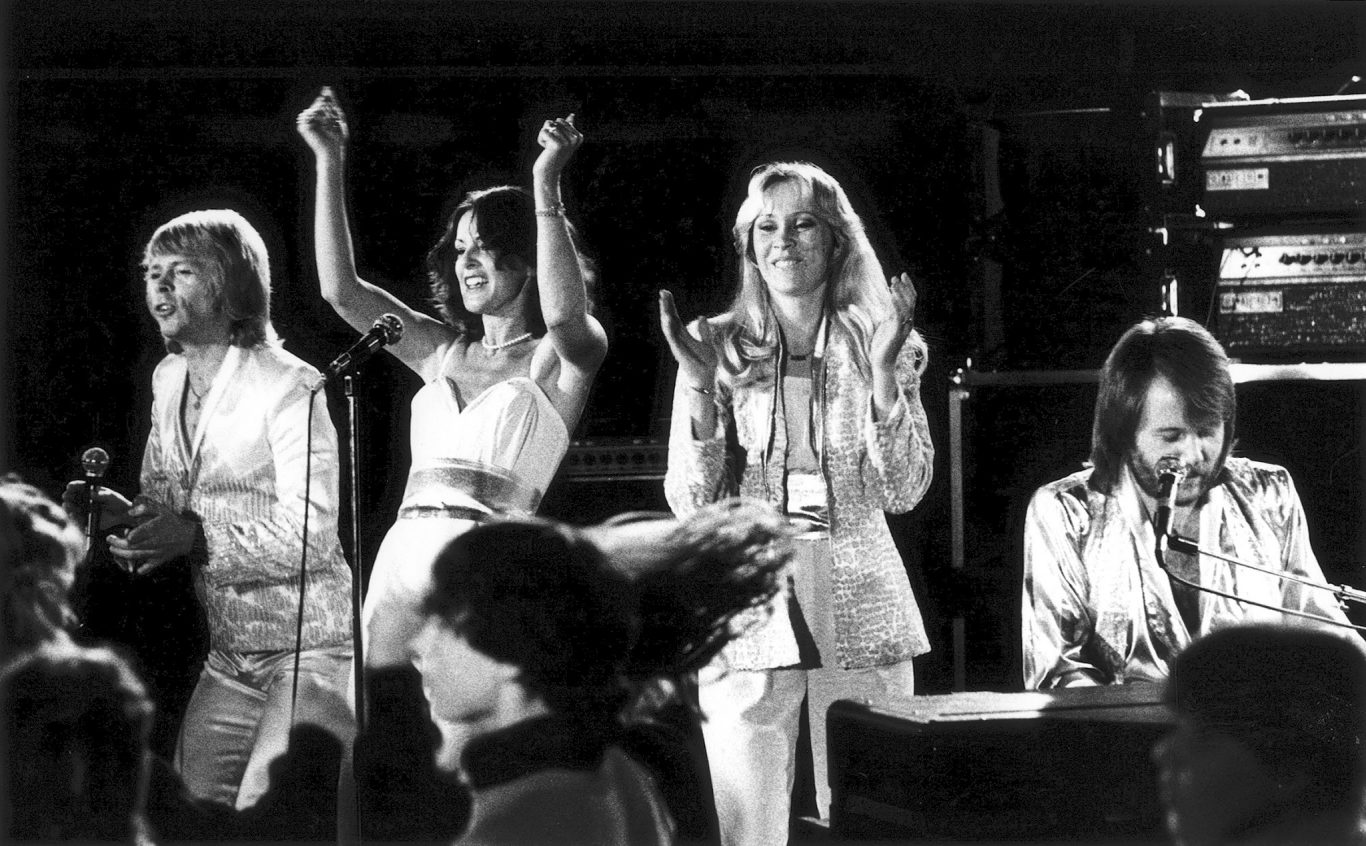 We’re pretty excited about this. An immersive show, ABBA: Super Troupers, is coming to the Southbank in December, curated in conjunction with the Abba Museum in Stockholm.

It will recreate the rise to enormous worldwide fame and lasting legacy of the band (Agnetha Fältskog, Björn Ulvaeus, Benny Andersson, and Anni-Frid Lyngstad), set against the shifting socio-economic and political conditions of the time.

Audiences will be “transported” on a journey through previously unseen archive material including original costumes, handwritten notes and sketches, personal photographs, music and instruments, plus album artwork, photography and film by notable collaborators such as film director Lasse Hallström.

Better still, theatrical backdrops will recreate some of the most significant events from their heyday – including a hotel room, music studio and the disco – and provide context to the evolution of their creative process and their enduring appeal, from the Mamma Mia! phenomenon to their multi-million record sales worldwide.

Against the backdrop of 1970s Britain – a financial crisis, a wave of strikes and a three-day working week – Abba infiltrated the popular consciousness with their optimism and dominated the airwaves with their seemingly carefree pop.

The show hopes to go beneath the surface to examine the serious stories behind the unforgettable lyrics and tunes, the band’s innovative multi-layered sound, their pioneering approach to the music video and the influence of their unique styling on successive generations.

Objects from ABBA The Museum and private archives will be brought together in the UK for the first time, charting the success of the global pop sensation from their individual careers to their Eurovision Song Contest win and subsequent international stardom, as they topped the charts worldwide from 1974 to 1982.

Why The Day Before You Came is Abba’s best song

For those who remain immune to Abba’s charms or haven’t heard the song (after all, it wasn’t on Mamma Mia!) The Day Before You Came – like many a classic – was an inexplicable flop, peaking at No 32 in October 1982 during a prolonged period of decline for the band. Rumour has it that the vocal was performed by Agnetha with the lights off, causing a whisper throughout the studio that this really was the end for the group.

Finishing her vocals, our heroine was to remove her headphones and walk solemnly out into the daylight, never to return.

But recording circumstances aside, what’s so special about The Day Before You Came? Surely it can’t compete with the transcendence of, say,  The Winner Takes It All?

I would argue that, in keeping with the band’s final album, The Visitors, the track’s power lies in its layering of boredom and grandeur, transience and doom. It combines a rising sense of melancholy, both in its melody and production, with wistful, nostalgic lyrics as it charts the ordinary life of a woman the day before the arrival of her lover.

It’s this ordinariness, this universality (ironic given the band’s fame) that hooks the listener immediately. Agnetha’s first-person account of a day at the office, backlit by an almost unacknowledged depression, morphs into an unusually poignant parable of what modern life means. We are whisked through a sludge-grey morning commute, “heaps of papers waiting to be signed”, and a rainy lunch at the “usual place” with “the usual bunch”, followed by the slog home at 5pm with “Chinese food to go”. Finally, at quarter past ten, our world-weary protagonist collapses into bed insisting she has “no sense of living without aim”.

So far, so Abba. Yet if we look closer, the song’s meaning becomes harder to fathom. Throughout, the lyrics are oddly imprecise – every sentence begins with “I must have … ” or “I’m pretty sure … ” – and it’s this vague recollective tone that gives her account a tinge of unreality, even fiction. She is the perfect unreliable narrator: “I’m sure my life was well within its usual frame”, she sings at one point, and we fear the reverse; later she claims, “at the time I never noticed I was blue”.

Further ambiguity is provided by her bedside reading matter: the feminist American author “Marilyn French, or something in that style”. Throw in the genuine sense of loss in Agnetha’s voice, Frida’s operatics, a moodily expressionist video and plaintive synths as omnipresent as the rain “rattling” on the roof, and The Day Before You Came carries a sense of foreboding almost unparalleled in pop music.

And all this is heightened by an extended funereal instrumental coda which acts as one big question mark, leaving us with the feeling that this is not just a meditation on the quotidian but something greater, existential even. Stephen Emms

ABBA: Super Troupers, 14 December 2017 – 29 April 2018, Spirit Level at Southbank Centre’s Royal Festival Hall. For ages 7+. Not suitable for younger children (including toddlers and babes in arms).
£25 £20 £15. Tickets will go on sale to the general public on Thursday 6 July.