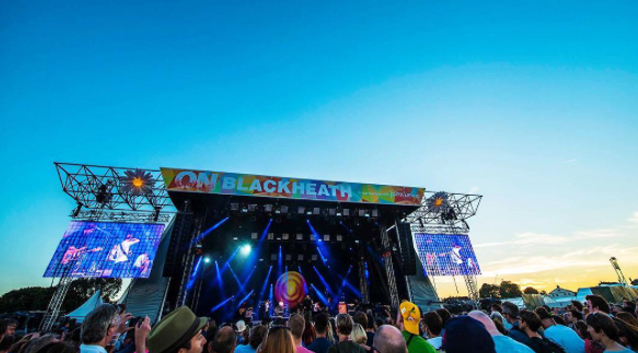 Summer is dangling by a thread. And the last vestiges of alfresco shenanigans are taking place this weekend with the folks behind On Blackheath taking it upon themselves to send off the season with a bang.

This is the fourth time the annual festival has rolled onto the famous SE slab of greenery. Saturday headliners include iconic noughties Glaswegian rockers Travis, returning with a a UK festival exclusive performance of their enduringly successful album The Man Who.

And you know the drill by now: cheesy-chips, grease-oozing noodles and plastic pints of lukewarm Fosters don’t quite cut it. Handy then, that a Food Village will be churning out tasty treats from some of London’s best streetfood purveyors. There’s also a demo stage, guest chefs, cooking classes and, necessarily, a craft beer bar set up by local brewers, Meantime.

And those with ankle-biters are welcome to drag them along too: there’s a family adventure area, giant art walls, storytelling stage and street theatre, to mention but a handful of kid-friendly pursuits.

This is box title
More info and tickets available here (£49.50 for a single day and £90 for the weekend)