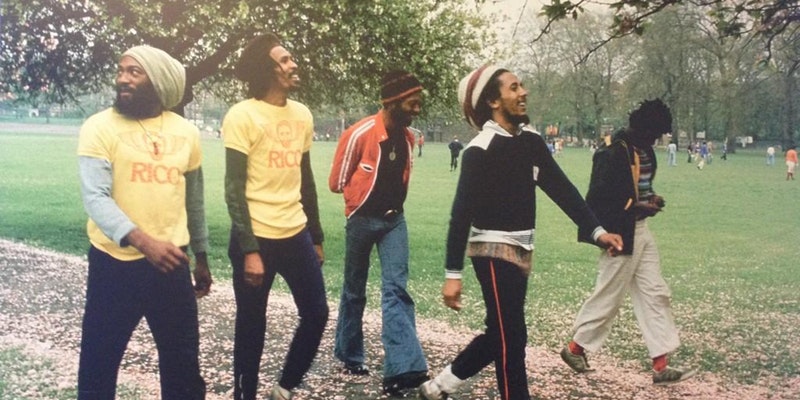 Black History Month in South London – what not to miss

Marking 30 years of BHM here's a round-up of the best from Brixton and Lewisham to Kennington, Southwark amd Wandsworth

Kicking off from Kennington tube station this guided walking tour traces the history of radical politics and Rastafarianism in and around the area. Centring upon the teachings of Bob Marley (who, when in London recording Exodus in the 1970’s, visited the Rastafarian temple on St.Agnes Place and then played football in the Kennington Park) and William Cuffay (one of London’s pioneering mixed race politicians and the outspoken leader of the Chartist working class movement), the tour hopes to relive the history of resistance in Kennington Park.

It will be led by CoolWalks, a group of local, experienced volunteers from the community arts and mental wellbeing charity, CoolTan Arts. £6, free if conc. Meet at Kennington Park Station at 2pm-4pm, Thu 26th Oct. Tickets, info on this tour and others here.

Did you know, in the early 1800’s, abolitionist campaigners – like William Wilberforce and Granville Sharp – set up a school in Clapham called the African Academy? The intention was educating boys (aged 10-17) brought over from Sierra Leone and the sons of Krio and non-Krio families of influence.

This month, Krios Dot Com are partnering with Krio Descendants Union to host an evening of discussion, photography and literature aimed at ‘celebrating the past and embracing the future’. Talks will be led by an expert panel discussing how the education of Black boys has developed since the days of the African Academy, what education is like now and what direction it might take in the future.

Alongside this renowned historian Steve Martin will be discussing his book Jupiter Williams. It charts the story of a Clapham Academy pupil forced to leave his boarding school to scour through the slums of 19th Century London to find his lost brother. Free event, Sierra Leonean food and drink will be on sale. Fri 27th Oct, 6:30pm-10:30pm. The Crypt at St Peter’s, Liverpool Grove, SE17. Register to attend here.

This BBC documentary tells the story of the thousands of Caribbean and African women who, 70 years ago, answered the call to come to the UK and save the ailing health service. It is a tale of overcoming racism, fighting for career progression and a relentless battle for national recognition.

A series of 30 photographs have been plucked from the archives, dusted down and are now ready for public view for the first time in over 125 years. Displayed in a pop-up gallery in Lewisham Library, the images, taken during the Victorian era, provide a unique snapshot into the lives’ of African, Caribbean and South Asian people during the period. Free, open daily at Lewisham Library, 199 Lewisham High St, SW13. More here.

Inspired by the true story of William Freeman, who was put on trial in 19th Century New York and the first case to raise ‘insanity’ as a defence in the US. William’s story is used as a platform to explore the relationships between people of colour, the criminal justice system, and mental health: spanning from segregated 1846 America, right up to the death of Sarah Reed in London last year.

BANKSIDE: Art, Soul of a Nation: Art in the Age of Black

Shining a light on the vital contribution of Black artists to a dramatic period in American art and history, this acclaimed exhibition is coming to an end on 22nd Oct. Starting from 1963, at the height of the Civil Rights movement, it follows more militant calls for Black Power that emerged in its wake.

Works include vibrant paintings, powerful murals, collage, photography, revolutionary clothing designs and sculptures made with Black hair, melted records, and tights. The variety of artworks reflects the many viewpoints of artists and collectives at work during these explosive times. Some engage with legendary figures from the period, with paintings in homage to political leaders Martin Luther King, Malcolm X and Angela David and musician John Coltrane.

This landmark exhibition is a rare opportunity to see era-defining artworks that changed the face of art in America, catch it while it lasts. £16.50, £14.50 conc, ends 22nd Oct, Tate Modern, SE1. More here.

Black Sound tells the story of 100 years of musical creativity and DIY ingenuity in the UK. Overcoming the status quo of the music industry, Black British music has migrated from the margins to claim and transform the mainstream. This exhibition celebrates the pioneering players, promoters, producers and punters who made it all happen and shaped this country’s cultural history.

The exhibition will be primarily centred around the Black Cultural Archive’s collection of ephemera, photographs, vinyl, cassettes, and music tracks to showcase the musical heritage of Black people across the UK. Audio-guided tours will be available as well as the opportunity to listen to a mix of the top 100 most seminal albums from the last 100 years. Free, £3 for audio-guide, Tue-Sat 10-6pm, until 4th Nov. Windrush Square, SW2. More here.