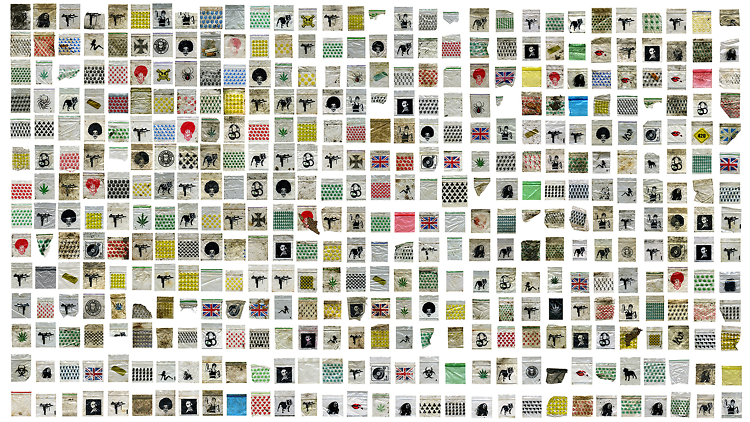 The reverberations of the ‘war on drugs’ – or the failure thereof – can be felt around the world, from a tiny village in northern Brazil to that house party down the end of your road last weekend. The heavily stigmatised, war-like attitude to substances has seen repression and control take the reigns over common-sense solutions with their roots in dignity, health and human rights.

In light of this, an internationally acclaimed arts and culture hub, lauded for using art to demonstrate how drug policies impact and shape communities across the globe, is rolling into town this weekend.

Called the Museum of Drug Policy, it started in New York a couple of years back, and this free pop-up event will be running for three days only. Consisting of 60 pieces of art from eight different countries, works include Dean Giannopoulos’s collage consisting of 420 baggies mapped on the streets of south east London and Tracy Hetzel’s series of portraits of people killed by their state for drug offenses.

“This is a particularly poignant time in the UK to be showcasing the impact of current drug policies,” says Niamh Eastwood, executive director of Release – the British drugs charity hosting the museum’s stint in London.

“Drug-related deaths in this country have reached the highest rate on record,” she says, “and thousands of people who use drugs have been criminalized instead of getting the help they need. The Museum is an excellent opportunity to elevate the drug policy debate, using art to highlight the relationship between drug policy and issues of social control — especially in relation to class and race — in ways our government refuses to address.”

This is sure to be an eye-opening artistic exploration into where we are now and a crucial space for communicating how we can collectively get to where we need to be.