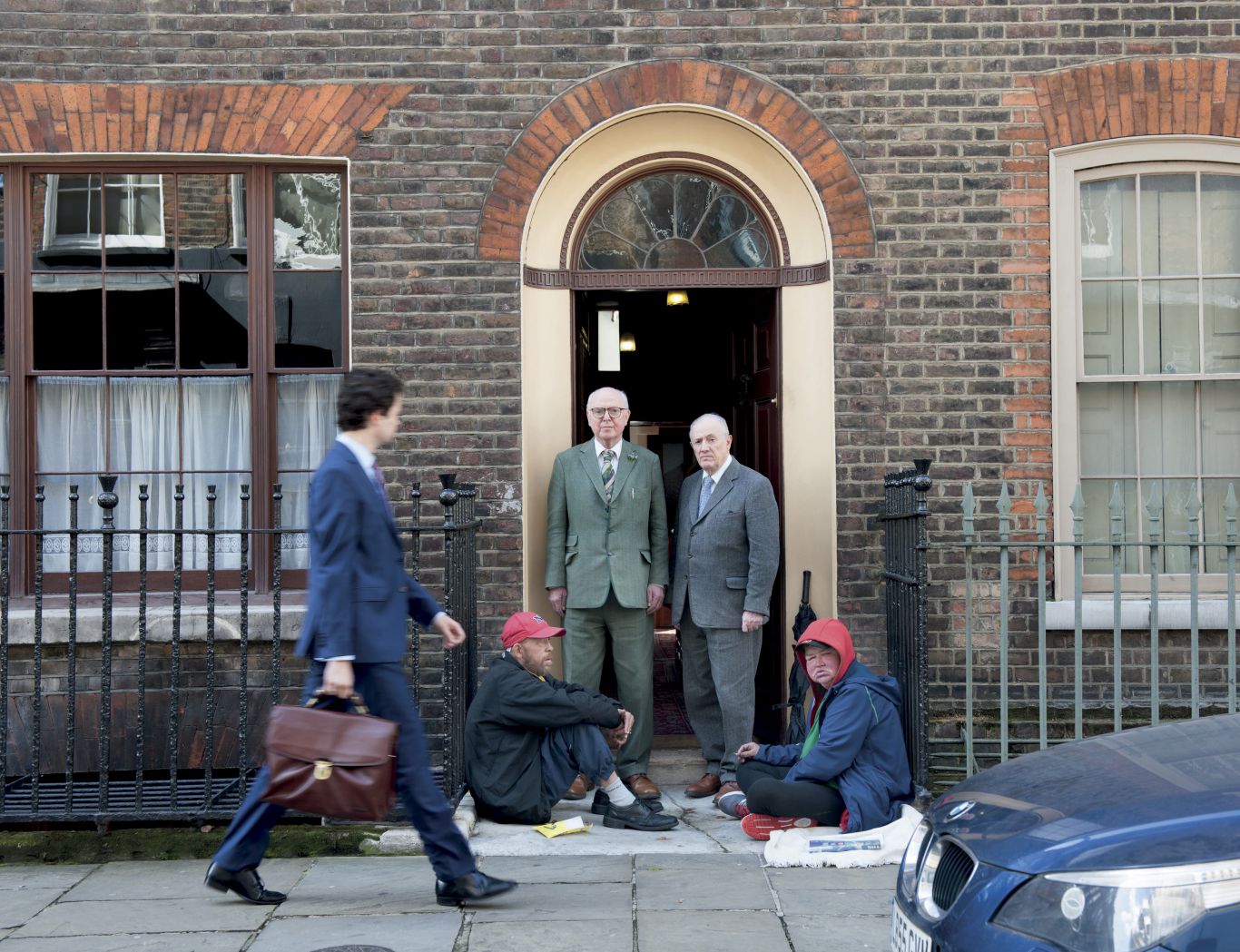 We’ve followed the captivating antics of Whitechapel’s iconic artists for a couple of decades now – and can assuredly say that every show is worth catching.

Having first met as students at Saint Martin’s School of Art exactly half a century ago in 1967, the pair have lived and worked together as a single artist ever since. It goes without saying that they’ve won a stack of awards, including the Turner Prize back in 1986, and represented Great Britain at the 2005 Venice Biennale.

So one to add to your Xmas holiday to-do list is the current show at the White Cube, which celebrates 50 years of their art with The Beard Pictures And Their Fuckosophy, a new exhibition spanning all four galleries at Bermondsey (hint: it really is a lovely airy space).

In the show, Gilbert & George appear as looming, otherworldly figures masked by surreal and symbolic beards; referencing beards not only as an emblem of millennial youth, but also as a mark of religious faith and social status.

Also on display is THE FUCKOSOPHY, a collection of nearly 4000 pronouncements and mottoes created by Gilbert & George and installed on a large scale in the main corridor and gallery.

Not one to take granny to, then. But essential nonetheless.

This is box title
The Beard Pictures And Their Fuckosophy runs until 28th Jan at White Cube, 144 – 152 Bermondsey Street SE1 3TQ. More info and tickets here