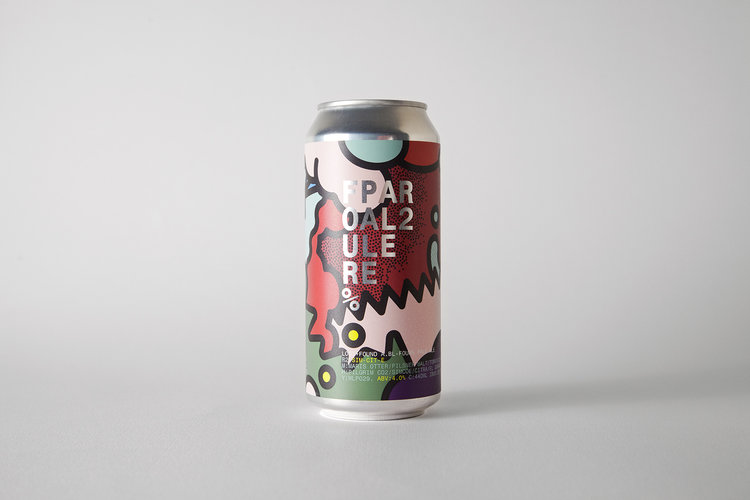 Small-scale brewery Lost + Found will be taking over the taps at the Tate’s Terrace Bar next Thursday (25th Jan) – just in time to break any month-long dryanuary tendencies you have acquired. Silly you.

But who are they? The team started with an incy five gallon brew-lab in the garage of their Brighton townhouse, where they split and cascaded batches hoping to create unique and unusual combinations of malt, hops and yeast.

Now based in bigger, permanent premises in Horsham, Sussex, and with an ever-evolving line-up of hoppy delights, they use seasonal ingredients to create their range of crisp and refreshing ales.

Understandably stoked to have had their bespoke brews and swish can-designs now available at the Tate, co-founder co-founder Chris Angelkov says it’s great to know that our beer “is going to sit alongside some of the foremost and forward-thinking artworks in the world.”

Too right. And yes, if you’d rather pour liquid artworks down your gullet, they’ll be launching five new beers next week, including the juicy IPA 64Bit, a zingy session IPA called Hold It Down and Revert To Type, a 3.8% crisp pale ale. On top of that, you can find out about their brewing process and beer art design at the obligatory meet-the-brewer talk.

And as for the actual can designs? While not quite in the Rothko league, they certainly ain’t too shabby neither.

This is box title
The cheapest ticket (£15) gets you five third pints. The Tap Takeover launch night is at the Terrace Bar, Tate Modern, Bankside SE1, Thurs (25th), from 630pm. Info and tickets here.