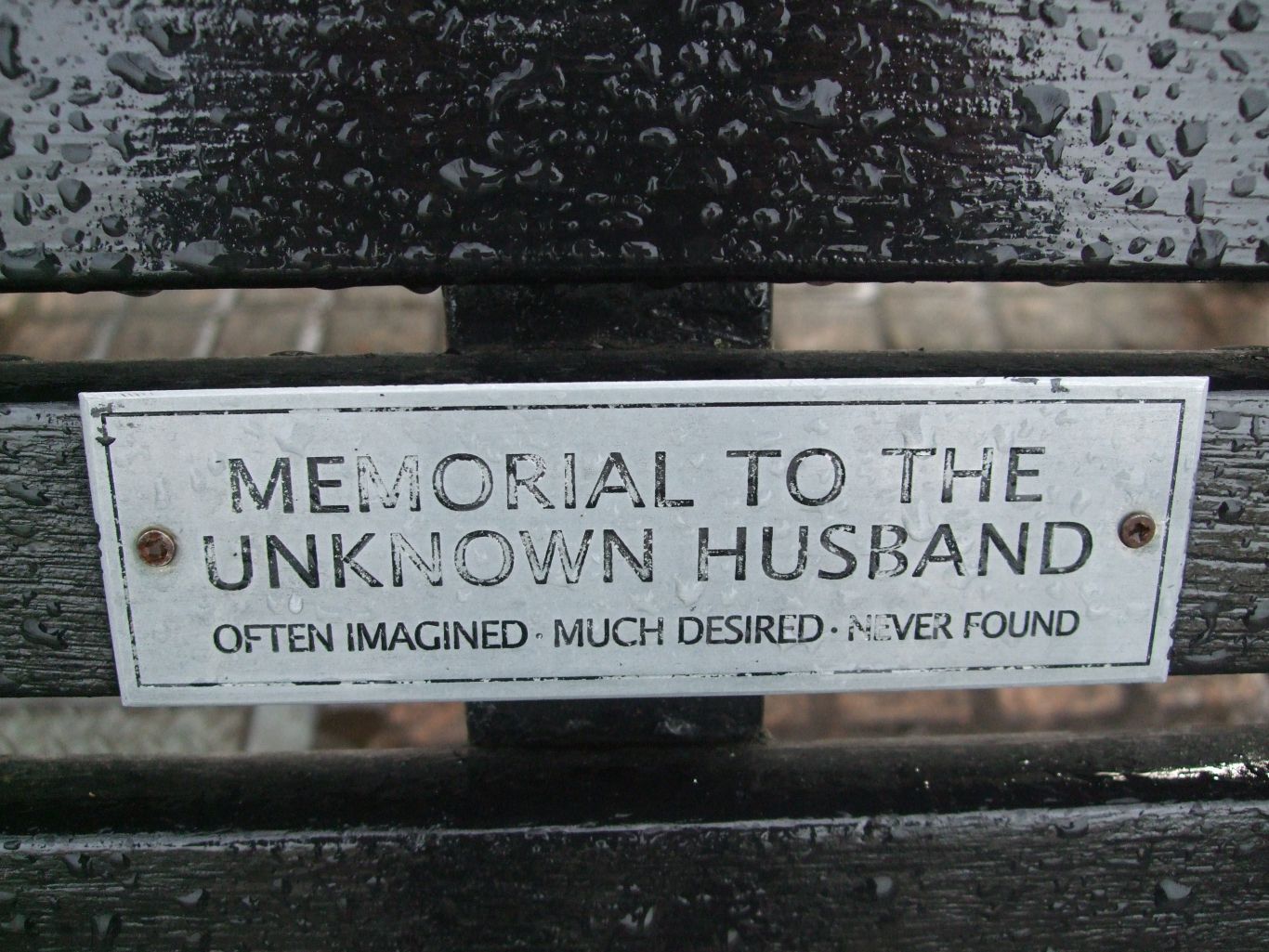 Even when the sky’s grey, and the rain’s falling, this inscription, on the South Bank, still sparkles.

If you’re seeing it for the first time, questions trouble the mind: who would go to such effort (and expense)? What must be their backstory? At what age did they decide to commemorate something that had never actually happened? And why the specific adjective “unknown”, with its allusion to the nameless warrior buried in Westminster Abbey; its echoes of death and sacrifice?

We’ll probably never know (and, believe me, I’ve asked around). Instead, as the powerful cadence of ‘often/much/never’ reaches its climax, we’re left with an outline of a woman, or a man, gazing out at the taupe river, pondering hope, fantasy, regret and reality.

And, whether you’re single or attached right now – OK, today – it’s this universality which gives the bench its enduring power.

This is box title
Enjoyed this? Read a lot more about the moving stories behind memorial bench inscriptions here.