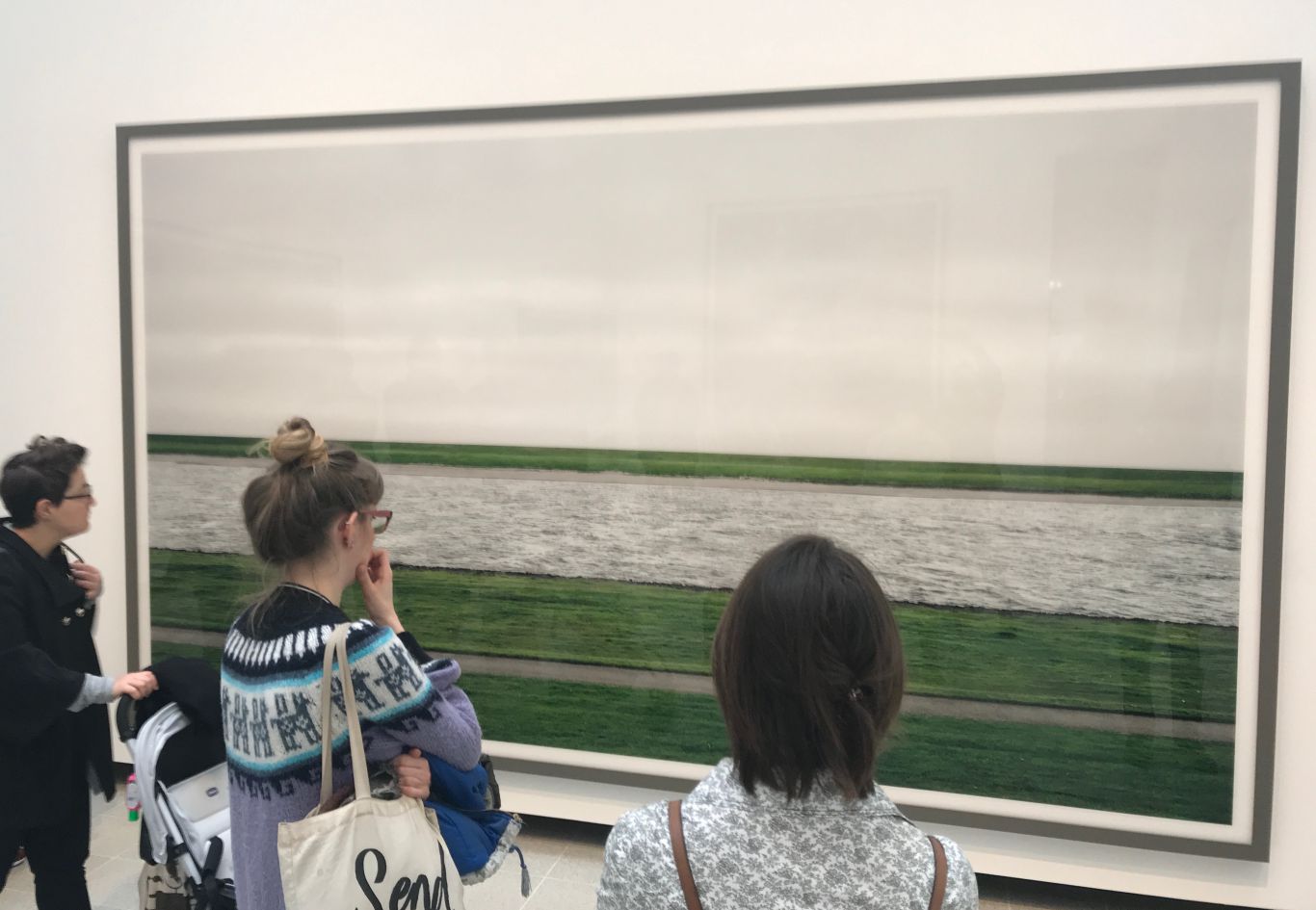 There are only three weeks left to catch one of 2018’s great exhibitions – the major retrospective of German photographer Andreas Gursky. It features sixty-eight of the artist’s photographs, from the 1980s through to 2017, with several displayed for the first time.

You may know some of his more famous works – the frenzied stock exchange scene in Chicago Board of Trade III (2009), for example – which celebrate what you might call the collective existence of nightclubs, factories, arenas and vast landscapes.

But this is a rare chance to scrutinise a wide cross-section of his career highlights, including the more modest earlier photos, which seem positively basic by comparison with the later greats.

Our favourites included the vast online shopping distribution centre shown in Amazon (2016), the immense block of flats in Paris, Montparnasse (1993), and Rhine II (1999/2015) a digitally-tweaked vision of the river as a contemporary minimalist symbol, complete with coal power station edited out (see main pic, above).

But the absolute must-see? The awesome May Day IV (2000/2014), depicting hundreds of revellers at Germany’s long-running techno festival. It’s constructed from multiple shots to ensure that every figure on the dancefloor appears in focus. And you can lose yourself in it for hours.

The power of these images is really that they rival the scale of monumental paintings, with their intoxicating sense of scope (and hope). As Gursky himself stated: “I only pursue one goal: the encyclopedia of life.”

The only caveat? You’ll be elbowing hundreds of fellow enthusiasts out of the way to grab a closer look. Don’t even try to visit after 1pm on a Sunday (as we did): the crowds, ebbing and flowing in each room, at times threaten to drown out the contemplative beauty of the detail.