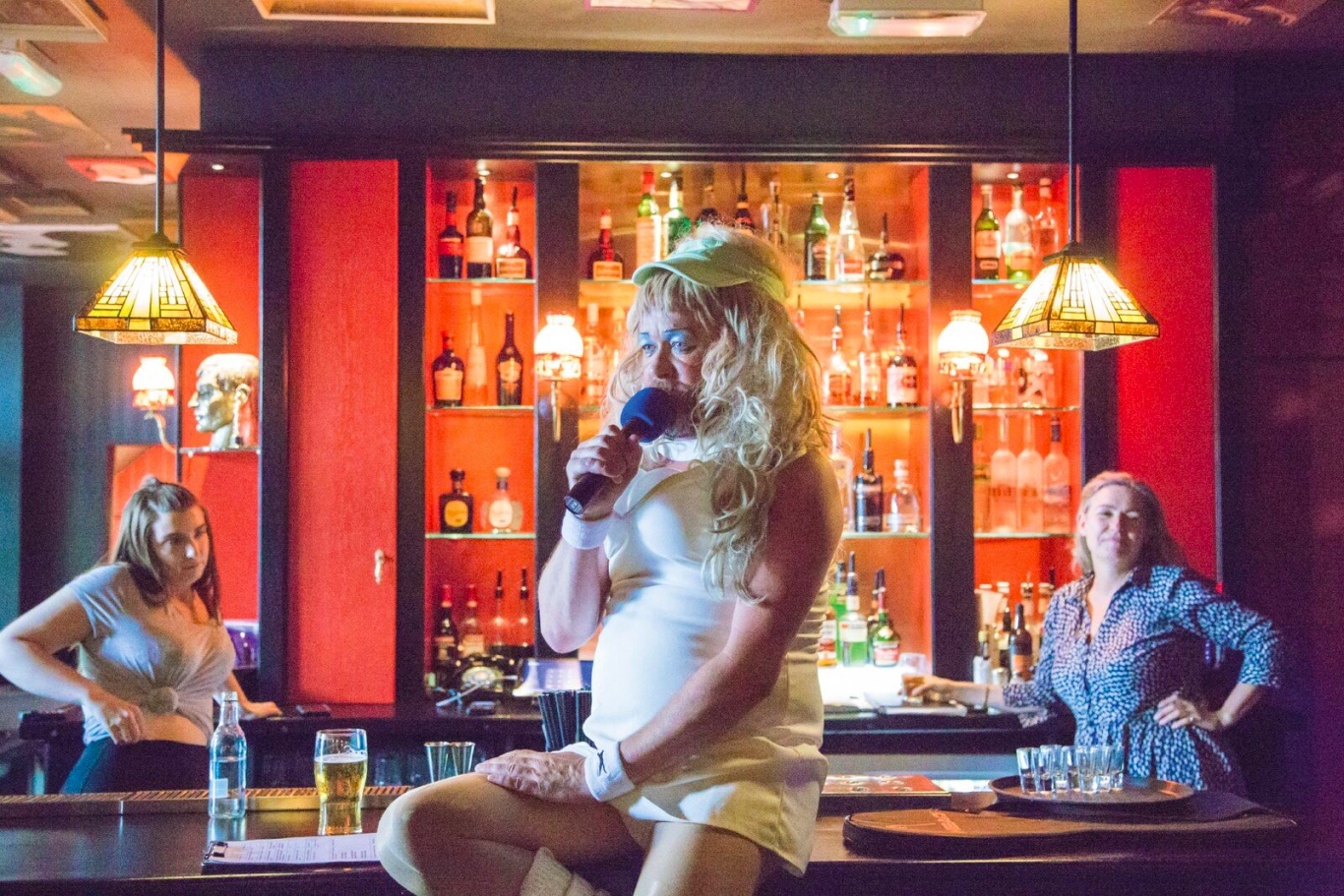 Despite its beautiful Georgian Cleaver Square, Kennington has sometimes felt like a thoroughfare to somewhere else: Clapham, Elephant & Castle, Borough or Vauxhall. But recently it has deservedly gathered a gravitational force of its own.

With the Northern Line extension nearing completion, SE11 is about to earn itself a whole new set of admirers from along the Battersea-Nine Elms stretch. Those not wishing to venture all the way into Central London will find a school of quality boozers like The Tommyfield and long-running local The Dog House. For the peckish there’s plenty of cafes and restaurants, and for the frisky there’s even a friendly sex club.

But most exciting for me is an apparently unassuming pub slightly away from the main thoroughfare: The Cock Tavern.

“I’m a woman!” exclaims the pub’s Canadian manager and owner, Farika Holden. She is friendly, confident and direct as we chat over a rhubarb spritz, sharp and refreshing on a hot evening.

“I’m a women,” she repeats. “A single woman on my own, borrowing money from friends. You think I could get a fucking bank manager to back me? No fucking way!”

But thankfully she’s not entirely alone, supported now by friends and business partners Patrick and Leanne. Between the three of them they come to Kennington with several successful venues under their belt, including shabby-stylish east London LGBT+ bar the Nelson’s Head. With that venue Holden created a boozy post-Britpop space for queer boys and girls who found Soho a bit too Kylie.

“I always say to my DJs, ‘Walk around the bar. Feel the mood. Feel the people’. It’s so important that they do that.” And she has some of London’s most eclectic DJ talent to get the mood just right, including Daddy Issues and Our David. What at first appears to be a standard pub from the outside reveals itself to be a bit of a mini-revolution. Somehow it succeeds in being all things to all people: one moment a boozer, another a community space, another a rocking, sweating dancefloor.

Farika’s design background and business sense made her the manager-of-choice for run-down, under-performing venues. “The places I’ve had were rough as shit; baseball bats under the bar. At the Nelson we had an armed robbery just as we were closing up, customers on the floor, gun-butts against their heads, the whole thing.”

She pauses, and then the eyes shine again. “But you work at it. You scrub. You get on your knees, clean toilets and pick gum off the floor. And as you do that, it comes. You start to get ideas.”

At the Cock, these “ideas” are a beautiful pot pourri of styles. Previously the space had been a Tiki restaurant complete with eccentric detail. Yes, those are Easter Island heads as you pass on the threshold, but instead of eschewing the eccentricities, Holden fused them with the original architecture, a style she mischievously calls, “Georgian Tiki”.

“My mom was a fashion designer so I got the eye. I started in Canada working window displays, then came to London in 1991. My first job was in a Brazilian cocktail bar in the Trocadero, designed by Tom Dixon before he was big. All the fashionable people went there.”

“It’s not finished,” she says. “I’d planned on a soft launch and we’d work on the place during the few months we were getting going. But it’s just been too busy.”

And it has. Come the weekend the place is crowded with an eccentric, diverse and queer-friendly crowd. Being at the venue reminded me why Clapham stalwart the Kazbar was so empty in its latter years: its dark windows and pouting staff were a million miles from The Cock’s confidence and inclusivity.

Holden stresses she is selective about the staff she employs. Everyone in the business – bar staff, glass collectors, security – need to have that special something with customers. And it works: I was remembered by staff on my second visit, a quality I’ve not witnessed on the gay scene since The New Bloomsbury Set opened in 2009.

“What I bring to a place is soul,” she says, quick not to take all the credit. “People are so nice in south London. I am so thrilled with the clientele around here. They’re really, really nice people.” And if you come on a Sunday to enjoy the insane pub quiz – as depicted in the feature image above – you’ll see the best of them getting hammered on the free shots handed out throughout each round.

I ask Holden what her magic secret was. Is it a brilliant connection to the queer psyche? Or the pin-sharp acumen of a busy business leader with no time in the world? Apparently not. “My success?”’ she laughs. “Cleanliness, CLEAN IT! CLEAN IT ALL!”

And she’s gone. Running off to greet another regular by name, offering a drink on the house. South London is most definitely ready for this sparky leader: Kennington’s gravitational force is even stronger than just the beautiful, landmark Cleaver Square.