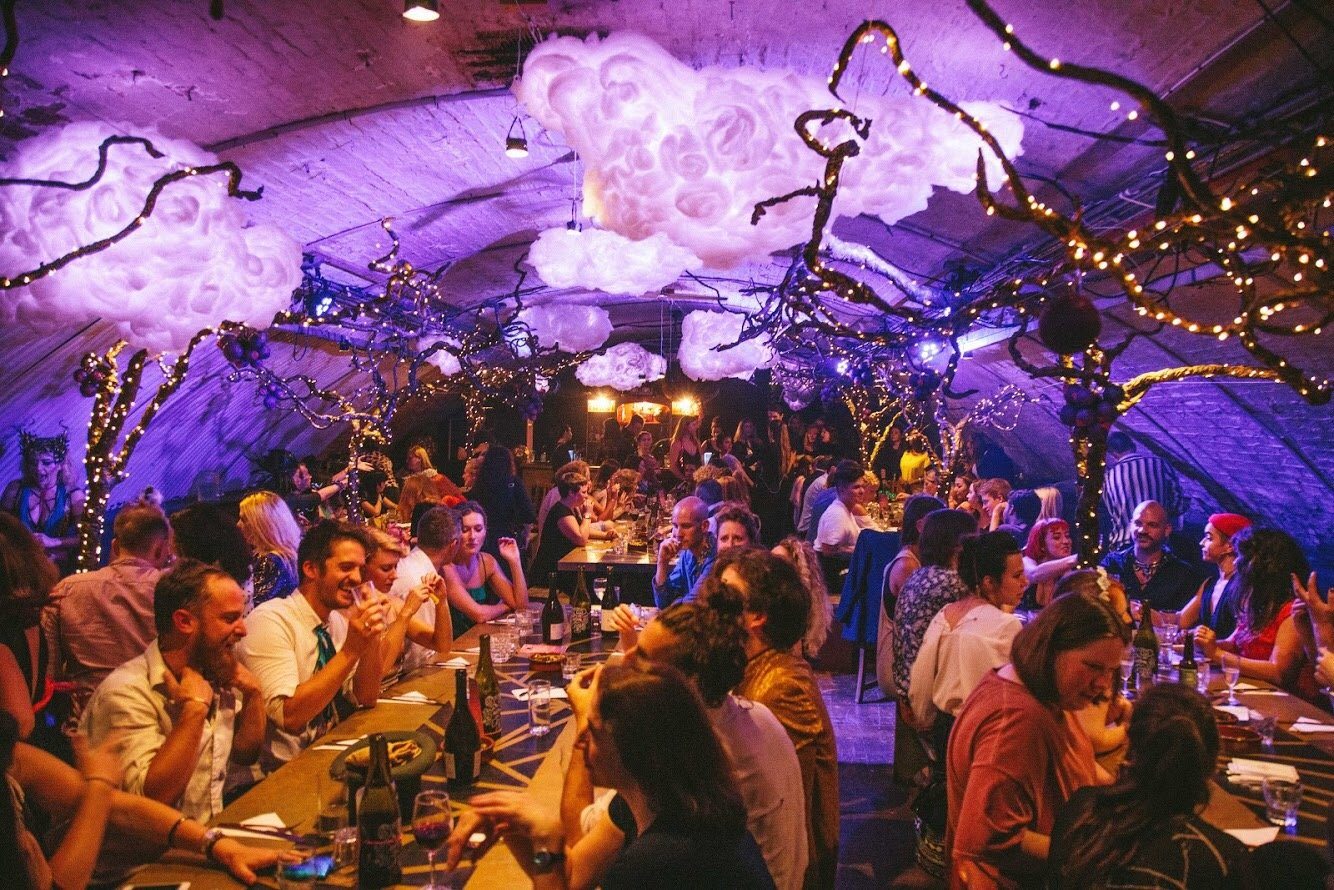 Subterranean SE1 venue The Vaults is looking to Dionysus, god of pleasure and mischief, in its latest smash

s we speak, a trio of maenads are roaming around the Vaults, frantically preparing a banquet fit for the hankerings of the their revered master, Dionysus, the god of pleasure and mischief.

This evening, and every evening until January 12th, the maenads are opening their temple to the capital’s most voyeuristic pleasure seekers, promising them an evening of provocative performance, indulgent grub and uninhibited sexual liberation.

Before they’re summoned into the the great dining hall, guests – who come clad in a range of attires, some rocking post-work office chic, others dressed as bejewelled deities – are welcomed, serenaded and briefed on what to expect once they enter Dionysus’ lair. While supping on a tipple or two, visitors wait in anticipation as Dionysus saunters in, toying with his guests. The charismatic god asks each attendee to close their eyes and draw to the front of their mind the labels they ascribe to themselves.

“Note the identity markers you hold,” he says in hushed tones, “male, female, neither, mother, daughter, queer, straight, black, white. Now, throw them out the window. You can have them back when you leave, but these labels don’t exist in this temple.”

ith that, guests are led through sparkling tunnels into the subterranean enchanted forest-cum-banquet hall. Here they and greeted by bedazzled mythical creatures and ushered to their seat at one of six grand dining tables.

Soon they’re greeted by the first of five courses, which include vegan and meaty offerings, roast guinea fowl breast in red wine jus or a courgette stuffed with Mediterranean bean stew. Each dish trickles in throughout the evening and courses are interspersed with kitsch cabaret performance.

This is another smash from pioneering party-organisers Shotgun Carousel, who’ve created a pleasure-palace with an anything goes feel about the place. Possibly the best place in the capital to unleash your inner deity.