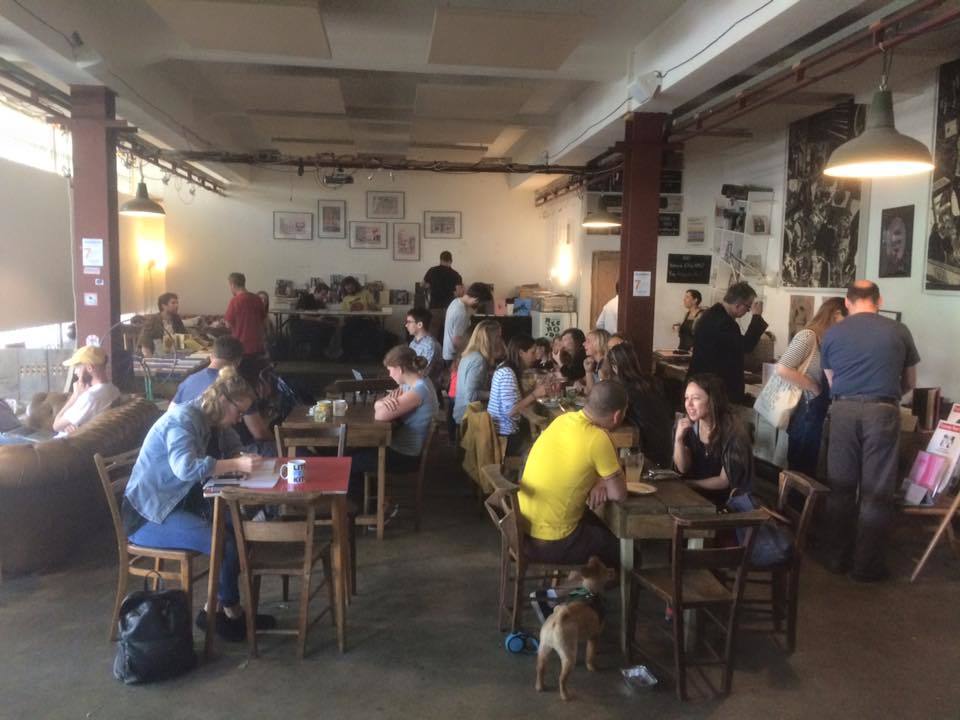 A unique literary feast is set for this SE15 boozer all weekend, says Nicky Charlish

Peckham may have been the manor of Del Boy Trotter, but now ‘bent gear’ is giving way to books. This coming weekend (1-2 Dec) sees the third incarnation of the Uncorrected Independent Publishers’ Fair, brainchild of Michael Curran of Tangerine Press.

The desire to avoid this happening is unsurprising: for the past 12 years, Tangerine Press has been publishing works by various authors, dead or alive, known or unknown, with the roll of honour including the likes of the multi-talented Billy Childish (a Kent coast contemporary of Tracy Emin), novelist James Kelman, and veteran London psychogeographer Iain Sinclair. Tangerine’s books have ranged from affordable paperbacks to collectable, signed limited-edition hard-covers.

This weekend – in addition to Tangerine itself – there’s a pot-pourri of publishers in the line-up, from L-13 Light Industrial Workshop (artwork and artist books) and Open Pen Books (novelettes from emerging writers) to Walden Press (esoteric letterhead books and newspapers). This cornucopia of material will include special event prices on paperbacks, hardback limited editions, artist books, broadsides, screenprints and letterpress gems.

Still don’t ‘get’ it? A clue is included in the event’s title – Uncorrected. In publishing, this is a term for a manuscript in its raw form, what the independent press is all about – or should be: innovative, cutting-edge publishing in its rawest form that’s prepared to take risks.

The presence at the Fair of work from Jamie Reid (L-13 Light Industrial Press) is not only a reminder of his role in designing art for the seminal 1970s Punk band the Sex Pistols but also points to the possibilities of independent publishing today. Yes, the Punk scene was, eventually, seen as overrated and ended in bands either selling-out to major record companies or disintegrating, but it did give the music scene of the time a much-needed shake-up.

It also encouraged some of its more go-ahead followers to explore and develop their own talents. They became proponents of the New Wave and New Romantic scenes, going on to set the tone of the cultural zeitgeist for the next decade. Could events such as this fair herald some sort of renewal of the publishing world?

This summer, the Fair formed part of the Camberwell Arts Festival, and the organizers at Tangerine are hoping that this connection will continue. Meanwhile, Peckham awaits. Get yourself down to check out this enterprising contributor to the culture of the capital – and beyond.