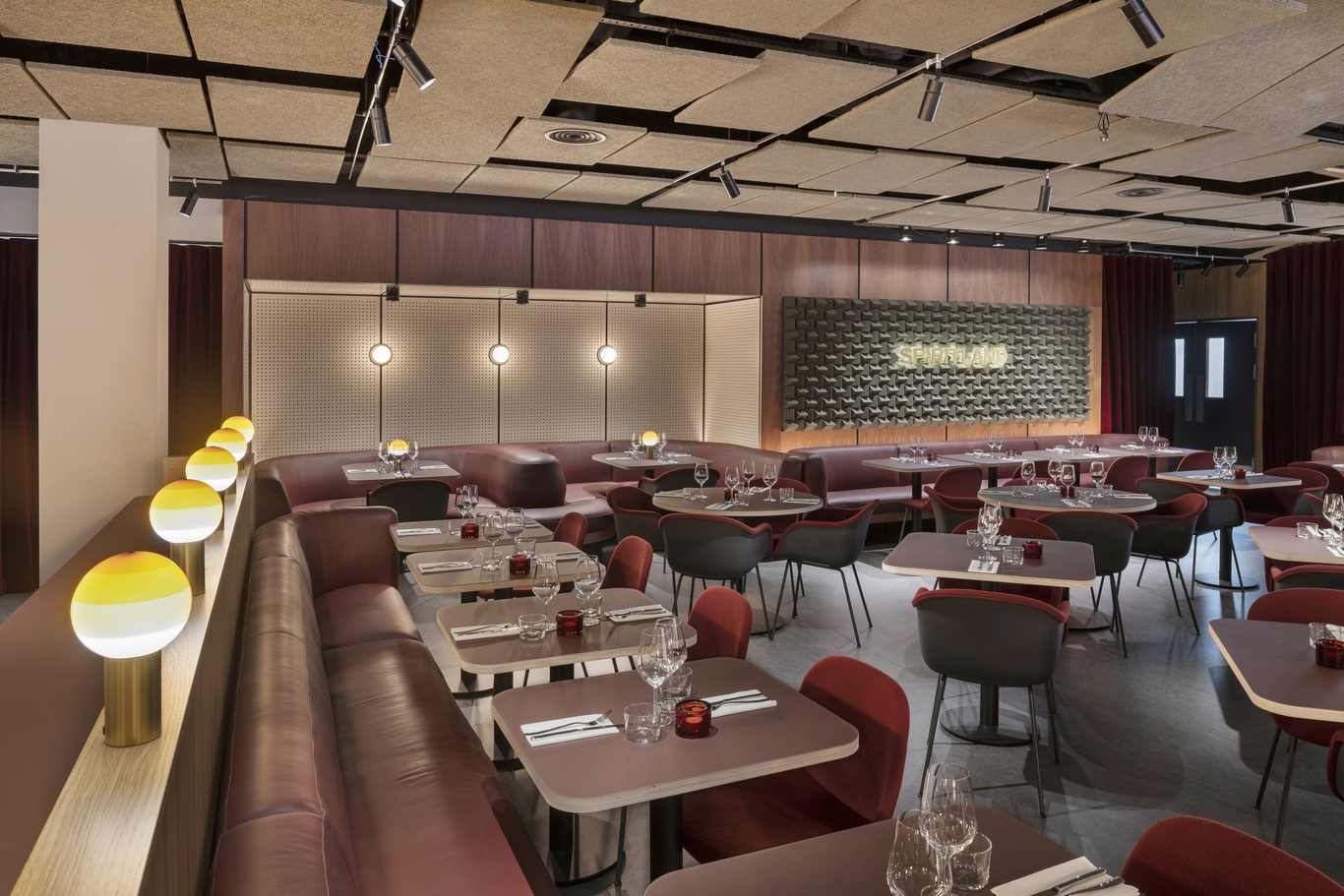 So you’ve never been to… Spiritland, Royal Festival Hall

It's as toweringly ace as the King's Cross original, except three times as big - and with better food, says Stephen Emms

Age: About a month.

Where exactly is it? In the former Canteen outlet at the back of the Royal Festival Hall – directly facing the regular streetfood markets (no sign of them this weekend brrr) with a large terrace too for summer months. We can only dream.

So what goes on there? Basically more of the same as the original diminutive King’s Cross original – but it’s three times the size and with a much bigger emphasis on food.

But there is still music stuff? Hell, yeah. If it’s a programme of talks and events you’re after, it comes courtesy of none other than top broadcaster John Wilson, host of BBC Radio 4’s Front Row, and Spiritland artistic director Paul Noble. And you can expect performances from tons of stars who’ve showed face in King’s Cross including Jarvis Cocker, Hot Chip, Joakim and Jeff Mills: here in SE1 they’ll spin the cream of their collections from Thursday through Saturday nights.

OK I’m hungry now. What should I eat? Quirkily-named head chef Moondog (ex-The Providores) is New Zealand-born and brings his Antipodean flavour-forward style to a menu of sharing plates and classics. We popped by on an icily cold Sunday brunch and devoured a classy tastebud-awakening pile of kimchi rosti, pulled pork, slaw and pickled chillies.

And then what? Well, sliced onglet came rosy with expertly seasoned, nutty pink fir roasties, the bitter hit of cime di rappa (otherwise known as turnip tops) and a piquant salsa rossa; and best of all, flavourfully fatty lamb rump was cut in thick pink slabs on a whorl of creamy celeriac and almond skordalia (a thick, smooth purée made using crushed garlic), with nutritious braised chard for contrast.

The interior: discuss. Atmospheric, theatrical, a touch of Mad Men even, with just a suggestion of the 1970s about it – as well as an Everyman Cinema interior. There are leather booths, wall panels and mellow lighting, even in daytime (for more natural light sit in the airy bar area), with bespoke velvet curtains to add a hint of ceremony (and no doubt good for the sound experience). And those Air Partner speakers: they’ve been made by longtime collaborators Living Voice, the Nottinghamshire-based custom speaker workshop.

And what do I drink? Like its KX flagship, there’s a dizzying wine list, with quality cocktails and craft beers aplenty. We did the dryanuary thing with decent AF beer The Big Easy (0.5%), hoppy with notes of citrus, followed by a non-alcoholic cocktail of clementine, salted pineapple, lemon and rosemary soda. The latter was not quite as exciting as it sounds – a tad Orangina-like with no discernible notes of salt or herb. But still: healthy is good.

What’s the service like? Absolutely lovely, friendly and charming. We had a view of the open kitchen too, framed rather dramatically – and yet separated from the room.

Do say: ‘Let’s go in the evening and share some plates.’