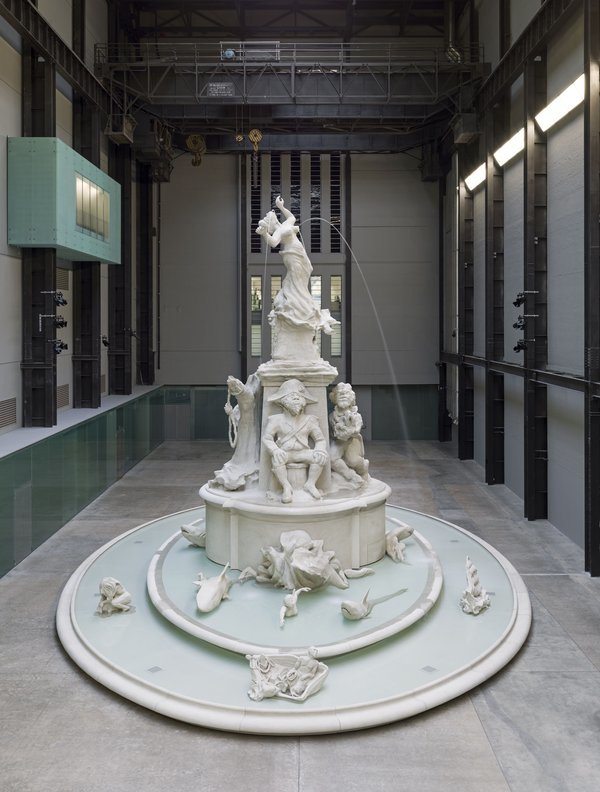 We’re used to the unexpected – bisected cows, dying flies – in the visual arts. But isn’t the Victoria Memorial fountain in front of Buckingham Palace, with its Classical style and colonial symbolism – Victoria was both Queen and Empress – way too conventional to have any shock value? Not when reinterpreted by Kara Walker it’s not.

Walker is a controversial American artist who has been chosen to contribute the current Hyundai Commission (the car manufacturer has a partnership deal with Tate Modern to showcase various exhibitions until 2025).

In the past, her work has looked at topics such as race, sexuality and violence, sometimes causing controversy within her own community, including accusations of pandering to the white art establishment.

Now, with a work entitled Fons Americanus, she gives us a 13-metre high working fountain, using the theme of water to reinterpret the histories of Africa, America and Europe. Water is a powerful symbol, as enslaved peoples were transported on it to work in plantations.

Meanwhile, the figures on the fountain seem, at first glance, to be unthreatening, but really represent such things as slave rebellions and post-American Civil War lynchings of people of colour. In adopting this style of work, Walker reminds us of sculpture from ancient Greece and Rome, where a beautiful flowing style was used to depict mortal combat, enslavement and suffering.

The resulting combination of images makes uncomfortable viewing. But it forces us to think about the fact that history has its dark side, and this must be courageously evaluated not cravenly evaded (indeed, post-colonial Africa has had its share of tragic historical episodes).

Visit this exhibition, and be prepared to confront both the past and the present with an open mind.

This is box title
Free entry, the exhibition runs until 05 April 2020, see www.tate.org.uk/whats-on for full details