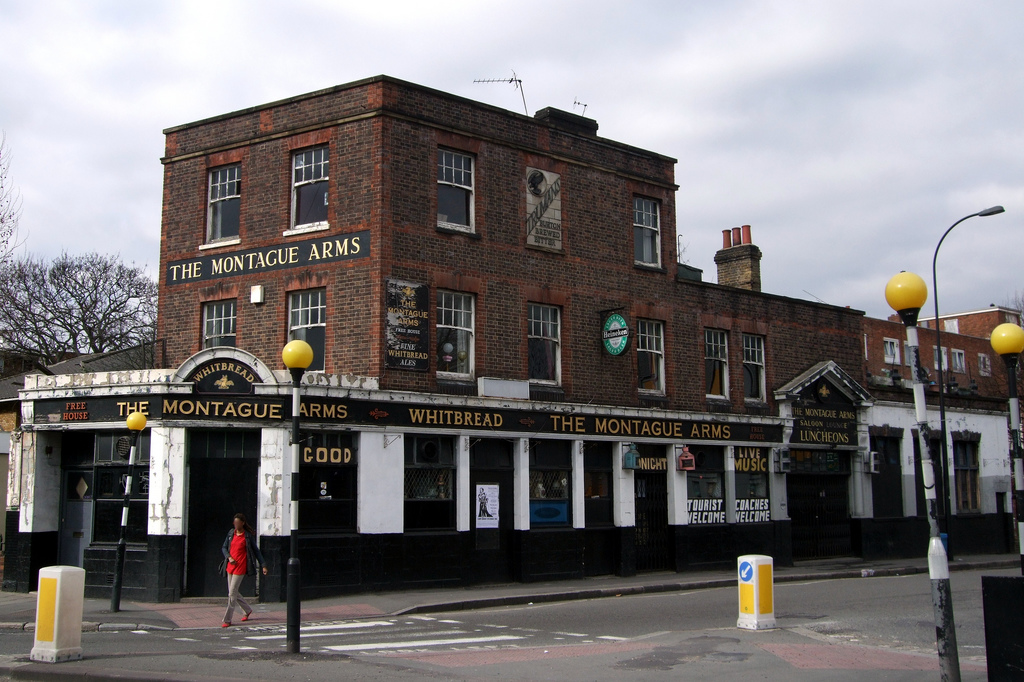 News that The Ivy House in Nunhead has been saved is proof that south London’s pubs have always combined the idiosyncratic with the inspirational, as SE15 resident Paul Moody explains

In December 2011 The Montague Arms in New Cross closed its doors for the final time. Run by charismatic landlord and landlady Stan and Betty Pownall since 1978, the pub had cast a spell on generations of south Londoners, despite a foreboding looking exterior bearing the legend: “Coach Parties Welcome”.

In recent years, an out-there entertainment policy run by promoter Frog Morris had even brought the pub national press attention. “It doesn’t look much from the outside, but once you see the interior you realise it’s the nearest experience you’ll get to entering Dr Who’s Tardis,” Frog told me in 2010 during three years of gruelling research for my book The Search For The Perfect Pub. “It’s a magical place.”

However, when Stan and Betty both sadly passed away in 2011, the Montague’s spirit refused to die. Last Christmas, the pub reopened for one final, illict, fling. Beer was brought from the local branch of Aldi. Makeshift furniture was constructed from upturned boxes, and vinyl copies of cabaret classic Live At The Ever New Montague Arms – featuring blind organist Peter London – were sold over the bar for three quid. When they finally ran out of booze, loyal customers were rewarded with the last vestiges of the pub’s unique décor, including the mounted head of an African Impala, last seen alive on the banks of the Zambezi in 1911. I used to live in Highgate, and nothing like this would ever happen up there. Not even at the Duke’s Head.

As an example of how south London’s pubs can combine the bizarre with the brilliant, it was as inspirational as the view from Frank’s Campari Bar (situated, during the summer months, on the roof of Peckham’s multi-storey car park). But then, pubs south of the river have always been a bit different. I’m originally from Barnet and always found things to be a lot wilder in pubs down here, somehow. Far grungier than anything the West End has to offer, they have an an ethos of independent trading worthy of Britain’s favourite TV boozer, The Nag’s Head in Peckham, where Del Boy Trotter would conduct his business over Tizer and crème de menthe cocktails.

So while unreconstructed  “old school” landmarks like The Atlantic in Brixton (in the building long occupied by Dogstar), The Dewdrop Inn in New Cross and – just recently – The Bun House in Peckham have gone, the unorthodox spirit remains.

Last week, The Ivy House in Nunhead was saved by a group of campaigners determined not to let their local become just another statistic. A Grade II listed building which had played hosts to artists including Ian Dury, Elvis Costello and Joe Strummer, the pub seemed destined to become yet anther Tesco Metro on its closure in 2011. However, thanks to the new Localism Act – which gives residents the right to buy buildings if they have are “an asset of community value” – it was rescued by locals calling themselves The Ivy House Community Pub Limited. Having raised the £810,000 needed to save it thanks to a loan from the Architectural Heritage Fund (AHF) and a grant from the Social Investment Business Group, they now plan to reopen it as a pub incorporating a recording studio and meeting place for artists and musicians.

It’s proof that, while the decline in pub numbers continues to make sobering reading – CAMRA estimate that a hundred closed in the capital and the southeast between March and September 2012 – south London’s pubs continue to adapt to survive.

From classy refurbs such as The Old Red Lion in Kennington, The Montpelier in Bellenden and The Gowlett in East Dulwich, to hidden gems such as The Bird’s Nest in Deptford and The Pelton Arms in Greenwich, there are countless examples of pubs to rival anywhere else in the capital.

But south London’s pubs offer so much more. On any given night you can hear poetry, punk, rock, metal, thrash, karaoke and disco reverberating through the walls of The Amersham Arms, The New Cross Inn, and The Royal Albert on New Cross Road, while – as we discovered just last week – even Princess Diana wasn’t immune to the  nefarious delights of The Vauxhall Tavern (see left).

Craft beer enthusiasts meanwhile, can find themselves in  hophead heaven in pubs such as The Rake in Borough Market, The Crown & Anchor in Brixton and The Priory Arms in Stockwell (plus various Draft Houses). Add local institutions such as The Hermit’s Cave in Camberwell and The Bedford in Balham and it’s easy to think you might never need to leave south London for a pint again.

As for those residents of SE15 still mourning the loss of the Montague Arms, all is not lost. Skehans on Kitto Road continues to be the perfect low key local, while belowtheriver has just heard that Martin Pownall – son of Stan and Betty – plans to open a new blues based pub in Bermondsey.

Just as the river ebbs and flow, south London’s pubs continue to adapt to the changing times.

Drink in one today.

This is box title
Words: Paul Moody. Paul is a journalist and the co-author of the brilliant The Search For The Perfect Pub: Looking For The Moon Under Water, published in paperback by Orion this week. RRP £8.99