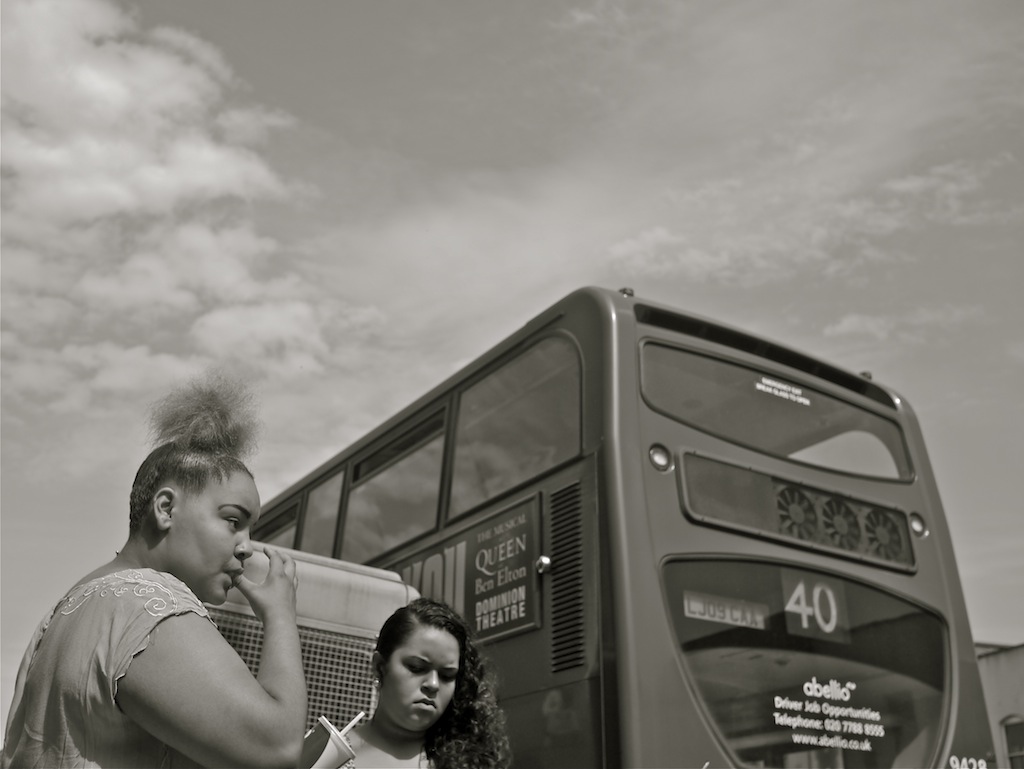 Camberwell-dwelling photographer, Rod Doyle, believes that if you stand still for long enough – especially close to home – the picture will come to you. And that’s just what he did for this documentary project

Rod Doyle has lived on the Camberwell/Peckham borders for more than 30 years, and started his career shooting bands and gigs for music magazine, Melody Maker in the 1980s. Since then, he’s photographed all sorts of performers from burlesque dancers to The Streets with whom he spent 10 years touring – the resulting photographs illustrated Mike Skinner’s autobiography (another chap with south London connections, of course). Now Doyle’s turned his attention closer to home: towards the number 36 bus stop on Camberwell Green, to be precise.

“I have always been someone who sees the ordinary as something special,” explains Doyle of the project, in which he took a series of photographs limited to within 100 metres of the aforementioned Camberwell bus stop. “As a photographer who has lived nearby for so long, I have seen the area as a gold mine for street photography,” he continues. “I have never been drawn to or excited about taking yet another photograph of Tower Bridge or another blurred red bus passing over Westminster Bridge. I believe that if you stand still long enough,the photograph will come to you, and that the best street photographs are taken close to where you live and work.”

Doyle was also drawn to photograph his locale because, he says: “There is an edge about Camberwell and Peckham – at times I have been threatened, shouted at, chased and have had the camera almost snatched from me. But these are things that make the area interesting to photograph. It’s a very obvious thing to say,” Rod adds, “but the diversity of people living here is fantastic, and I hope the photos convey that. As a world traveller I still find it very odd when visiting places in the UK which only have one demographic, and wonder how the people who live in such places can relate to other cultures – but I think that may be another project!”

So in an area as spoilt for buses as Camberwell is, why did the number 36 bus stand out above others? “It’s an iconic route through Camberwell,” Doyle says, “but the project could have easily been called the 12, 171 or 176. but as a finished piece of work I would like the end result to contain 36 photographs – so the number 12 would give me too few, while the 171 or 176 too many.”

Doyle says that lots of people reference the film, Smoke, starring Harvey Keitel as the owner of a small tobacco shop in Brooklyn, when they look at his Camberwell shots. “I have yet to see the film,” he says, “but I understand the main character takes one photo a day from the same spot – not to exhibit them, but just for himself. My motivation is similar – and I also hope that in maybe 20 years time the images will become more historically important as a glimpse of real people of Camberwell. I think photographs like this reveal more as time passes.”

This is box title
See more of Rod Doyle’s work at his website Doylefotografix.