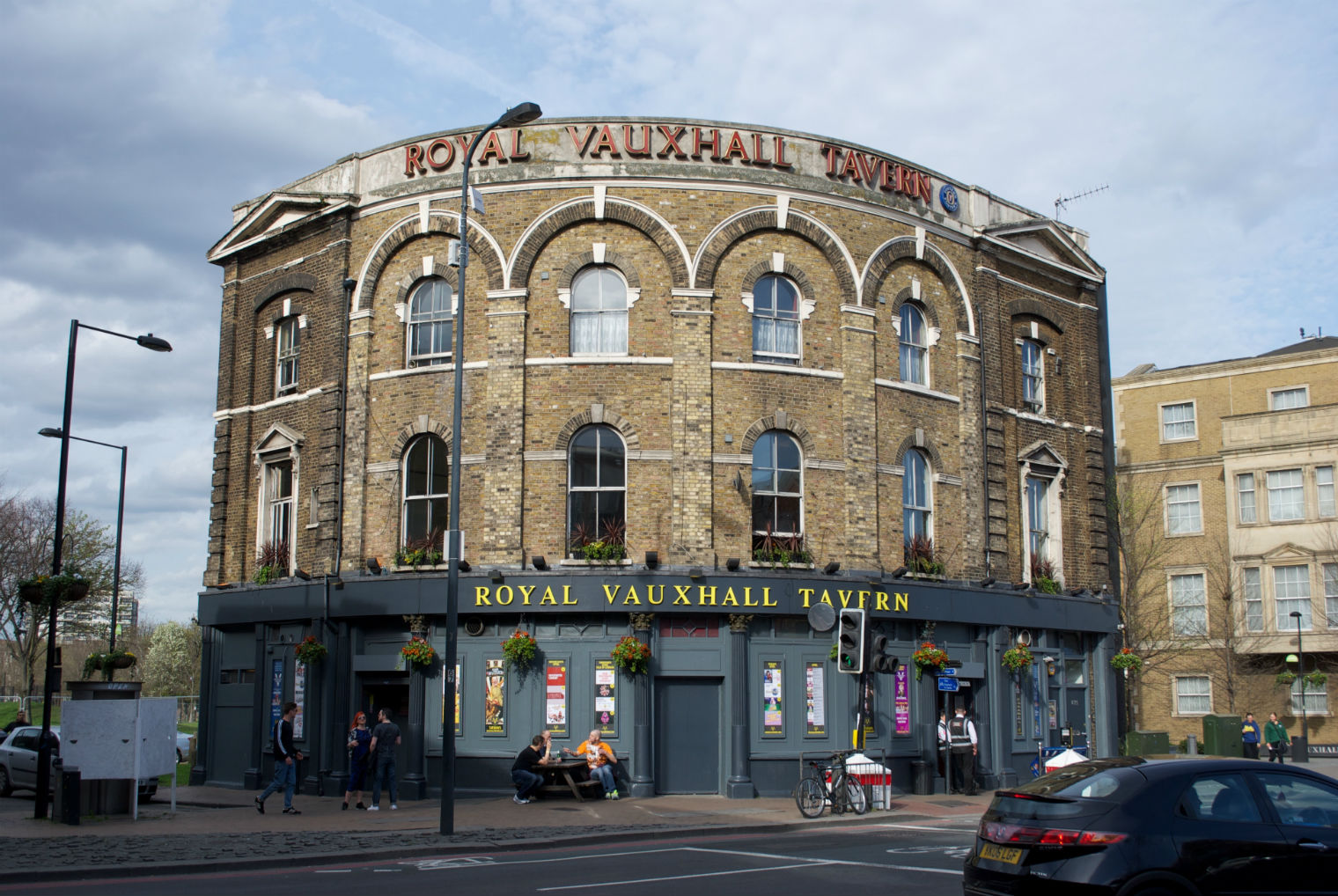 Following a mahoosive community campaign (you can see how many times readers shared our recent story here, for example), the Royal Vauxhall Tavern, the UK’s oldest gay pub, today becomes a listed building.

What’s even more ground-breaking is that it’s the first in the country listed for its significance to LGBTQ (lesbian, gay, bisexual, transgender and queer) heritage. The Department for Culture, Media and Sport confirmed the designation on the advice of Historic England, formerly English Heritage.

The news is a victory for RVT Future, a campaign group made up of performers, promoters and punters who all cherish the pub. It was set up after the Tavern’s sale last year to Immovate, an Austrian property development company. (Incidentally, they’ve declined to meet the RVT community or reveal plans for the site, and even recruited consultants to try to block the listing.)

RVT Future chair and all-round fabulous person Amy Lamé, co-founder and host of long-running RVT night Duckie, says the listing is “a fantastic milestone for our community and a victory against the odds for our beloved pub. We look forward to continuing our work to ensure the RVT remains a vibrant space of LGBTQ community and culture for generations to come. The RVT now joins New York’s Stonewall Inn, home of the gay liberation movement, in being officially recognised for its contribution to social history. We thank our many, many supporters from across London and further afield.”

Built around 1860, the RVT has been a hub of LGBTQ community since the 1940s or even earlier. Paul O’Grady developed his legendary drag act Lily Savage there in the 80s, a period during which the pub was also visited by Princess Diana in drag (see below) and raided by police in rubber gloves. Emily Gee, Historic England’s Head of Designation, said: “The Royal Vauxhall Tavern is an enduring and important venue for the LGBTQ community. Built on the site of the Vauxhall Pleasure Gardens, it carries on the tradition of alternative and bohemian entertainment which is bound up in this part of London’s history and identity.”

RVT Future campaign manager Rob Holley, promoter of RVT night Push The Button, said that they’re now calling on Immovate “to finally talk to us, so we can all ensure this special venue continues to serve the community.

“If Immovate don’t think they can make the Tavern work as a listed pub, we invite them to open discussions about a community buy-out. Sell it to a group of people who actually have faith in the commercial viability of this phenomenal venue. We have the means to do this and some exciting ideas about how the RVT could be improved for everybody. Meanwhile, we invite everyone who cherishes the Tavern to join us at the bar to celebrate!”