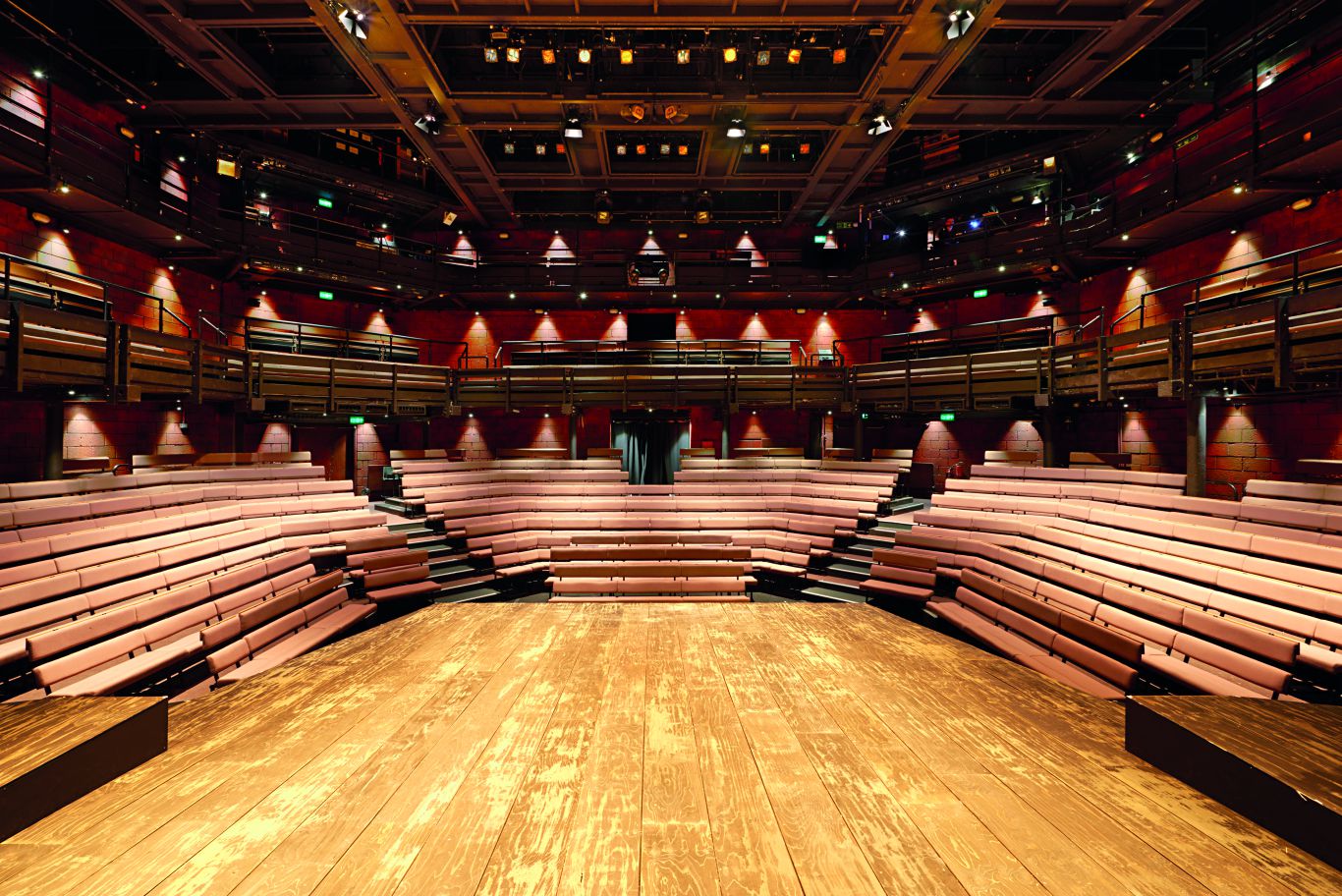 There is nothing fixed, immutable or even hierarchical about the Young Vic. Everyone comes through the same front door – playgoers, drinkers at the bar, actors, deliverymen, schoolchildren – the highly adaptable seating is democratically arranged on oat-coloured benches hugging the acting area, whether that area is a thrust stage or a traverse platform, and 10 per cent of that seating is free to local schools and groups.

‘There is’, says artistic director David Lan, who has been in the post since 2000, ‘nothing like this elsewhere in London or even in New York; it’s an image vision of how we’d like to live.’ No other London theatre exudes such a mood of improvisation and expectancy. And that is because the Young Vic was never intended, in the first place, to last more than a few years.

It was built on a bomb site in 1970 as an outpost of the National Theatre, which was then housed at the Old Vic, under the direction of one of Laurence Olivier’s NT associates, Frank Dunlop, with the specific remit of providing a repertoire of new and classic work for younger audiences performed by young NT actors.

The artistic roots of the place run deep. The first Young Vic company was founded in 1946 as an offshoot of the short-lived Old Vic Theatre School. Dunlop and the NT were building on that legacy when they hit on the bomb site and architect Bill Howell built his breezeblock and steel-frame building which retains – to this day – the butchers’ hooks and green patterned tiles of the original shop. The address – Wilson Brothers, 66 The Cut – is still discernible above the front door.

This small stretch was a terrace of shops and houses. Indeed, one house still protrudes, oddly and intriguingly, above the entrance. There was a bakery next door with an air raid shelter in the basement where fifty-four people were killed in a direct hit by the Luftwaffe on 17 April 1941.

There is a simple commemorative plaque on an outer wall of the new rebuild on Greet Street where, incidentally, you can often see directly into the magnificent new workshop, once an open yard with a tin shed in it. And you can also see the carpenters and scenic artists at work, as you do these days on backstage tours of the National and Covent Garden.

This is box title
This is an edited extract from London Theatres (£30), by Michael Coveney and Peter Dazeley, published by Frances Lincoln, available here.